RIP Tom Clancy News came out today that Tom Clancy had passed away at the age of 66.  He was probably best known for "inventing" the Techno-Thriller genre of writing in books such as The Hunt For Red October, Red Storm Rising, The Sum of All Fears, and many, many more.  He was also a part-owner of the Baltimore Orioles baseball team.  The books in the so-called "Ryanverse", based on the adventures of Jack Ryan, all hit #1 on the bestseller lists, and here at The Pond, he has a couple of shelves all to himself in the library.  It's safe to say that once his books began to be ghostwritten, their quality dropped, but until that point he was clearly one of the giants of the literary world.  I remember when the book Rainbow Six came out... I was running a Waldenbooks here in Duckford, and I bought the first copy out of the box.  I then took it home and put it in a difficult-to-reach location for three weeks, just so I wouldn't read it.  See, I was about to take a week's vacation, and I wanted it to be my vacation read...

I just looked back at the release history of his books...arguably, he hasn't released a good book since 2002's Red Rabbit or 2003's Teeth of the Tiger.  I don't think it matters, though.  Even if you stop right there and include his non-fiction titles (mostly co-authored with "researcher" John Gresham), he has an enviable back catalog to say the least.  Not too shabby for an insurance salesman who sold his first title to a history press for $5000... 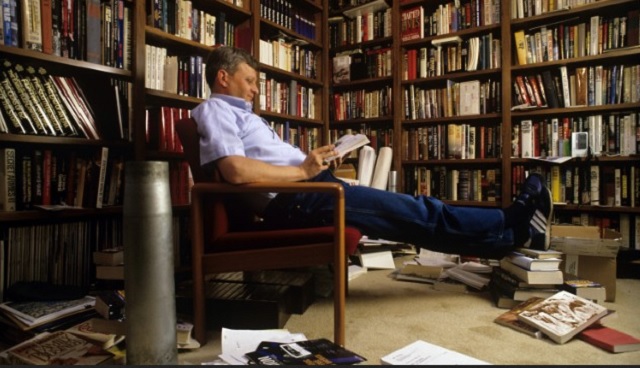 I'll have to put him up there with Heinlein on the short list of my favorite authors.  Now, where is my copy of Red Storm Rising anyway...?

Tom Clancy was, far and away, my favorite author.  Red Storm Rising remains, from the day I started reading the book in grade school, my favorite novel ever and tied with Kaigun for my favorite book.  I truly enjoyed all of his main series novels (Even the latest ones.), while the rest of the stuff published under his name were hit or miss, even the non-fiction - though SSN was very entertaining.

Let us not forget that Clancy, along with his good friend Captain Doug Littlejohn RN (Ret.), founded Red Storm Entertainment, had it worth enough for UbiSoft to buy it, and have entire gaming franchises with his name on it.  It is hard to think of any other author who has managed to do that, certainly with as much as success as he did.

Clancy was also a very, down-to-earth guy, who frequently posted to UseNet newsgroups (alt.books.tom-clancy, naturally enough.) and replied to other people's comments.  He also personally replied to his emails, which show me just how awesome a person could be in under 100 characters.

"May you have fair winds and following seas..."

2 I too recall reading Red Storm Rising in grade school.  That, and Without Remorse were his two books that left a big impression on me.  Also, the first couple of games in the Rainbow Six computer game franchise.

When I learned of his death, it made me feel kind of old, until I realized was only 66.  Sad to see him pass at such a relatively young age.

3 On a sidenote, I should also mention that Mr. Clancy has an anime character named after him.  Another thing that he might be mentioning upstairs...