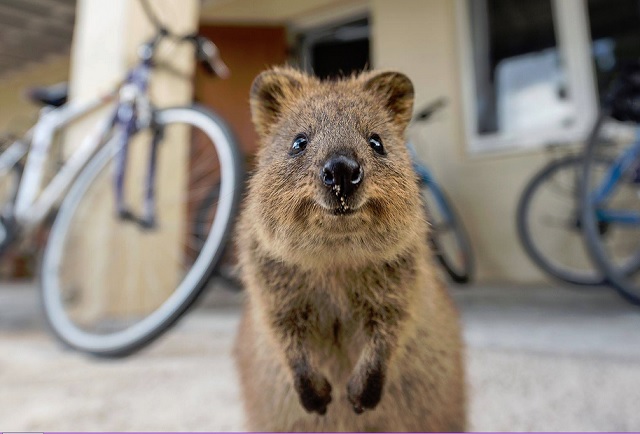 2 Lewis Hamilton is on Sixty Minutes tonight. Apparently they think we'd like to hear cuts from his new album, because that's the most important thing about F1.

Also a segment on John Williams and on Star Wars: Force Awakens.

I thought it was one of these guys, but quokka are cuter.

6 That max-adorbs marsupial was also the namesake of a groundbreaking sports website.  Devised for non-mass-participation (and in some cases quite difficult to cover) sports as well as the familiar stadium games,  it'd be considered bold today from a design and function standpoint, and hardly anybody was doing things like that in the late 90s.    (Alas, not that many users back then had computers, browsers, and Internet connections that were quite up to it either...)

Had its brief gaudy hour extended into the present age of fantasy sports (not to mention broadband and multi-core machines),  I wonder if it would have achieved the mass appeal it needed to survive.