Oh... THAT'S What That Is. Have you ever missed something so badly that you didn't realize you were missing it?  "Why, no, Wonderduck," I hear you say placatingly, air pistol full of tranquilizer darts at the ready, "I've never felt that way before."

I'm a reader.  My apartment is full of books, only maybe a third of them in bookcases.  There are books or magazines in every room of Pond Central save the kitchen (I don't count cookbooks as "books" per se).  Reading for pleasure is one of those great luxuries that make living in an literate society such a wonderful experience. 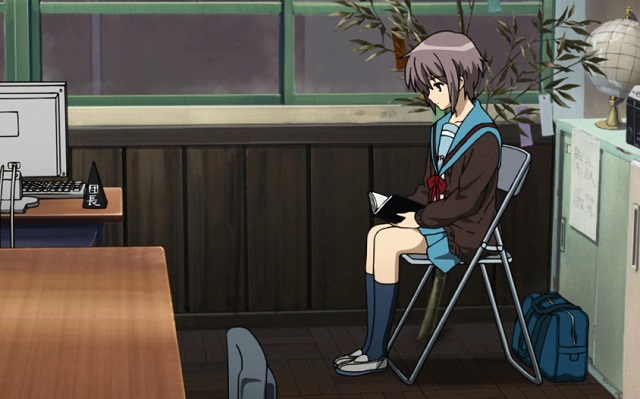 And I haven't done it in well over a year.  Don't get me wrong, I've read stuff... mostly MilHist books, looking for that next germ of an idea for a post here.  Research on ridiculously esoteric topics that only a small handful of people might find interesting.  That's not fun, it's studying.  I do it because I want to learn, but it's different from what I'm talking about.

A week or so ago, I was going to leave a comment over at Brickmuppet's place, referencing my favorite science-fiction novel, Starship Troopers.  I needed a specific quote, and while I knew it was towards the end of the novel, I didn't remember exactly where... so I began to flip through.  In the process, I began to read, instead of skimming.  After finding the quote, I shut down my computer, took my well-worn copy of Heinlein's classic book to the Official Comfy Chair of Pond Central, and began to read from the beginning.

After I finished the book a few hours later, I realized I hadn't read any new science fiction (ie - a book I didn't already own) in a very very long time.  A quick run to Amazon gained me a few new books, and all I could do is wait for them to arrive.  Once they did, I began to devour them... and loved ever second of it.  A book accompanied me everywhere that wasn't the Duck U Bookstore (ironically enough).  I just finished my third new novel, and it's been so much fun! 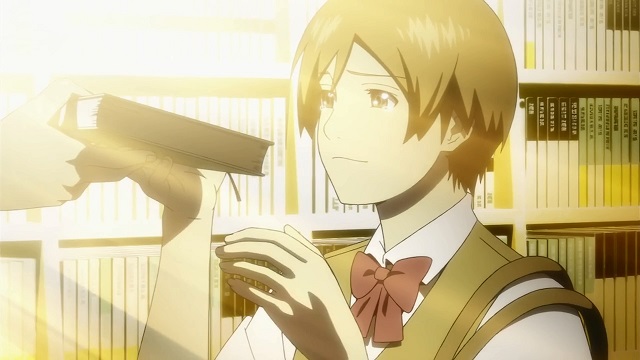 I've been so busy, so depressed, so completely wrapped up in everything else, that I simply didn't realize I missed reading for the hell of it.  This from a person who used to have to read before he fell asleep at night.  It's a bloody bedamned shame, is what it is.

I've had the hardest time finding new books that I like well enough to re-read. I just finished a plow-through of the first six of CJ Cherryh's "Foreigner" books, which are on the one hand excellent works of science fiction and on the other hand a rough slog through the densely packed inner thoughts and turmoils of protagonist Bren Cameron. When it comes to fun reads, I keep having to go back again and again to the classics... and you can only do that so often. None of the newer generations of writers have clicked with me, not at all. Even the books I've mostly-enjoyed, I find myself later with zero desire to re-read.

Then again, as with music, my tastes don't line up with anyone else's. *grin*

2 I need new glasses.  I realized that subconsciously I have been reading less and less simply because it was harder to read up close.  I have alleviated the problem slightly with the use of clip-on magnifiers on my glasses, but my Astigmatism has shifted a little, so it's not a perfect solution.

Still, there's about a year and a half's worth of Asimov's that's piled up, and a shelf full of paperbacks from back when they were reasonably priced that have yet to be read.

The hard part is finding something new that hasn't been loaded up with political correctness. That's part of the problem with the stuff I've been reading in Asimov's lately.  I'm getting a little sick of "Message" fiction that feels that story is subordinate to telling us that humans are bad, especially male humans, and the military and corporations are all evil, but you can get a pass if you're gay.

Recent - although not REALLY recent, considering the backlog - included stories where aliens helpfully eliminated all men on Earth, leaving a society of just women, and another with the human population on a tidally-locked planet wiping out the native population on the opposite side of the terminator line, the revelation that the heroine was a lesbian seemed kinda tacked-on, but it gave you a good dose of anti-humanity and anti military and "noble savages in retrospect" once the last of the monsters are slain.

3 A few hours later? I know the book wasn't that big, but you sure can read faster than I. Cripes sake it took me that long to read Golden Man, if I remember right.

My son got me to read Iain Bank's Consider Phlebas, but it was a tough read for me. I read The Seven Suns saga by Kevin J. Anderson, but again, it took me about a hundred years or so.

I remember my first Quake game. I think it was III. The soldiers left the troop carrier in a manner that reminded me of Starship Troopers.

I have found it hard to read fiction these days.  I know I should, since history and reality have tend to be depressing (REALLY depressing.), but outside of reading what is in my collection right now and light novels, it takes effort to read new fiction.

But I did recently get the hankering to read the original Logan's Run novel that, for whatever reason, I bought at a secondhand bookstore years ago, and was...Not impressed.  Also, it was very short.

5 Topmaker, it's my favorite SF novel... I've probably read it thirty or forty times.  That familiarity does make it go quickly.

My copy is actually older than I am... I really need to pick up a new copy, just so the classic version lasts longer.

6 I have the original paperback cover - yellow pages, frayed edges, the works. My friend, who first turned me on to the book, said it was an homage to drill sergeants everywhere. I think that's about right.

There's a lot of good sf available from self-publishers and independent publishers, particularly on Amazon and for Kindle. You have to sort around and read the samples and such, but then, you always did.

Actually, though, I tend to just grab whatever's cheap and cheerful, or free, or recommended, and just read it. My omnivorousness seems to be coming back under the influence of Kindle indie sf (and other genres).

8 If you have a Kindle (or any tablet), go to the Kindle section on Amazon, search for Baen, and sort by price.  At any time they have 30-40 books available for free.

You can get even more Baen titles (entirely legitimately) here, but then you have to download the CDs, unpack them, find the files, and upload them to your device.

9 Note, you don't need a kindle to read eBooks.  Amazon has kindle reading apps for just about every platform.