Now It Can Be Told You may remember that, a couple of weeks ago, I mentioned that things had gotten a little exciting at the Duck U Bookstore.  You may have noticed that, at the time, I didn't exactly go into much detail as to what was going on.  I'll put it this way: I've applied for an open store manager position. ("Oh, that's nice.")

At the Duck U Bookstore. 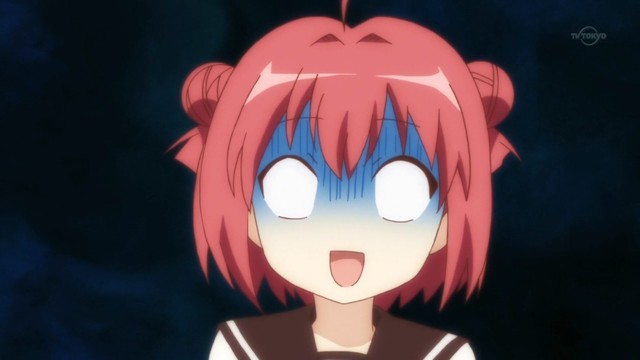 I had my first interview for the manager job today.  Since I didn't obviously pee it down my leg, I gather the second interview will be Wednesday.

I suspect some of you are scratching your head, wondering just what's going on... and believe me, I understand.  The position was open in July, why didn't I apply then?  Well, that's an easy question to answer: I have the self-confidence of a spavined flea (and "spavin" is a word that just isn't used enough these days).  It wasn't until I successfully ran the store through Fall Rush, the busiest time of the school year, that I realized that I could actually do the job... and maybe even do it well, to boot.  Of course, by that time the open position had been filled.  Well, when it opened up again, I immediately got my application in... and here we are.  MUSIC BREAK!

Not only was Pink Floyd's A Momentary Lapse Of Reason an underappreciated album, but the live tour associated with it has what I consider the ultimate in concert lighting design.  The circle, surrounded by all those computer-controlled lights, is an absolutely brilliant concept, best shown by its use during the song One Of These Days.  When I was actively designing for the theatre and I hit a mental snag, I'd pull out the concert video and just watch the circle's antics.  It always got me unsnagged.

So back to the story.  I've been open-to-close ever since everything went down two weeks ago, because I'm the only person in the store with keys.  Or an alarm code.  Or access to the safe.  And the server.  And the ability to do payroll, receiving, shipping, you name it, I'm pretty much it.  So, yeah, a little worn out... but with the opportunity to become store manager of the Duck U Bookstore.  More news as it breaks.

1 If you get this job, will these kinds of working hours become your norm?

No, not really.  The only reason I'm doing open-to-closes right now is because there's nobody else here.  In a normal store, this wouldn't be an issue.

Managers are expected to work as many hours as it takes to get stuff done.  If that means 60 hours in a week, so be it.  At this time of year, 40 would be the norm.  So I guess the real answer to your question would be "it depends."

3 Good luck!  Obviously you can handle it, and it's always nice to officially have the title that goes with the work you're doing!

I'm a huge Pink Floyd fan, and in fact I'm listening to Sheep right now.  Somehow I've never been free to make it to a concert whenever they were close, but that's going to change (at least sort of) this year, I have tickets in hand to see Roger Waters The Wall in may.  I imagine it's going to be quite the experience, I know someone in New Zealand who caught the show there and says it's amazing.

4 I suggest chewing on a Pocky stick in the next interview.  It gives anyone a look of supreme confidence.

5 It seems weird to have to interview for the job you're already doing, but good luck, Wonderduck!