Midway Day 2011 Today, June 4th, is the 69th anniversary of the Battle of Midway.  At Naval bases around the world and on board ships at sea, commemorative events have been taking place over the past couple of days, remembering both the Navy's greatest victory and those who lost their lives during the Battle. 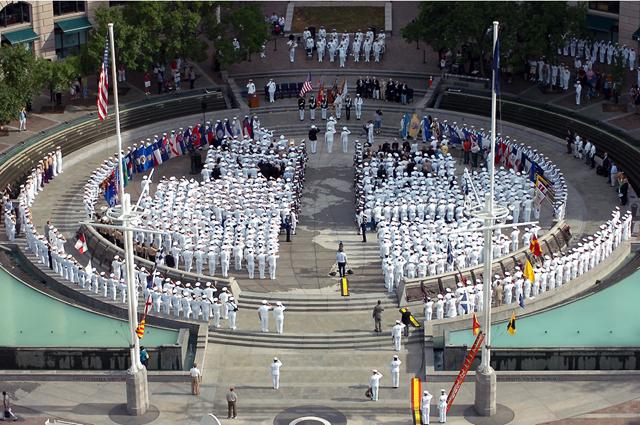 I should have a post or two up later today on some aspects of the Battle itself.  Until then, if you have any questions about the Battle of Midway, feel free to ask and I'll be happy to answer them as best I can.

1 Assuming that the Japanese had succeeded in taking Midway, did they have any plans to actually use it, such as for land-based bombing of Pearl harbor?  Or was it intended solely as bait to lure the US carriers out and sink them?

I was ready to respond to that question, but I should wait for Wonderduck's own post.

From everything that I have read, which includes Tony Tully and John Parshall's Broken Sword, the Japanese did not have any plans for using Midway as a base to launch air attacks on Hawaii.  In point of fact, they did not have much idea on what to do with Midway after they had captured it.

Also, it is questionable just how many aircraft could have been based from Midway, especially larger ones.  IIRC, what the Americans actually had on Midway was essentially everything they could squeeze onto the island.

4 Well, I just posted my answer at my own blog.

5 Is there actually any plausible way for the japanese to win the war in Pacific?

"Is there actually any plausible way for the japanese to win the war in Pacific?"

Only if U.S. leadership folded which wasn't ever going to happen given the sneak attack on Pearl.  To emphasize how foolish the Japanese were was that only 1/3 of America's production was used against the Japanese.  Two thirds was for the Germans which were rightly perceived as the greater threat.

The Japanese war plan can be summerized as: