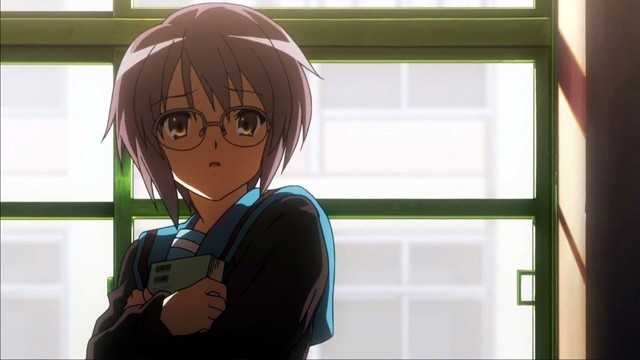 I seem to have misplaced my motivation to do much of anything right now.

1 I found it. It was in the bottom of one of my drawers. I'll mail it off to you ASAP.

2 Well, you've caused me to look forward to the DVD (and hopefully Blu-ray) release of the Haruhi movie even more, which I didn't think was possible. That's an accomplishment in its own way.

(Don't you just want to give her a hug? Though it looks like she might not react well to that.)

3 I think that's the most emotion I have ever seen on Yuki's face.  (Including the H doujin I saw on 4chan.)