Graphics Card FAIL!, Part Two: The FAILening In our last installment, Our Intrepid Hero ordered a dual-slot graphics card instead of a single-slotter.  Chagrined but infinitely wiser, he then began researching graphics cards that would actually fit into his computer, power supply and budget.  A few hours later and a decision reached, the order went in for Nvidia GT240 as released by PNY.  Only 512mb of video ram, but it's GDDR5.  Various benchmarks and tests suggest that it was faster than the 1gb of GDDR3 on many of the other GT240s out there.  And $59 with a $30 rebate?  Score!

The order was accepted, the credit card was charged, and all was right with the world.  Until Monday evening, when I still hadn't received a notice that the card had shipped.  Nor on Tuesday morning.  When I looked back at the above linky, it now said the item was backordered.  Huh?

A quick call to TigerDirect confirmed that yes indeed, the card was backordered, but that an order had been placed with PNY to get more in, and if I hadn't heard anything else by Friday, I should call back.  Which I did, at lunchtime today.  And lo, I was informed that "there is no delivery date."  Ah. 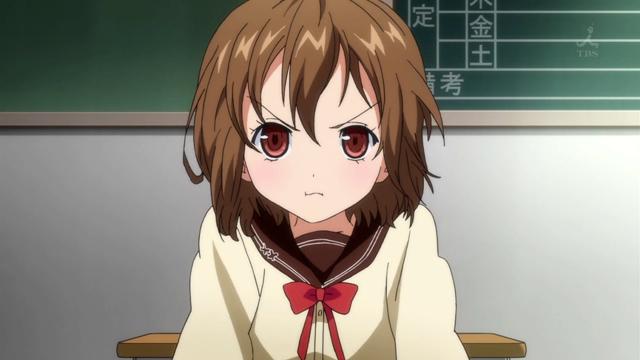 In my many years of experience working retail, I've learned that when I hear "no delivery date," that means that there's a very good chance that there will never BE a delivery date, ever.  And so, I've canceled that order.  So two weeks after I first placed an order for a graphics card, I'm still without one.  I suspect that if I order another one from TigerDirect, it'll be eaten by a Pale-throated Three-toed Sloth or something before it ships.

1 No local retail that stocks 'em? I'm a little spoiled here... Fry's one block up the road, Micro Center two the other way.

2 There's a (BigBlueBox) here in town.  That's about it for computer stores.  Oh, there's some mom 'n' pop stores, but they've got no selection to speak of.  Plus, of course, places like TigerDirect, CDW, NewEgg, etc etc etc are all so much cheaper...

Now, if I decided to drive an hour into the Chicago area, then I've got a world of choices.  But no savings to speak of.

Newegg stocks cards with that chip.

5 I've had a lot of success with Directron - they're good about keeping an eye on their inventory and do a great job with shipping out quickly (even in an snow storm, as we had this past winter).  Try this one:  http://www.directron.com/zt2040110l.html?_s_icmp=filter . The only real catches are that it isn't a PNY and runs $90 - but at least they have it in stock...

7 Based on your previous post, it sounds like you have case-size issues. Do you need a low profile card or is the only problem the single slot issue?  The Zotac is a single-slot, full-height card, if that's a problem.

8 Internally, there's plenty of room in my case.  Well, I dunno if I could fit a single-card SLI rig (only $800!) inside, but a card+cooler combo like the 9800gt from two weeks ago would have fit fine if not for the single slot availability.

9 Heh, a single slot SLI sounds like fun, but I'd have to pass for that pricetag, too.  I'm running a Gigabyte  AMD 785GT mainboard with built-in ATI 4200 hybrid Crossfire graphics, so at some point, I'll be shopping for a card, too - but an HD5670 or better, that'll work with my onboard GPU.  BTW, Directron's where I got most of the pieces for my system and another as well. They have a selection filter and comparison tabs on the Video Cards page that may help you shop there (sadly, no slot filter, though...) Good luck with your shopping; let us know how it goes!