Even Robots Like Ducks! In Episode 02 of the BBC2 series James May's Big Ideas, the presenter deals with such things as powered suits, artificial eyes, AIs, and robots.  One such robot that he meets is able to recognize items just from seeing shapes.  It's actually quite impressive; at one point it sees a chair, then is presented with a computer stool.  It can tell that both items fall into the category of "chair", despite not looking anything alike.  It can also tell that a table isn't a chair, despite having many of the same characteristics (flat surface, four legs, etc etc etc).  Of course, we do that without giving it a second thought, but for a robot/computer to figure it out?  That's quite the feat.

So Mr May decides to show it some items, and what's one of 'em? 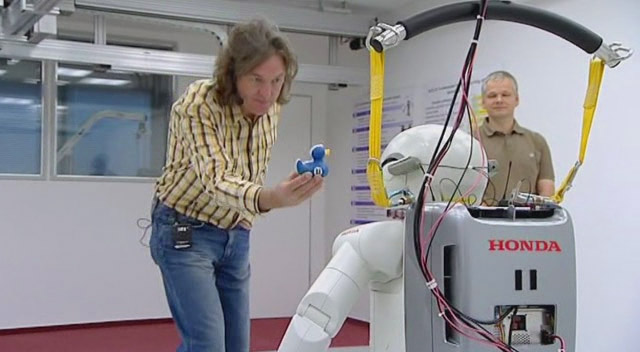 A really nice duckie!  And what does the Asimo see? 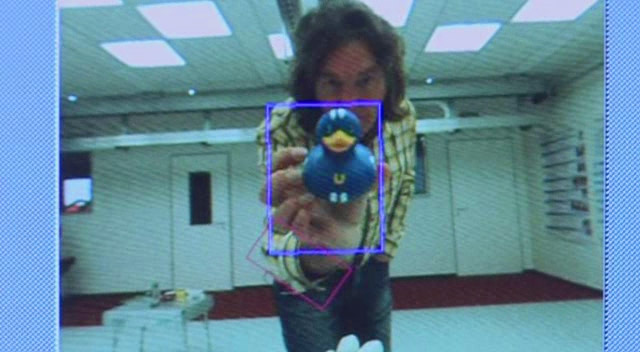 Yep, it knows just what's important in life... though it calls it a "toy duck" instead of the more correct "rubber duckie."  It also completely ignores James May.  Clarkson and Hammond would be proud.

(and for the record, that's a "Racer" Bud Duck... Bud is a fine maker of luxury duckies, and not easy to find in stores.  I've only got three, and they were gifts.)

1 I've only got three, two of which were gifts... none of which are the Racer. I might have to remedy that at some point.