Days Two and Three More book learnin'.  I now know more about medical coding than I ever knew existed, ever dreamed could possibly exist.  Dear god, Dan Brown would be weeping with horror about the infodump we're dealing with... and there's still two days of basic training left before we start in on our specialty stuff.  To give you an idea about how much there is of that, they handed us brand new three-inch binders yesterday.  Occasionally, someone walks in with twelve sets of newly-printed pages for us to put in the binders.  Our binders are already half-full, with assurances that they'll be full tomorrow.  These are the instructions and rules and laws and dos and don'ts for what will be our specialty.  Or, more correctly, the first HALF of our instructions and rules and laws and dos and don'ts for our specialty. 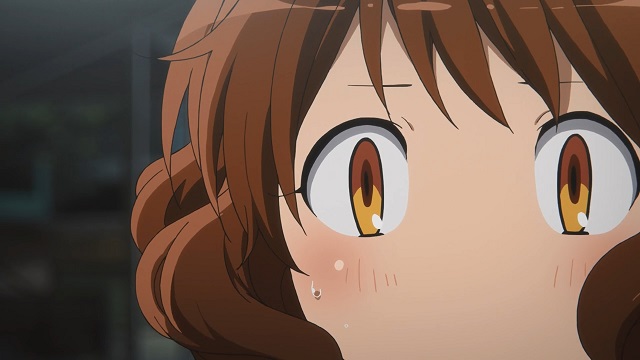 But other than my brain overheating from all the stuff being... um... stuffed into it, it's certainly not difficult.  No more difficult than sitting in a college class.  For eight hours.  I know, I know, construction workers weep at the mere thought.  Really, the hard part is having to get up at 615am to be there by 8am.  I know me.  I know that I can get up, do the morning stuff, get dressed and get out the door in a half-hour if I really needed to, but I'd get to work with a toothbrush in my ear, half my face unshaven, and socks on the outside of my shoes.  So, I give myself time.  It bit me on Tuesday... I came home, had something to eat, checked e-mail, and decided to take a short nap before watching the new episode of Hibike! Euphonium.  My head hit pillow at 830pm.  I woke up around 130am, and was back to sleep by 215am.  When my alarm went off four hours later, the only reason I didn't roll over and hit snooze was because my bladder was acting like it was the Upper Geyser Basin, and there had just been an earthquake.  Well, that and I want to keep this job.

Your Weekly Asuka should be up later tonight, after I have dinner with Vaucaunson's Duck and his lovely wife Geese.

UPDATE: Dinner was great, conversation was grand, and after having watched Hib!Euph, I'm not sure what to say.  So I'm going to stew on it until tomorrow.  Because reasons.  And sleep.

1 That's what you get for being one of the Smart Ones.  You'll be fine.

It could be worse, you could have had to spend 10 weeks learning Boeing Specs, and how to navigate the drawing system.

2 Mauser, I had my own personal copy of AutoCAD in 1994.  I think I'd enjoy that challenge!

3 It's not so much the drawings themselves (The ones the Mechanics have access to are stored in 3D PDF's) but the way the drawings are Tree'd. Most annoying is when you're trying to find an adjacent thing, and the tree goes all the way back to the root.  And no, you don't get a drawing for that....  The engineers get Catia and IVT.

But the specs, those are a Rules-Lawyer's dream come true. The paint ones are the worst because they're written up for the paint shop, but when you're trying to use a 1/2 oz touch-up kit, instructions for mixing up 5 gallon bathes aren't always helpful.  And sometimes the engineers spec a repair pulling up specs that aren't really applicable like that. ("Sorry, I can't put that part in a pickling bath, it's mounted in the plane, and we don't have a tank we can immerse the whole airplane in.") Some of our engineers don't seem to know which end of a screwdriver goes up your nose.

Others are very good, of course. But they aren't the ones who write repair orders.