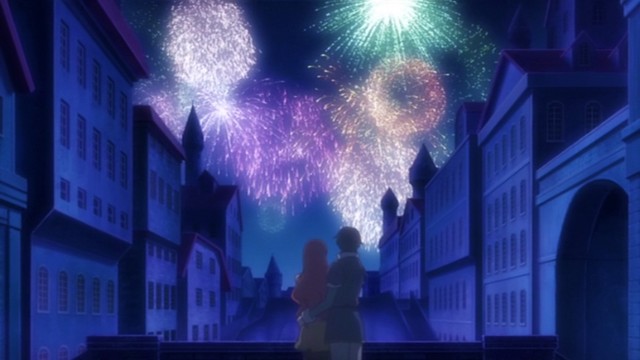 So 2012 saunters its way into the annals of history, leaving 314 posts here at The Pond behind.  It's been a busy year, but has it been a good one?  Let's take a look, shall we?

There's been two big events on the personal front.  Back in February, I was promoted to run the Duck U Bookstore.  The financial boost of that was huge, but the added stress made it difficult for the other event to occur.  In December, I hit the one year point of my ongoing struggle against smoking.  There were other things, of course, but those were the big ones.  Oh, and I played a lot of Skyrim.

In the world of anime, this year started with the long-awaited release of... a game?  Not just any game, but Katawa Shoujo, a visual novel made by amateurs that beat the odds and turned out to be pretty darn good.  I'm doing one major episodic writeup of a series every year, and 2012's turned out to be the zombie romp High School Of The Dead.  While the writeup might not have been quite as fun as 2011's Rio Rainbow Gate!, that's merely because HSotD was a better show, and therefore not as easy to make fun of.  Here's the link to the first writeup, then Ep02, Ep03, Ep04, Ep05, Ep06, Ep07, Ep08, Ep09, Ep10, Ep11, and the finale.  Except, god help us, there was a truly atrocious OVA as well.  Showing more intestinal fortitude than I expected from myself, I finished it up, then barely blogged about anime again... until I started another series!  This time, the foodfighting anime Ben-To was the lucky recipient of my writeup blessings.  It's been slow going, just because life keeps getting in the way, but here's the first episode writeup, then Ep02, Ep03 and Ep04.  The 10th anniversary of the broadcast of my favorite anime, Azumanga Daioh, came and went without mention by anybody but me.

This season was the longest in Formula 1 history, which meant there was an awful lot of blogginating involved.  The first seven races saw seven different winners: Jenson Button, HWMNBN, Nico Rosberg, Seb Vettel, Pastor Maldonado, Mark Webber, and Lewis Hamilton.  When HWMNBN became the first two-time winner of the season, he took a big lead in the Driver's Championship, one that was slowly whittled away over the rest of the season; Seb Vettel won his third championship in a row at Brazil, but only by three points.  Along the way, we saw Kimi Raikkonen win at Abu Dhabi after having been retired from the sport for three years.  We also saw the return of F1 to America, with the United States Grand Prix in Austin.  Unsurprisingly, I was somewhat excited by this and covered it heavily.  Just in that week, there was the F1 on SPEED! entry, 1st Practice Liveblogging, P2 not-Liveblogged, P3 Liveblogged, and I semi-liveblogged Quals, all above and beyond the race itself.  Then the swag arrived, courtesy of the head of Duck U food services who worked the race.  The final race turned out to be the final time we'd see a number of things, Slappy Schumacher amongst them.  Really, it was a great season, the only disappointment being that Seb Vettel won the championship.  With seven winners in seven races, it seriously looked like we have four or five legit contenders... and in the end all we got was more of the same.

Finally, the Military History category got a small amount of good writing, and a bunch of Mystery Ships.  The fifth installment of the What If...? concept looked at the potential effects of an attack on the Gatun Locks by the Japanese.  I introduced my readers to The Shelf, and a comment by reader CXT led directly to me acquiring the ne plus ultra of military reference books.  Midway Day came and went, and just a few days ago I delved down into WWI for an article on the SMS Seeadler.

Not a bad year.  Thanks go out to everybody who has decided to spend some time here at The Pond; without you, this place wouldn't be anywhere near as much fun.  Now let's all put on silly hats and bring in 2013! 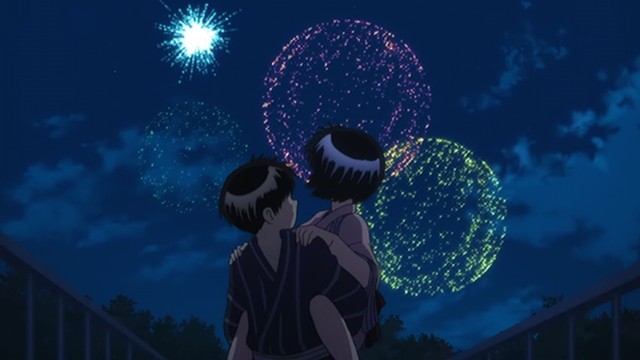