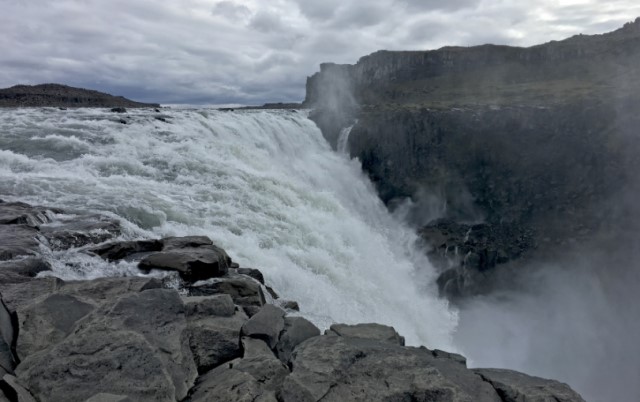 Land of continent-closing volcanoes with names that are impossible to pronounce (or spell)! 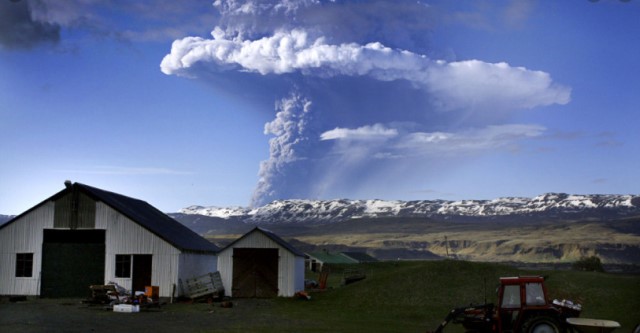 It's Eyjafjallajokull, by the way.
Land of broiled puffin! 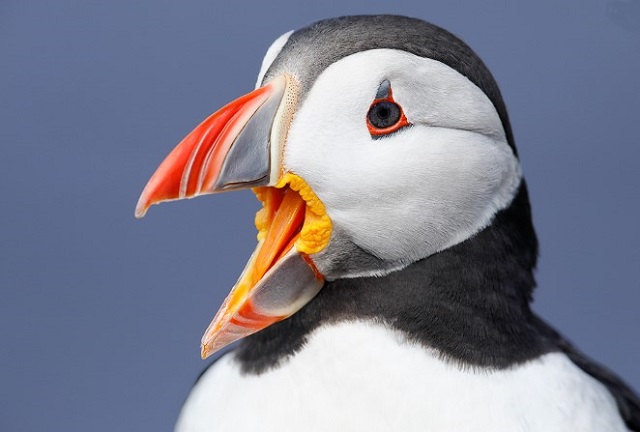 Yes, really.
What Iceland generally is NOT known for is its popular music.  Oh sure, there was Bjork (and the Sugarcubes) and Sigur Ros, you have to be particularly keyed in to know any others.
Until now.
Dadi Freyr is a DJ/EDM/whatever guy, I can only assume that Gagnamagnio is the band, and that considering this is Iceland, they're almost all certainly related.  I went through much of what he/they have on yootoob looking for another gem like Think About Things, and came up mostly empty.
Fans of

Hibike! Euphonium, however, will recognize one tune... for better or worse.
I'll let you decide which it is.

1 Apparently Dadi is the musician and songwriter, and Gagnamagnid is the group of his friends whom he convinced to dress up and dance and sing with him for a Eurovision entry.
I had no idea all this stuff was going on....

2 More detail!!!  It appears that it's Dadi and his sister as the actual musicians, his wife, and three friends. So I wasn't terribly far off the mark as it turns out.
Sadly, Eurovision 2020 has been cancelled this year, so we are not going to get the great Dadi/Little Big showdown that was predicted.  A shame, that.

52 It's that time again.  Once again, I commemorate surviving another year by posting energetic birthday candles.  And lo, here it is:
According to the yootoob comments, the fire is actually adhesive burning off the ablative coating of the engine.  Whatever it is, it's certainly spectacular.

Like 52 candles on a birthday cake for one would look like, come to think of it... just without the smoke alarm going off.  I'm not even sure that many candles is legal in a multi-unit dwelling here in Illinois.

1 Happy Birthday, your Duckness!
If that's your candle, your cake may wind up a bit dry. Add extra ice cream for balance.

2 Happy Birthday, good sir.
The problem (okay, a problem) with these advancing years is that it's tough to justify buying a cake big enough to actually fit all the razzafraggin' candles.

4 Between lit and unlit candles, he could do it in binary....

Now THIS Is The Sort Of News We All Need There is an ARIA movie in the works. 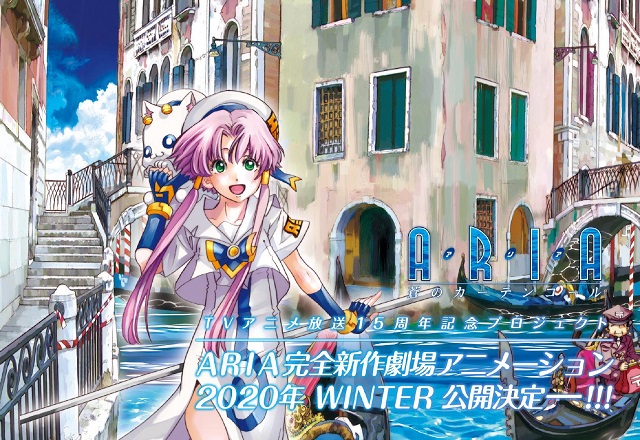 It's coming sometime late this year.  If there was ever a year that we need new ARIA content, my god it's this one.

This is a 15th anniversary project for the series.  Information is sparse at the moment, but it's officially sparse, as the announcement is up on the publisher of the ARIA manga's website.  I think we all assumed that after Avvenire, our trips to Neo-Venezia had come to an end. 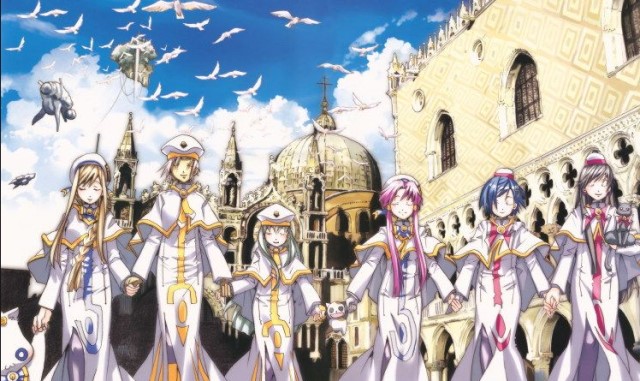 I've never been so glad to be wrong about something in my entire life.

Happy Not Tax Day! Last night I fired up the H&R Blockhead website in preparation to have teeth pulled... i.e., do my taxes.  I went through all the usual rigamarole... do you need to update your address, phone number, marital status, shoe size, all that sort of thing... but then, what to my wondering eyes did appear?
A message saying that the deadline for filing your taxes has been moved to July 15th.
At first, I didn't believe it.  I would have heard something somewhere, right?  That's not one of those things you just miss, right?
Right?
Anybody?
So it was just me?  For some reason, I find that I'm not at all surprised.
But woo-hoo!!!  Happy time for a little while longer!
So... how are you?  Holding up okay?  Yeah?  Anything I can do to help you through? 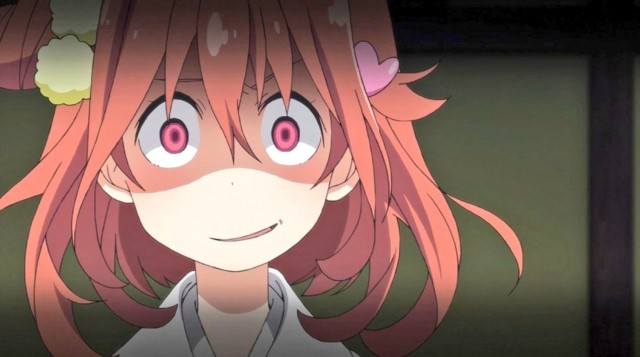 1 I finally did my taxes yesterday, and was pleasantly surprised to get nearly $5,000 back. That'll come in handy while I'm job-hunting. I'd expected to owe a little to the feds and get a little back from the state, like last year.

Unrelated, I just found the little box of mini onsen duckies I never mailed to you last year...

2 We did ours months ago...we got $37 back and a lovely notice that we have to pay estimated taxes each quarter this year. Supposedly, the deadline for the first payment got moved back, but I didn't trust that announcement, so I went ahead and sent it in. You'll be surprised - nay, astonished - to know that the IRS cashed the check within a few days of its mailing.

3 Make sure that your deadline was moved for both federal and state taxes.  I know Oregon took about a week to come to the decision that they would also postpone the filing deadline.
I always do my taxes pretty much as soon as I get all the required documents at the end of January, I got in that habit years ago when I was always getting large refunds.  Now that I've got it more balanced and I usually end up owing the fed a small amount and getting just a little bit more than that back from the state, I may start filing closer to the deadline, in case stuff like this happens.

4 David, Illinois has indeed postponed to July 15 as well... I spent a lot of time last night making sure both Fed and State were really delaying.  Whee!

5 By the way, if you don't qualify for Free File, but don't need all the "Advice" Turbotax gives you, there's also a Free E-Forms program at the IRS. The only thing it does is calculate the fields and you have to add whatever schedules you need from a list. Then you can file it for free, which beats paying the $74 they charged me last year for the equivalent of filling out a 1040EZ (Which no longer exists). Since the increased standard deduction finally outweighed my itemized ones.

6 Got mine done early (every year), and got $4 back. Nearly perfect.

7 Mauser, I've used H&R Blockhead's free filing service for... a decade?  Around about that long, anyway.  Sadly, 2019 will be the last I qualify for the service... I'm aging out, like a member of an idol group.

8 I thought the limit on free file was just Income.

9 Nope, age is part of it as well.  If you are 52 during the year involved, you are no longer eligible to free-file.

10 Huh, I had never run across that. Then again, after I got my current job I eventually crossed the income threshold.

But the change in the standard deduction really threw things off last year.

Yep, I'm Still Alive I've had more phone calls in the past two days from actual human beings than I've had in the past six months, and all because I haven't posted anything to The Pond in the past week.  It's like... people actually care about me or something. 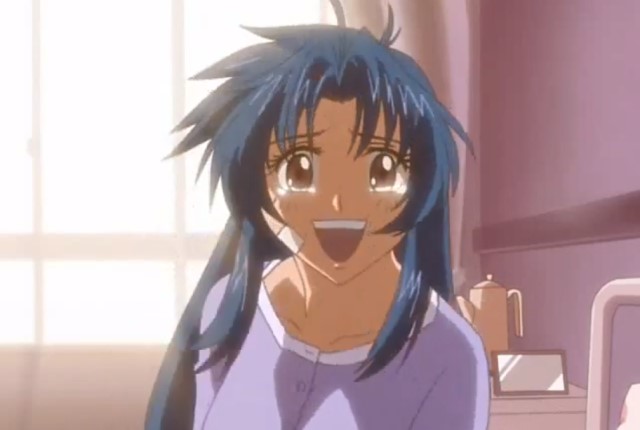 While this whole social distancing/don't go out thing is second nature to me... it's all I've been doing for months anyway... I've begun to see signs that even I need SOME human contact once in a while.  I'm not sure which is more disturbing, that I legitimately thought I didn't, or that it took this long to prove otherwise.  I'm watching a lot of Twitch streams... there are even human faces in a couple of them! 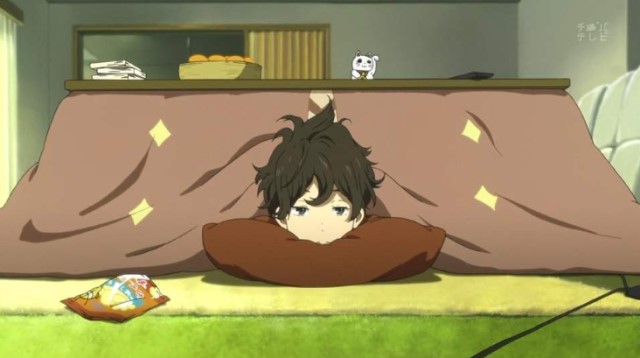 Hope you folks are doing better than me in your isolation!

I'm still playing Fate Grand Order quite a lot, and quite happily. Remember back in 2018, there was a show called Today's Menu for the Emiya Family?  It was essentially a slice-of-life version of Fate/Stay Night where everybody is alive, healthy, and happy.  Yeah, in other words exactly the opposite of the rest of the franchise.  Here's what the ED looked like:
Light and fluffy, yeah?  Well, someone sat down and decided to redo it for FGO.  Here are the results:
Yeah, I'd play THAT game.

2 Okay, that was wild, I managed to get both videos playing at once, perfectly synchronized.

3 Oh yes, that's seriously worth putting the effort into doing... it's perfect!!!