I'm On A Horse I've been playing Skyrim again.  This is my horse, Shadowmere. 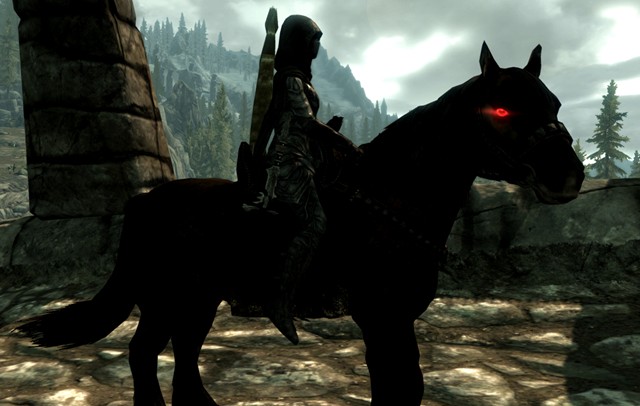 As you can tell by the glowing eyes, Shadowmere is kind of a badarse.  I've seen him go head-first into a dragon's breath, come out the other side on fire, and start kicking all sorts of dragon butt.  There's another talent Shadowmere has, however... one that's much more valuable. 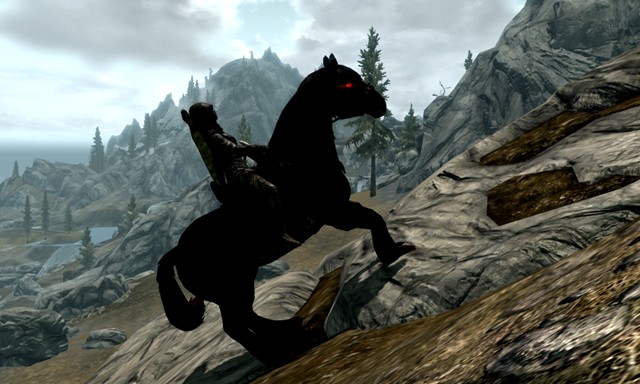 That's the only way I can come up with an explanation for his ability to emulate a mountain goat, or a 4x4. 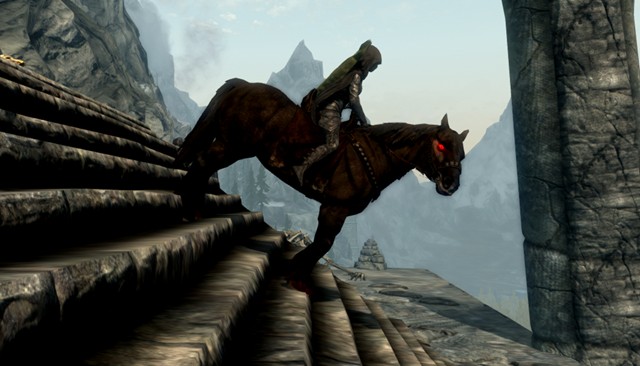 Maybe he's part-spider.  Or perhaps his horseshoes are covered with crazyglue.  Because there's no other way you can make sense of this: 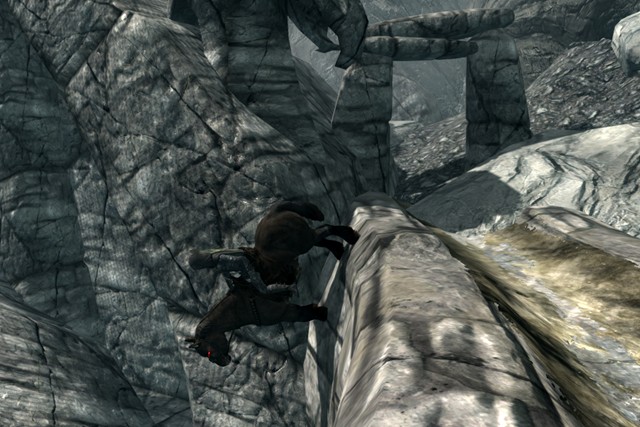 He's an odd one, my Shadowmere, but he's great to have around all the same. 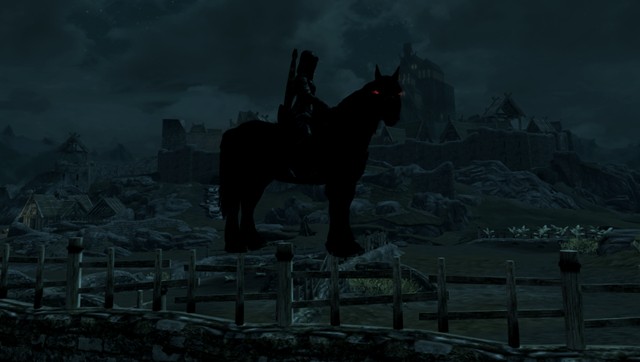 True story: I lost Shadowmere.  I rode him to a city, dismounted, and entered.  When I came back out, he was gone... since he's such a badarse, I assume he went off and cleared a bandit haven on his own.  It took three weeks of real-time for me to find him again, on a completely different part of the map from where I last saw him.  Complete and total luck... and I'm glad I did. 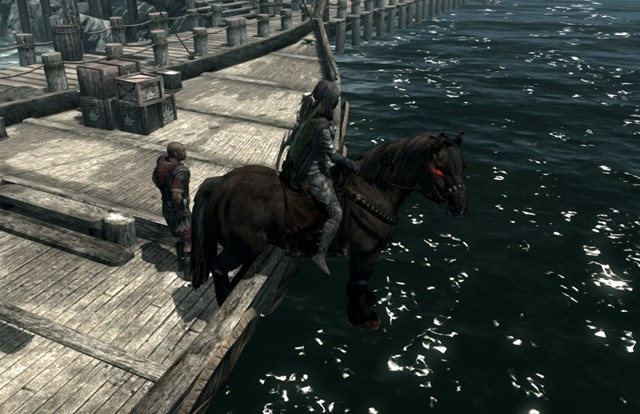 1 It would seem he can walk on water, too.

3 It suddenly makes sense - how the dragons can fly, how your horse can walk up walls.

The people in Skyrim are, by our measure, no more than an inch tall.  Your horse has teeny tiny hairs on its feet like a gecko.  And while a sixty-foot dragon couldn't lift its weight off the ground even with a JATO assist, a six-inch one could do aerobatics like a hummingbird.

4 Interesting bit: a guy I used to be friends with, in Iowa, built a huge and elaborate D&D campaign world, and it was called Shadomyr.

5 Skyrim has catgirls. Please, think of the catgirls.

Mounts do that in Everquest2, also.  Even if it's something like your stairs picture, but only the edge of a carpet on the ground.  Mount sits at a 45-degree angle with his hindquarters sunk into the ground.

Which is an improvement over what  the graphics engine did a couple-three years ago, when any mount would always be perfectly level (no pitch or roll) no matter what he was standing on...