Elfstedentocht? I Don't Even Know Her! Every once in a while you get a double-bonus situation that drops in your lap.  I was aimlessly wandering around yootoob, as one does, clicking on whatever struck my fancy... um... fancily.  From a train line that stares Mt Fuji in the face to an absolutely killer electronic track called Turbo Killer to a discussion of Cthulhu's Family Tree to a fan-made Spess Muhreens mini-film to a music video involving very angry ducks, it's been a mix of good and not-so-good (not seen here)...
...and then I stumbled upon something called the Elfstedentocht, or Eleven Cities Tour in English.  For those of you who, like me, have never heard of it, the Elfstedentocht is a 200km long speed-skating event held when the weather allows in the Netherlands.  As can be guessed by the name, it runs through "the eleven historic cities of the province of Friesland" via canals, rivers, and lakes, beginning and terminating in the city of Leeuwarden, which I'd only heard of because it was the birthplace of the noted spy Mata Hari.
The race has only been held 15 times since 1909, with the most recent having been in 1997.  See, the entire route must have at least six inches of good ice on it... no thinning ice, no mush, and at least a 12-day stretch of sub-zero Celsius temperatures preceding a race.  As you can guess, this is A Big Deal; there's usually just 48 hours warning that the race will actually occur.  Apparently in 2012, the last time conditions appeared perfect, it hovered right below the target for long enough that any tiny temperature increase would have nixed the race.  On the day the "go" would have been given, organizers said "no" for safety reasons, disappointing the 16000 casual skaters, 300 racers, and the entire nation.
In 2013, the Elfstedentocht organizers, as part of a Leeuwarden festival, contacted Public Service Broadcasting and asked them to write some tunes about the race using historical footage from earlier events.  Of course they said "yep!"
From what I've read, the 1963 race, shown in this second video, was held in absolutely brutal conditions: overly cold, strong winds, and snow gunking up the ice.  Only 69 out of 10000 people were able to finish it, and the winner did not realize he had actually crossed the finish line due to being snowblind.  Broken bones and eye damage were common that year.
I had no idea these tracks existed until they fell into my lap.  A rare bright spot on another shut-in sort of day.  Enjoy!

1 Ah! I utterly failed the point of Public Service Broadcasting by not researching the title of the song when I bought it. Dopey me.

I have the Carpenter Brut triple-album. There's some good stuff in there, though Turbo Killer is indeed the high point.

2 And for some reason I was reminded of Heinlein's Red Planet.

Well, I Dunno So I've been sitting here trying to figure out what to write and honestly can't come up with anything worth reading. 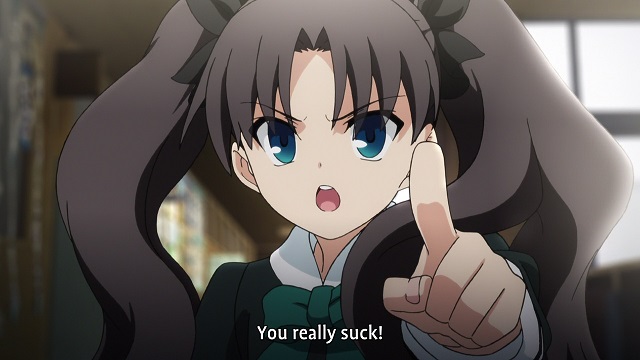 This is the point where I say "There's some question as to whether or not I ever did," of course, because that's one of The Pond's normal jokes.  Really, The Pond could write itself... probably do a better job than I could anyway. 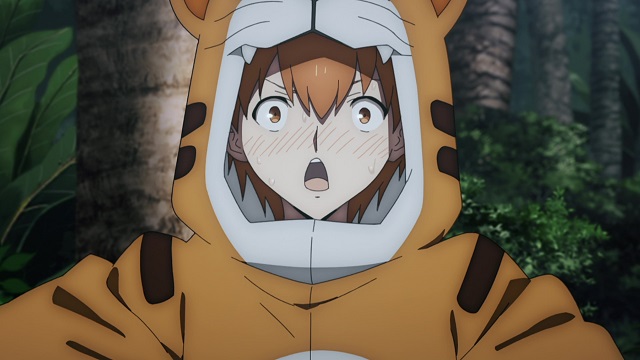 The Pond's been such a part of me for so long that I can't imagine letting it go but it's not like I'm doing anything here either.  Any requests for topics?

1 Is there anything new (or old, really) that you're watching nowadays?

2 I'm in the same boat... spending all my time playing games, which is fun, but I don't really feel like talking about what I'm doing in them is particularly interesting for people.

3 Hm. Thoughts on whether history would be substantially different if Winfield Scott had somehow defeated Franklin Pierce in the Presidential election of 1852?

4 There is something screwy going on with your site. Sometimes I see this post with one picture and sometimes with two, but most often I get a "502 Bad Gateway" when I visit the Pond. I usually need to reload the page several times to see it properly. This happens in Vivaldi, Brave, Edge and Safari on my Mac. It doesn't happen with Brickmuppet's or Pixy's sites.

5 That was my fault.  This is a mu.nu blog running on the mee.nu software and I made a routing change that was causing a problem.  It should be working now.

The Loss Of A (Little) Giant No, not that one...  Little Charlie Baty.  Come with me on a voyage back in time...
The year was 1987.  Duckford was in the midst of its annual end-of-summer music festival, On The Waterfront.  Yours truly, having wandered away from Vaucaunson's Duck and some others, had stumbled upon a smaller stage... one of seven that year... as the sun had begun to set.  While most of the people attending gathered for that year's headliner... Duckford's own Cheap Trick... to take the main stage, tucked away back here a young Duck was about to be truly exposed to a form of music he'd never heard before: The Blues.
While Rick Estrin was the frontman for the band, it was guitarist Little Charlie Baty that led The Nightcats.  He "retired" from the band in 2008, still playing with them at certain festivals and shows in Europe, but he certainly didn't stop playing live.
I thought you had to be down on fingers to play Django Reinhardt correctly. His studio stuff didn't stop either.
The album "Skronky Tonk" was on got a four-star review from Downbeat, long the bible of blues and jazz music, and a notoriously stern grader when it comes to music.
While I only found out a couple of days ago, it turns out that Little Charlie passed away in March from a heart attack.  He was 66.  While I probably would have been a fan of the blues even if I didn't stumble into that small outdoor concert tucked into a back corner of a large festival, I think it certainly helped that the Nightcats were my first exposure to them... they were both talented and funny at the same time.  I even bought their album that night... yes, on vinyl.
Thanks, Little Charlie... you were a huge influence on my music tastes, and I may not have realized it until just now.

1 Dang. If I was still in touch with my old radio mentor/boss Bob Ancheta I'd ask what he thought of Little Charlie. (BA has been a blues hound most of his career.) 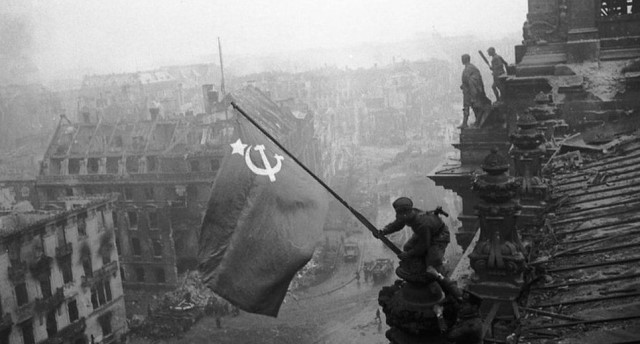 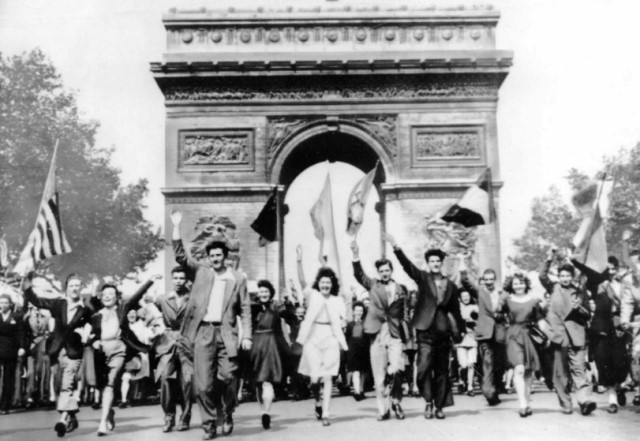 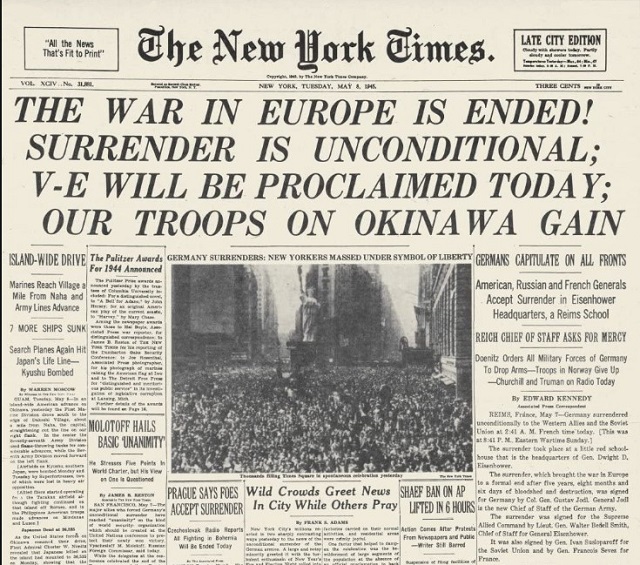 A reminder in New York that the war still went on. 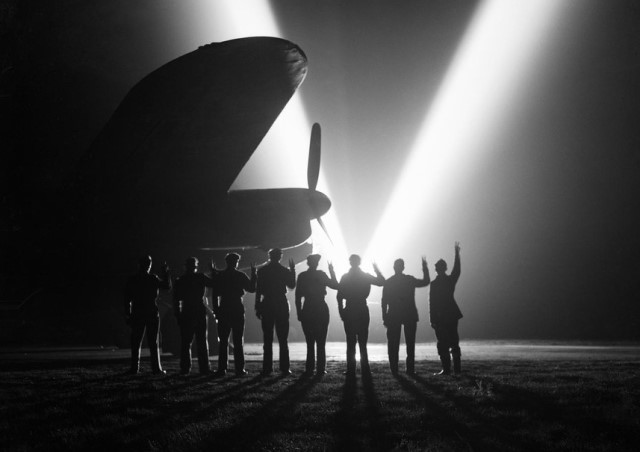 Lancaster crew and spotlights
75 years on, I'm beginning to believe that we've forgotten what a real threat looks like.  Disappointing.

1 I'm concerned that we are becoming the real threat. Which is a statement painted in broad strokes, obviously, but dammit it'd be nice not to live in a country that's part laughingstock and part object-of-hatred-and-fear.

2 In other news, duck protection is available.

We don't live in a country that is part of the Eurovision contest.