Ten Years Of Joy April 8th, 2002 was just another day for many people.  They woke up, went about their daily business, came home, and went to sleep.  But in between waking and sleeping, some of these people were fortunate enough to watch something wonderful occur.  For it was on April 8th, 2002, that Azumanga Daioh premiered on the TV Tokyo network. 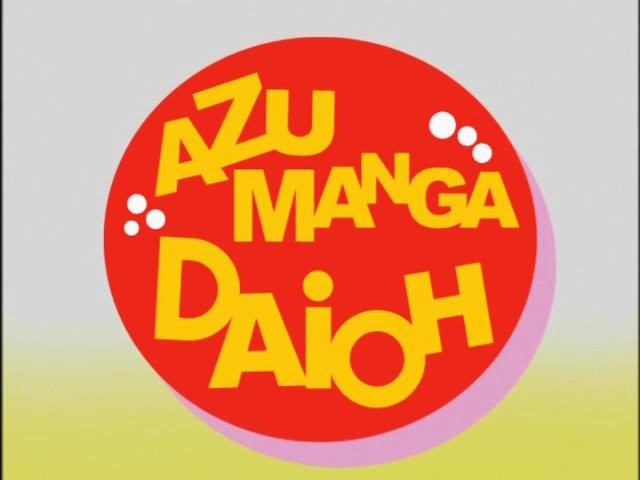 I've written about Azumanga Daioh before.  It's my Favorite Anime Series Of All Time, and it was also the subject of my first bit of anime writing, way back in 2005.  In fact, it was shortly after I wrote that 2005 post that Big Papa Pixy offered me a spot in MuNuVia, so I've always thought that this blog owes its existence to the show.  There's no way I'd still be blogging so many years later if I was still stuck in the Blogspot ghetto.

While AzuDai was not the first anime I'd ever seen, it was the first that made me appreciate that the genre could be something more than just mere cartoons.  Pretty impressive, considering that the first time I watched, I didn't like the show.  I only made it two episodes before I said "nah, not for me."  Some months later, I watched the first episode again... and wondered what was wrong with me the first time.  I would watch an episode a night, for this was the dark time when I had only dialup internet; a single episode would take anywhere from 12 to 16 hours to download.  But I did it, and gladly.  Besides, anybody who needed to get a hold of me knew my cellphone number anyway.  Once I had watched the series via fansubs, it became the first one I ever purchased, six DVDs at $24.99 each.  But I paid that $150 gladly.  I wasn't the only one, either. 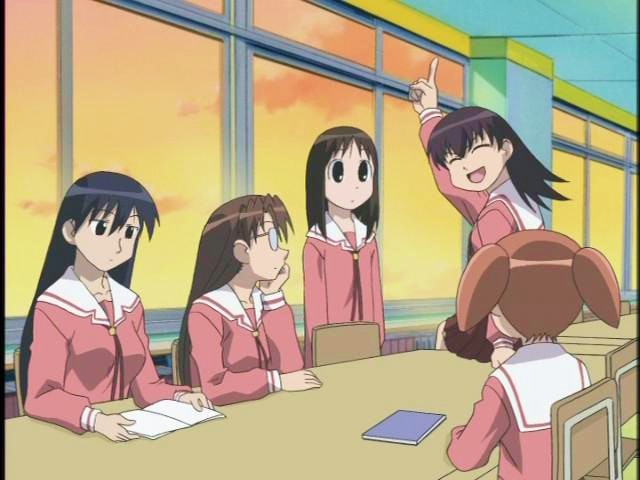 There's something about AzuDai that hits many people right in the happy place.  It's not a masterpiece of writing.  The animation, while very good, wasn't the best, even in 2002.  There's practically no plot to speak of.  And yet, an episode of the show is usually enough to bring a smile to anybody's face.  It may be a wistful smile, but it's there nevertheless.  In fact, it may be that wistful smile that gets to the heart of AzuDai's success.  It reminds us of what the good parts of high school were like, the day-to-day interactions with our friends, obnoxious and annoying as they have been,  the little triumphs that made things worthwhile.  The series brings us those rose-colored memories with a skill and aplomb I've not seen since, though some have come close (the Hidamari Sketch franchise and Sketchbook are two that come to mind).  Sure, the characters are a little more out-there than your circle of friends, probably, but still entirely believable.  In the end, the six girls that make up the main cast of AzuDai are more than just moving pictures on the television screen... they're people.  For the trick of pulling that off alone, the show deserves praise.  There are people out there who don't like AzuDai, or are critical of its weaknesses.  To be sure, it has faults... but they do not (or should not) detract from the whole.

It's been ten years since Azumanga Daioh was first broadcast.  Ten years of joy. 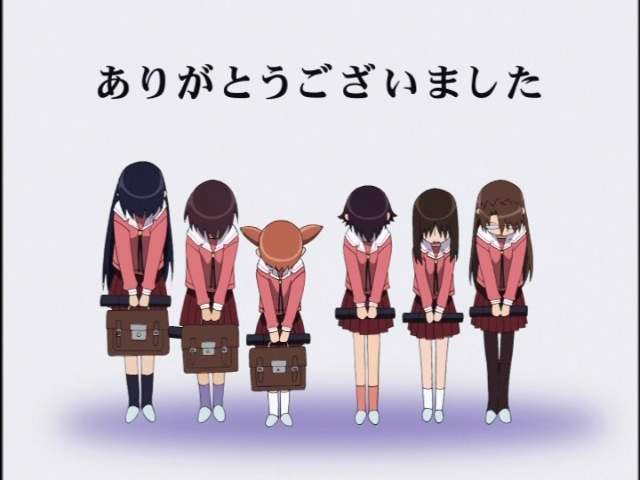 "Thank you very much."

1 It always occurred to me that AzuDai was less like something that actually happened and more like how someone would have remembered it happening from a few years later.

It set a standard that is tough to surpass - Hidamari and GA and K-On all get in that same area, but in the end it's only second place that they're running for.

Also pure joy to work on. Only wish I'd subtitled it instead of just the DVDs (not that there was anything wrong with the subs, and the translation was pretty magnificent to start with.)

2 Avatar, yes, exactly so. The way I think of the series is that Azu got the girls together ten years later and took them to a restaurant and bought them dinner, and beer, and got them to spend an evening reminiscing. And then he told us exactly the same stories they told, exaggerations and all.

3 Azumanga Daioh really redefined a lot of what could work and introduced a whole genre. It also contained a great deal of awesome.

I personally liked Lucky Star better, in part because I felt that LS ended one season too soon and AZU went on a tad too long. I'm occasionally tempted to recommend new viewers not watch the last disk. The flaw in that plan though is that the last disc contains "Jumping Rope" and the graduation...some of the best television ever.  There is also the obvious fact that without the success of Azumanga, Lucky Star and the other 4-Koma shows would likely never have been financed.

4 And, unfortunately, a lot of 4-koma shows have been garbage, such as "Kill me Baby".

5 Though, to be fair, a lot of shows period have been garbage.

7 So where are they now?

*Tomo and Yomi are teaching at that same school.
*Chiyo is 24! (Or something like that)
*Yamamaya is about 11, pretty old for a cat.
*Osaka married a rich businessman and moved back to Osaka.

8 * Sakaki runs a small veterinary clinic. * Kaorin is married with a young daughter and a second baby on the way.

9 {quote]  Avatar, yes, exactly so. The way I think of the series is that Azu got the girls together ten years later and took them to a restaurant and bought them dinner, and beer, and got them to spend an evening reminiscing. And then he told us exactly the same stories they told, exaggerations and all.

There was some rueful discussion of the irony that Tomo, (having scored SO poorly in chemistry) had been able to successfully make that much sarin.

The bulk of the reunion concerned far happier things.

Yomi it turns out runs a cafe in Niigata and is happily married.

'Osaka' was sorely missed, but her duties as a newly elected MP had carried her to Tsushima that weekend. Chiyo brought gifts from her as  they still correspond regularly (and share a dark secret).

Sakaki revealed that she had gotten her degree in veterinary medicine. She runs a small practice in Hokkaido mainly serving farms and knows absolutely NOTHING about chickens that may or may not have been eaten by what the locals claim is some sort of panther.

After college Kagura made a name for herself as a pro wrestler. She also makes occasional appearances in more conventional acting roles, usually as herself. (She continues to correspond with Chiyo (They share a dark secret).

Kaorin is an accountant who has recently opened up her own accounting firm which she operates from a home office, She's happily married and has a daughter . She was contacted by Kagura four years ago, who shared with her the dark secret that she is now a part of.

Chiyo has multiple degrees and certifications in English that she gleaned from her time in the US. She has passed the interpreters exam and currently resides in Tokyo where she is in high demand as a result of her hard work and impeccable respectability. Behind that veneer of respectability however, Chiyo conceals a dark secret. She Kagura, Osaka, and Kaorin form the doujin circle  PANTYFEST CHAIN GANG which is both highly regarded and quite notorious.

10 It's pleasing to come across another dedicated fan of Azumanga Daioh. Such praise! (It's well deserved!!) I'm fortunate, I suppose, to have discovered the series at my local DVD Rental place, and whatched it twice tru. When they suddenly went out of business, I swooped in and bought all my fave series - in this case getting all six disks for just $5 each. My wife then chanced upon the omnibus on special somewhere, and my life is complete. I take my fat manga with me to every appointment and sit chucking over it and occasionally sounding out the sound-effects - still all in Japanese. If you haven't yet, do get the manga. There are scenes in there that never made it into the anime. Kiyohiko Azuma is a true master.  His Yotsuba& series is fabulous too.