New Year's Eve, 2020 I got nuthin'.  I don't even have the annual fireworks picture, thanks to losing it in the failure of my external storage drive.  So here's an old one instead. 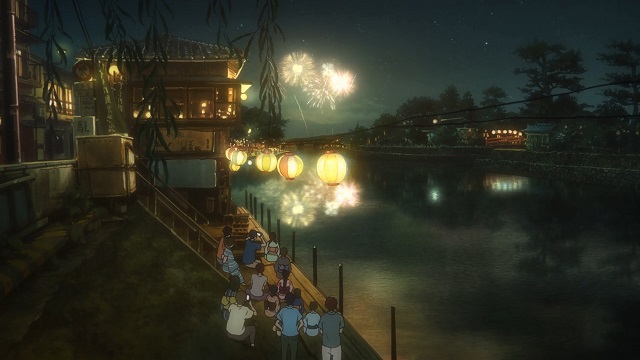 I just saw what I typed last year on this date:
"2019 was not a good year. May 2020 be better for all the Pond Scum. Thank you for sticking with me."
Wow.  Good to see the future listens to me, huh?  Happy New Year, everybody.

My hopes are not up very high, is what I'm saying. But... meh? I have to hang onto some hope or what's the point?

3 Any year that includes a new Aria is starting off right.

"Your Train Looks Like..." Over in some other part of the internet, a discussion of the KiHA 281 DMU was occurring.  Used by JR Hokkaido on their Super Hokuto routes, they've been around since 1994.  Someone described them as looking like something the baddies in HalfLife2 would use, and it's hard to disagree. A comment was made saying that they looked like the trains used on the Narita Express.

I knew it was the other way around, the E259 N'EX EMU didn't take to the rails until 2010, but I was wondering if there was any link between them... the same designer, that sort of thing.  Certainly there had to be something, that's hardly a look that immediately pops to mind when you think "train". Much to my chagrin and annoyance, an hour or so of looking turned up nothing at all... except for one fascinating little factoid.  The man who designed the N'EX?  He also designed the Kikkoman's bottle! 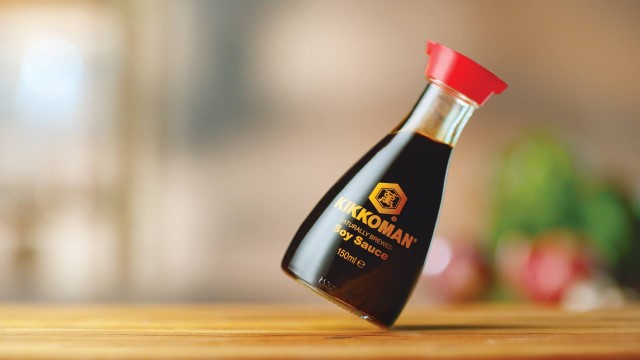 But seriously, that's a good-looking engine design. Not sure if that viewport is the most practical but hey, that's not my problem.

Christmas 2020 It's cold out there, young ladies. You should really put more clothes on. 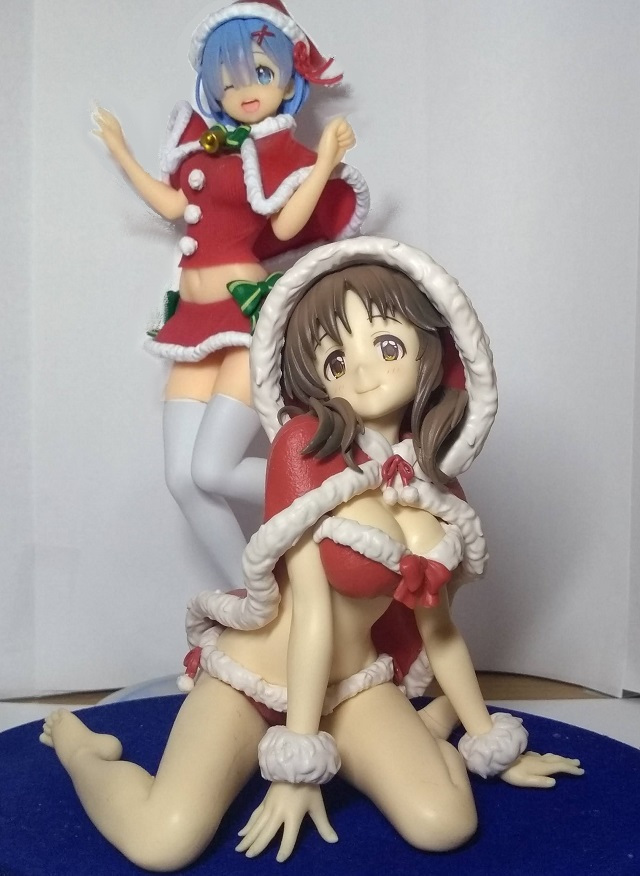 I'm sorry, I don't know where that came from either.  Hope everybody had a Merry Christmas, or a pleasant Friday, or whatever you wanted it to be.

1 Baby it's cold outside!

2 I spent most of the day playing games on my tablet and PC, including another big round of Satisfactory, a game I'm absolutely hooked on now (as evidenced by my dusting off the rarely-used blog-type-thing for a monster post on the subject).

No, No Thanks, That's Okay... As found in one of those ridiculous Sharper Image-style catalogues: 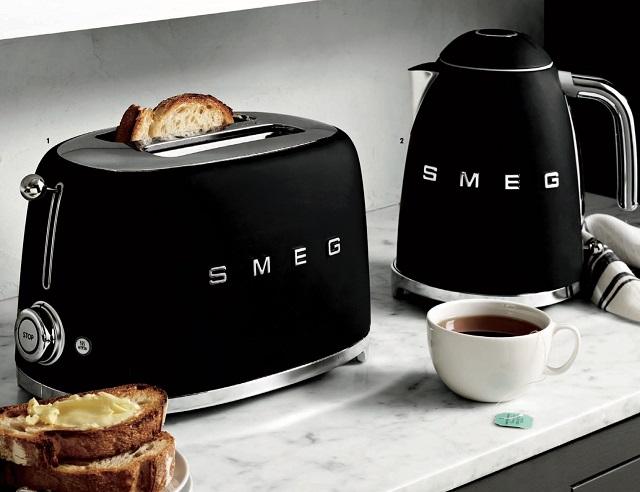 Was the marketing department totally unaware, or was this intentional?  Could they really not have known?  If you'd be able to own one of these without saying things like "Pass the smegpot" or "could you make a fresh pot of smeg" all the time, you're a better person than me.

1 It's a very trendy Italian brand; I see their appliances a lot in photo shoots, including glamour shoots, where you'd think someone might catch on.

2 Even worse, what if the toaster started talking to you?

3 I would never, ever, ever be able to avoid making a joke. Daily.

4 They're very pretty, anyway. Flat Black and Chrome can do a lot.

Also, clicking on the "Comments" link seems to not work on mu.nu and mee.nu right now?

When You Consider The Future... Late Night Final released their third track just a couple of hours ago... and it's very much a banger.  I mean, as far as ambient-ish music can ever be described as "a banger."
The four-song EP releases on Friday, December 11th and can be pre-ordered here!

I am pleased by this present from the music gods. 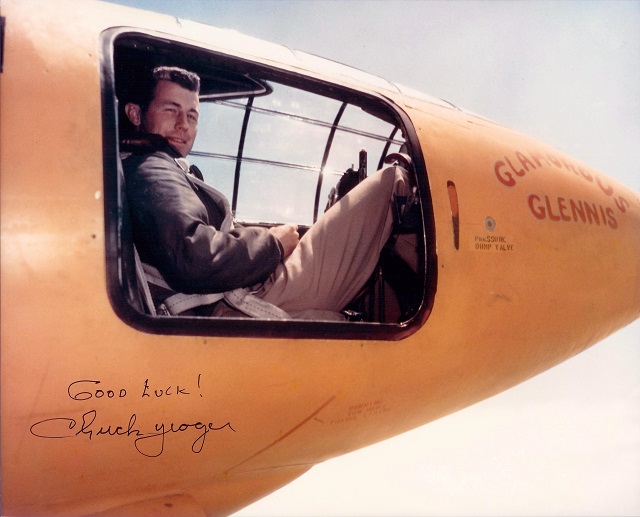 ...and, before anybody asks? I made my mind up about that a long time ago: not just no, but heck no.

1 Beyond legendary, as you say.

2 My sister's response: "Who's Chuck Yeager? I don't know him." *sigh* Sometimes I wonder how we're related.

I can't add anything to what others have said. My favorite comment was on Ace of Spades: "No one ever had to ask Chuck Yeager what his pronoun was."

Is The World Ready For This? I've never played a Pokemon game.  The only console I've ever owned was the Sears version of what later became known as the Atari 2600... nothing since.  I've never bought a pack of Pokemon cards, either.  I've only seen a couple episodes here or there of the animated series on Cartoon Network or somesuch.  All of which is to say, I've got no background to speak of in the games or lore of one of the most successful entertainment franchises in history.  I know a little bit, sure, but... well.

Which made it surprising that I actually watched most of this video:
Special surprise guest appearance by my hands-down favorite pokemon of all time to boot.

1 That is some amazing sound design work. Especially given the limited palette of Pikachu vocalizations.

Surprise! Music! I had very few hopes when I clicked on a link about "science rock."
I was wrong.  Very wrong.
Now that is a kickarse track, and apparently the "red string" is/was an actual thing created by Japan's National Institute of Agrobiological Sciences where a red silk containing oxytocin was really created.  Wild!
It would be trite to say that this is many dozens of times better than any of the new Star Wars movies.  Not incorrect, but trite.
Many years ago... over a decade... there was a free game called TrackMania Nations Forever that occupied much of my spare time.  I got pretty good at it, too... I mean, not true World Record good, but on some of the tracks I could at least see the top of the leaderboard from where I was.  But even though it no longer works on modern computers without a metric farkton of work... it's XP-based, for heaven's sake... I still remember the music.  Fondly.
Okay.  It's now time for the apparently government-mandated excursion into HoloLive.  Pixy has been on a roll of late covering their antics.  I've watched some streams... I'll be honest.  The HoloLiveEN Vtubers don't do much for me, and I don't know anywhere near enough Japanese to get the original crew's videos.  But the music is... something.
That was my first exposure in any way to HoloLive, and it's cute.  Nice beat.  But some of those voices are eardrum-shredding, dear god.  I have to assume that having Pekora and "Miko Sakura", with their nasal, cutesy, falsetto-y, awful singing back to back was due to heavy bribery from the singer that came next... Towa Tokoyami.
Who sounds NOTHING like any of the other HoloLive crew.  After hearing her in that whole-crew viddy, I went looking to see if she had anything solo.  Oh yes.  Yes she does.
Sold.  That she can do justice to God Knows..., both live and "in-studio", is just the icing on the cake.

1 I spent some time browsing through Towa Tokoyami's YouTube channel last night after watching these, and her singing quality is consistent. At a minimum it makes a pleasant playlist, although you have to sort out her music from her gaming livestreams.

It surprised me it was a livestream channel, until I remembered that this group of idols is called "hololive". I guess that makes perfect sense.

2 That "Red Silk of Fate" track does kick ass, and in a weird sort of way the video's a mirror image of Thomas Dolby's "She Blinded Me With Science"...

3 Totally agreed on Towa Tokoyami, such a pleasant voice after all the vocal posturing (And gah, the stuff right after her!)