F1 Practice 2: United States! There are moments in time where I wish I didn't know as much backstory to things F1-related.  One of those moments occurred during Practice 2, with about 34 minutes left.  The Legendary Announce Team was bickering amongst themselves, mostly Matchett and Hobbs giving The Varsha grief about his focus on someone reaching the 200mph point for the first time.  Finally, The Varsha plaintively said "C'mon guys, work with me... there's not much time left."  I get the feeling that he wasn't just talking about the practice session. 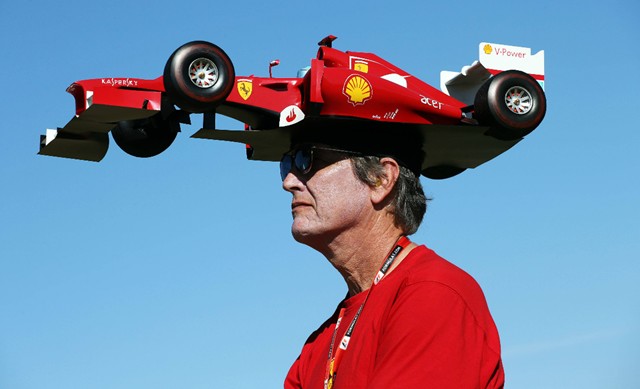 In that practice session, we saw a lot of running by everybody but Seb Vettel and the two HRTs.  The Spanish team is having financial difficulties, and stopped short of saying that they weren't running because of that.  If you've got $40million lying around, you can buy the team!  And if you do, let me know... I'd very much like to talk to you about a Wonderduck's Pond sponsorship sticker somewhere.  I'd also like to know just how the heck you can afford $40million and you haven't mentioned it before this... but back to F1.  Seb Vettel missed a good chunk of the session with his car up on jacks, leaking coolant fluid from its KERS unit.  As the Legendary Announce Team pointed out, if you were going to have a problem, this was a good one to have because Mark Webber had the exact same problem at Abu Dhabi.  The team already knew how to deal with it!  It still took most of the session, but Vettel still had enough time on track to break the 1:37 barrier, ending the day with a 1:37.718, almost three-quarters of a second faster than Webber and HWMNBN, and over a second ahead of the two McLarens.  Yeeeeeesh. 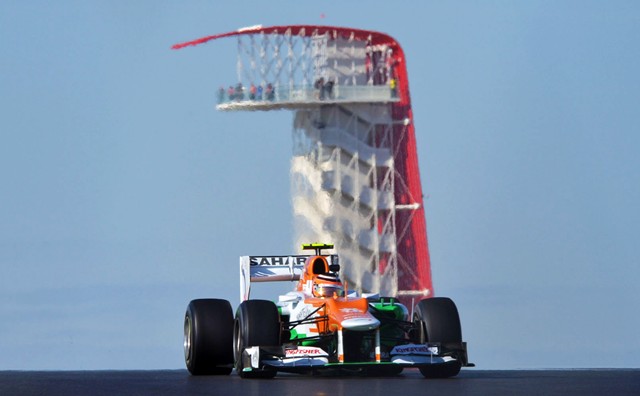 I'm going to gush a bit more about the Circuit of the Americas now.  We may not get a good race on Sunday, seeing how Vettel is looking like he's got a JATO unit stuck up his backside, but it won't be because of the track.  I'm already convinced that it's the best new-style circuit on the calendar, and it matches places like Montreal and Suzuka.  It may even move into the Silverstone/Spa level of racetrack if we get a good race on Sunday.  I'm probably overrating it because it's an American track, but I'll be darned if it isn't just perfect. 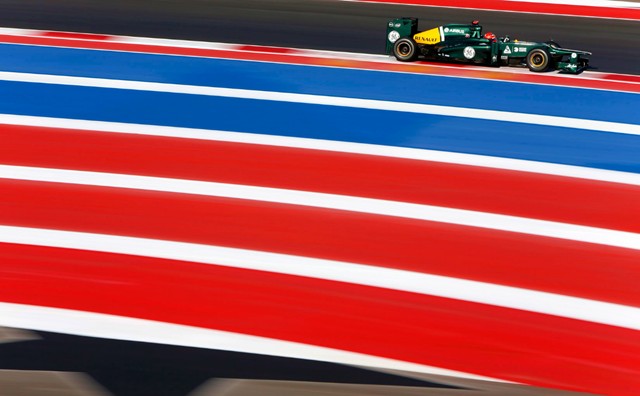 Baby.  P3 tomorrow at 9am, I'll be livebloggin' that.  Quals at noon, and I have no idea what I'm doing for it!  How do you liveblog quals???  See you tomorrow!

1 Varsha's comment was a bit poignant.  But I'm glad to see that NBC has picked up Matchett and Hobbs, and will be teaming them with Leigh Diffey next year.  Varsha apparently has a year left on his Fox/SPEED contract; hopefully NBC will pick him up for 2014 and reunite the whole Legendary Announce Team.

2 I've not yet seen that confirmed anywhere, FDM.  I've seen only one tweet from Jenna Fryer, and that's it.  I'd never even heard of her before this... until I get some sort of report from a source in good standing (like Matchett, or NBCSN), I'm not going to count on it.

It is true that The Varsha has another year on his contract, though.  He himself said so in the reddit AMA he did a few weeks back.