Just Another Skyrim Picture Even now, after eight months and over 200 hours of gameplay, Skyrim can still throw things at me that make me just sit back and gawp in amazement. 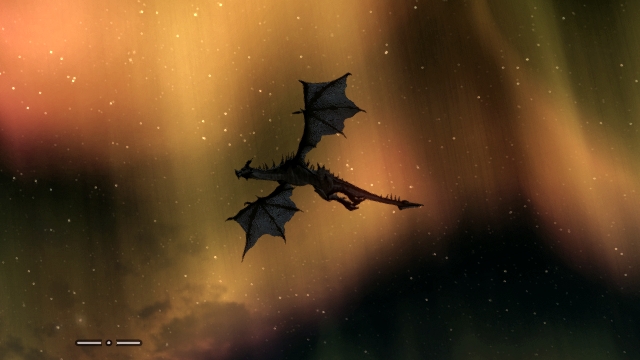 On those occasions that I get all introspective and crap, I remind myself just how much computer gaming has changed over the years.  When I got my first real computer, "pretty graphics" looked like this: 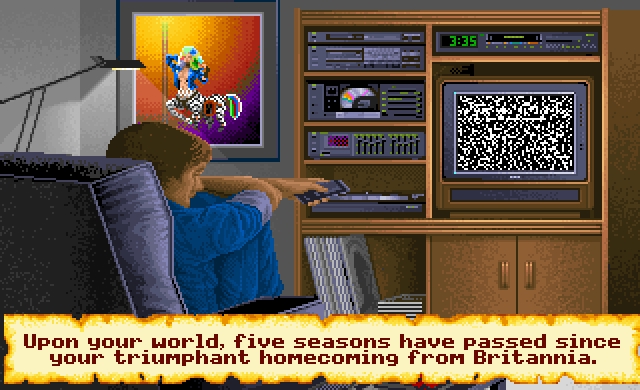 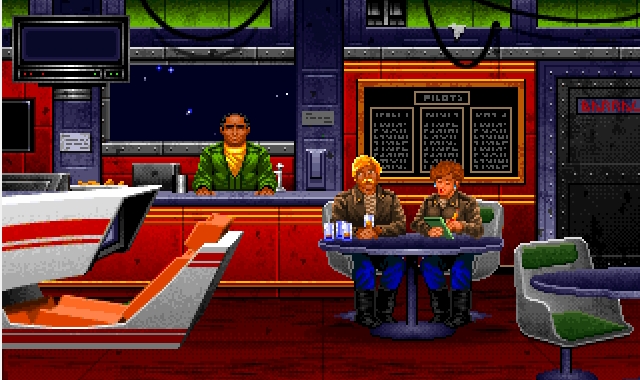 ...so it's just mindblowing to see stuff like this:

Woohoo, a screenshot from the original Wing Commander, with Paladin and Angel.

Back in the days when I was tooling around on the hand-me-down Commodore 128, Reach for the Stars and the like had pretty graphics made up of essentially ASCII characters.  I thought the jump in graphics quality was great when I got a PC, but now...

2 It bears repeating: Whatever they paid their art director and that entire art team, they got their money's worth and then some. Freakin' gorgeous game.

3 And Skyrim ain't bad, either!

4 Amusingly dated graphics notwithstanding, in my mind I can still hear the background music that accompanies that bar scene on the Tiger's Claw, so clearly they were doing something right...

5 Trust me, I wasn't criticizing.  I think the Wing Commander series is still the best star-fighter-zappy-zappy sim out there.  Particularly III and Prophesy, but even the weaker games (I'm looking at you, IV)are better than 90% of the stuff that's come out since.

Yes, better than X-Wing, better than Tie Fighter, the works.  If GOG carried them, I'd rebuy the whole series...

Actually, Prophesy helped me sell a half-dozen computers when I was working at RadioShanty.  People were just amazed by it...

6 Have you heard about these guys? First part of the game became available in March.

7 Right, I'm probably going to have to shut down The Pond.  I'm gonna be too busy playing that.

GoG has been a bit odd with Wing Commander.  They have all the games except Prophecy, but they have none of the expansion packs for either WC1 or WC2.  They DID get the DVD version of WC4, judging from the size of the game listed in their specifications, which gives the $10 million production budget Chris Roberts had for The Price of Freedom some justification.

Prophecy was nice to look at, and I was one of those people who actually bought the Prophecy Gold Edition.  Fortunately, I had also bought the original release, with the really cool starmap that they left out of the Gold Edition.

And of course...RIP Jason Bernard.