Your Weekly Asuka, the OVA... or 12.5, whichever. It's been quite some time since we last visited the Hibike! Euphonium show, but a few days ago the long-awaited OVA came out.  Considering how much I enjoyed the series, it shouldn't come as any surprise that I immediately watched it with one eye peeled for Asuka, the vice-president of the band club. 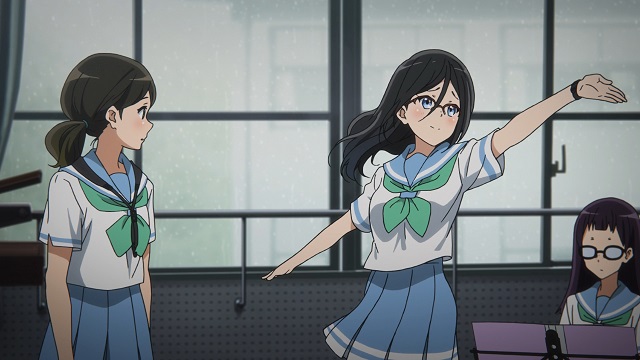 It should also come as no surprise that the Goofy Cute was being both goofy and cute... for the thirty seconds she was in the episode.  Alas, KyoAni stopped using her as a character around Ep12 in the original run, so Asuka bringing the goofy was to be expected.  Since that was her entire contribution to the story, it was a little bit disappointing. 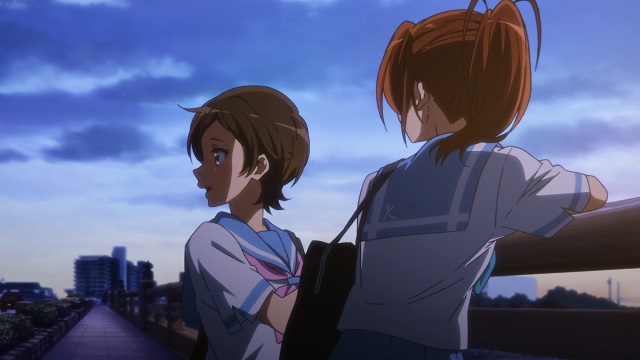 The rest of the OVA was quite entertaining, and it was really nice to be back with this bunch of characters that we came to love over the course of three months or so.  As usual, it was outstanding visually, but it was really quite nice to focus on the "junior leads", as it were, instead of the main characters.  Which is not to say I wouldn't have liked to see more of Asuka. 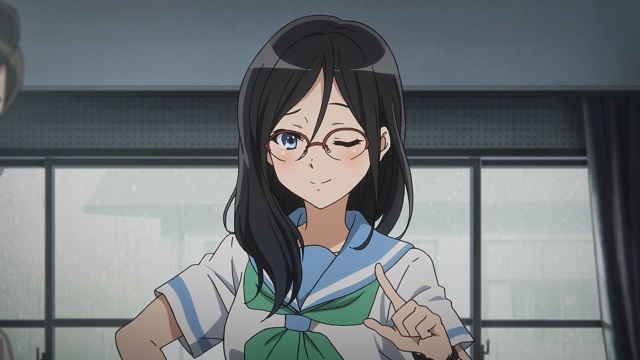 Since, y'know, that was kinda the whole point of this little series of mine in the first place.  I guess we'll just have to wait for the second season... or maybe the recap movie will have a little bit more about her in it.  Either way, it'll be good fun.  Unless KyoAni doesn't expound upon her character, in which case I'll be quite grumpy.