High School Of The Dead Ep08 It was only an episode ago that The Fellowship came to the conclusion that they had to be ruthless to survive, and heaven help those who weren't them.  Immediately after deciding that, they galloped off on their trusty steed Humvee-kun and rescued a young girl from the clutches of a front yard full o' zombies.  So much for ruthlessness.  To be fair, however, if they hadn't've (am I the only person who uses that double contraction?) saved Alice, there's no question but that I'd've (again!) sent HSotD packing, with nary a sou to its name and good riddance.  So now they've got a child and a Yappydog with them.  Great, just great, that'll really help their survival chances.  So what wonders does High School of the Dead bring us with this new episode?  Shall they rescue two koalas, a ferret and an angry llama from the local zoo?  And just what in the world is the Japanese Ministry of Environment Supernatural Disaster Countermeasures Division doing to stop the zombie plague?  It seems like this would be right up their alley. 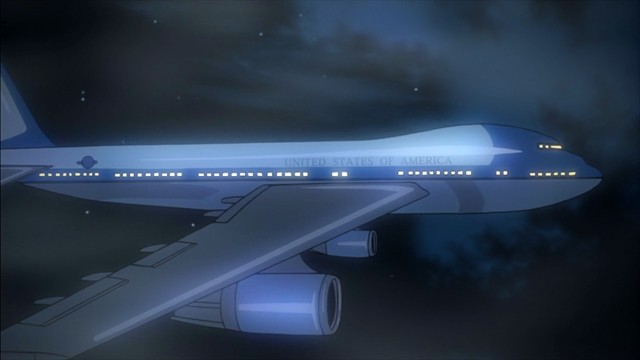 In my years of watching this anime stuff, I've discovered that any time you see the White House or Air Force One in an episode, nothing good is going to come of it.  Mark my words, readers, and mark them well: this is to be no ordinary jumbo jet.  It is to be a 747 OF DOOM!  DOOMY DOOM! 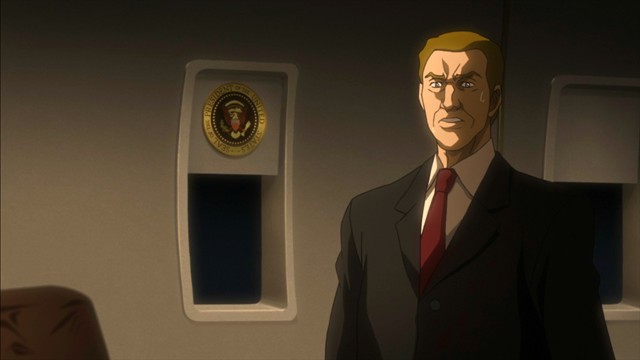 Ladies and gentlemen, the President of the United States, Skippy Henderson.  President Henderson has a problem.  Y'see, his wife and half of the Presidential aides became zombies on AF1, shortly after takeoff.  His SecState was bitten, and is in the process of turning as we speak.  Worse still, the entire press corps entourage turned as well... though to be honest, it seems to be an improvement in their case.  Somewhere along the way, President Skippy got himself bitten on the hand and he's not feeling all that perky.  SecState, doing his level best to advise his Skippy-In-Chief before he becomes a member of the Shambling Horde himself, says that the US should officially announce National State of Emergency Tactical Regulation 666D.  Which, I assume, calls for kittens and balloons to be handed out to all citizens, with instructions on how to play with them for maximum calming effect.  Or the firing of ICBMs at countries aiming at the US, one of the two. 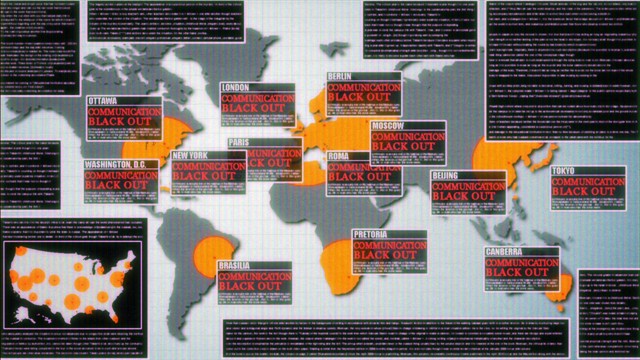 President Skippy can't decide, and while SecState goes all grnfgrrrngrfzombiebrainnnns, we get a look at the current situation map.  Europe is Zombie Heaven.  Brazil is gone, much of Africa too.  Japan and China are going down.  A look at the insert map shows some interesting things going on in the US.  There's a huge outbreak in NYC and Washington DC, not that anybody could really tell.  Chicago, on the other hand, doesn't seem to have anything much, while St Louis has gone all zombo.  Must be all the Cardinals fans mixing up the sensors.  I'm amused, however, by the small outbreak in Minneapolis.  "Yah hey dere, lingonberry goes great with braaaaaaaains dontchaknow?" 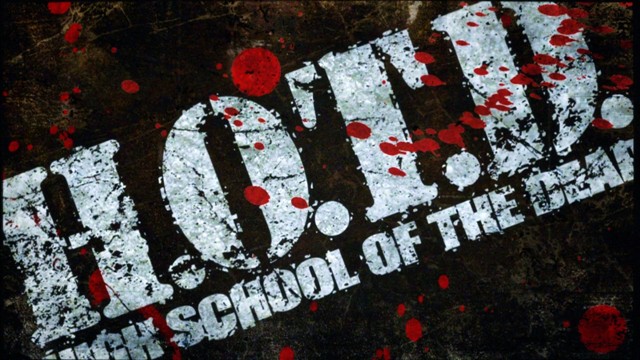 1 You're right - there is no way that mere words could adequately describe the action in that video clip!

2 A couple of points.
1: I don't think the presidents name is really Skippy Henderson.
2: The art in picture14 seems off model somehow.
3: The bullet is traveling in the vicinity of 2700 feet per second.
The bosoms in question transit back and forth during the time that the projectile passes through the area of interest  and thus are moving at least twice as fast as the bullet itself. This gives a breast speed of at least 5400fps.
The speed of sound at sea level is roughly 1100fps. 5400 fps is just under 5 times that or approximately Mach 4.8-Mach 4.9 so a conservative reading of the available evidence would indicate that in addition to her levelheadedness, well developed sense of ethics, athleticism and general competence, Saeko possesses hypersonic tits.
4: I laughed twice. It seems the wait was worth it. 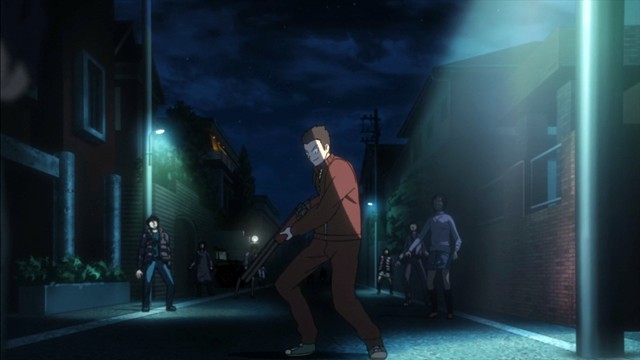 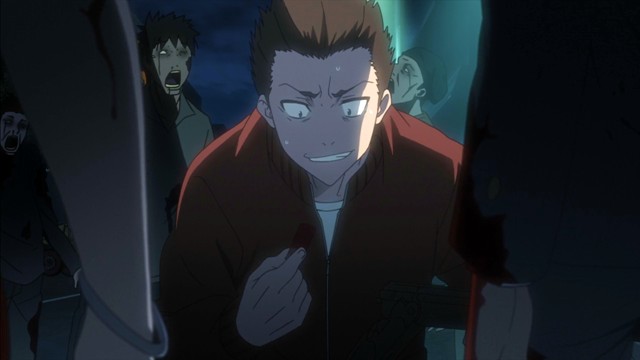 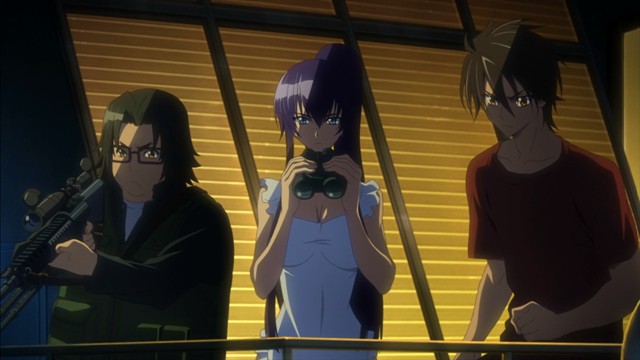 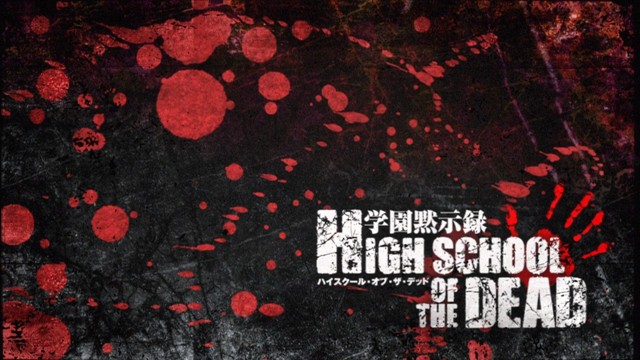