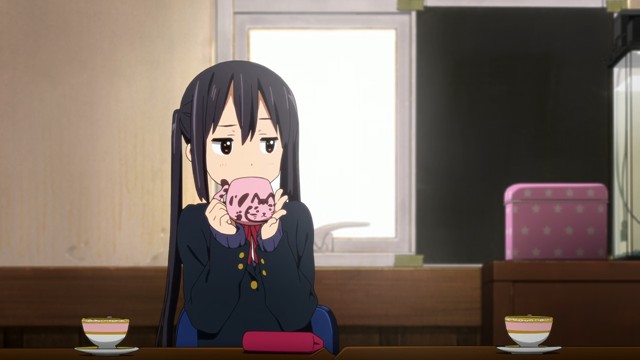 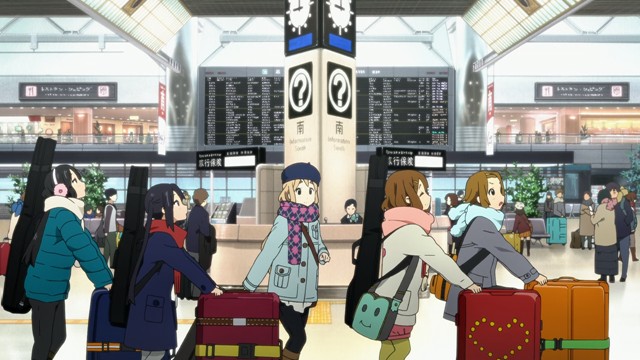 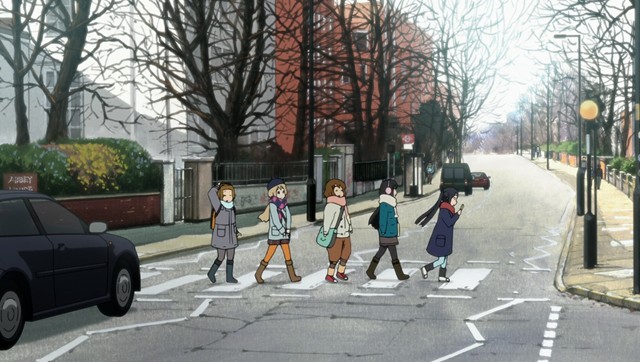 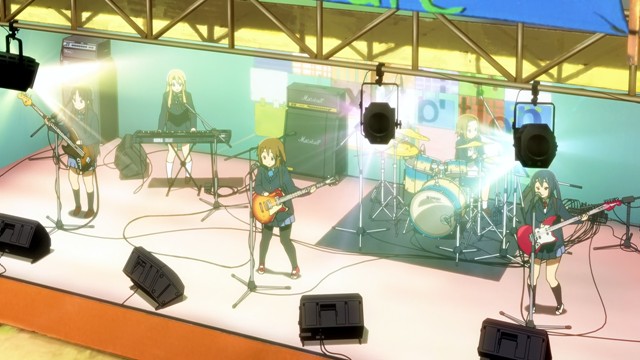 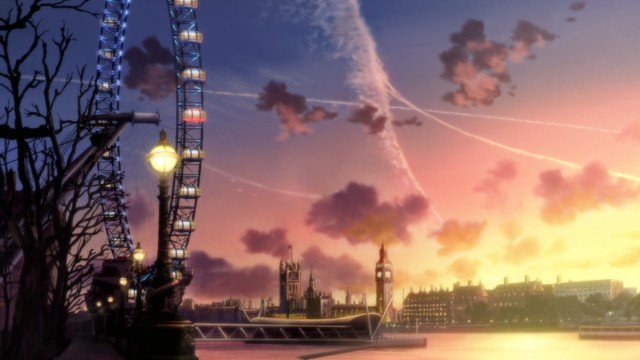 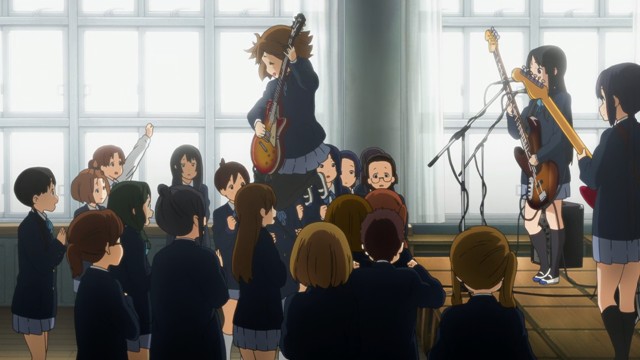 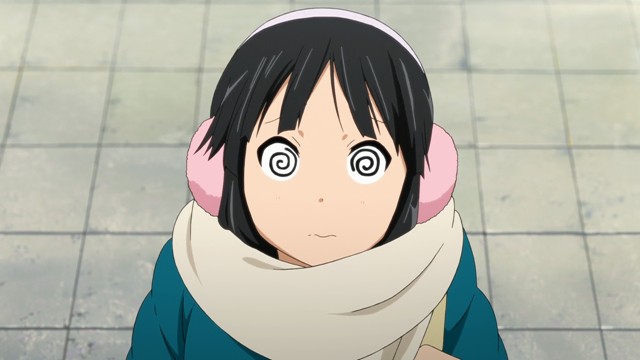 Ben-To Ep01 I've discovered that there's always a certain excited anticipation in my thoughts when I start an episodic recap for a new series.  Like a runner in the blocks waiting for the gun, a parachutist standing in the door waiting for the signal to jump, a F1 driver waiting for the lights to go out, a fast-food employee waiting for the french fry machine to go "ding", I find myself wondering in what direction a show will take me.  Will it be serious, like the early Ga-Rei Zero reviews or snarky like... well, like everything else?  So, Ben-To, how will I be watching you? 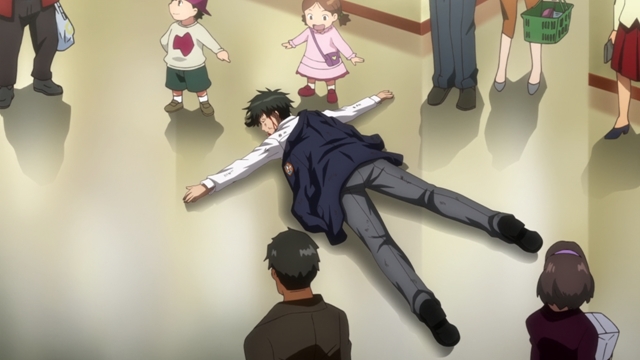 This is Our Hero... and I think I know which way the writeups will be going.  It's nice when the show makes it easy for you, isn't it?  Y'know, in some ways, this series will be quite difficult to recap because I really liked it.  Heck, I'm on record as liking it before it even started airing, and it did nothing to change my opinion as I watched it.  It's not perfect, though... in fact, there's enough flaws that I should be able to do terrible, awful things to the poor thing.  Probably undeserved, but what the heck, it's what I do.

So enough talk... let's get ourselves into the underground world of martial arts combat for supermarket prepackaged dinners.  Ben-To begins now!

2 I wanted to like it, but I only got three episodes in when I realized the eye-candy was all that was keeping me.  Your write ups are much more interesting.

3 Can anyone comment if this scenario has the slightest basis in real Japan, as opposed to Animeland? Are half-price lunch boxes really that coveted?

I recall a reference in Mahoraba "Heartful Days" to the half-price god, although there he was just uncle half-price. His passing caused a terrible storm of housewives. This is the only similar reference I have seen, even in Animeland.

All Right Already, Hold Your Horses! 11pm.  I'm sitting in the throne control living room of Pond Central.  I receive a text message.  Brickmuppet is having lunch in an Italian restaurant (spaghetti and steak) somewhere in the heart of Tokyo on his way to Harajuku to be swarmed by cosplayers wanting to speak to a native English speaker.  If I miss my guess, he'll also be shopping, but what do I know?

This text message, from 14 hours in my future and halfway around the world, is berating me for not having finished my writeup for Ep01 of Ben-To.

Saturday night.  I promise.  Okay, maybe early Sunday morning, but tomorrow.  I've got the final registration day for incoming Duck U fledgelings tomorrow morning, but after that I'm off until 830am Monday.  So I'll get it done, I promise. 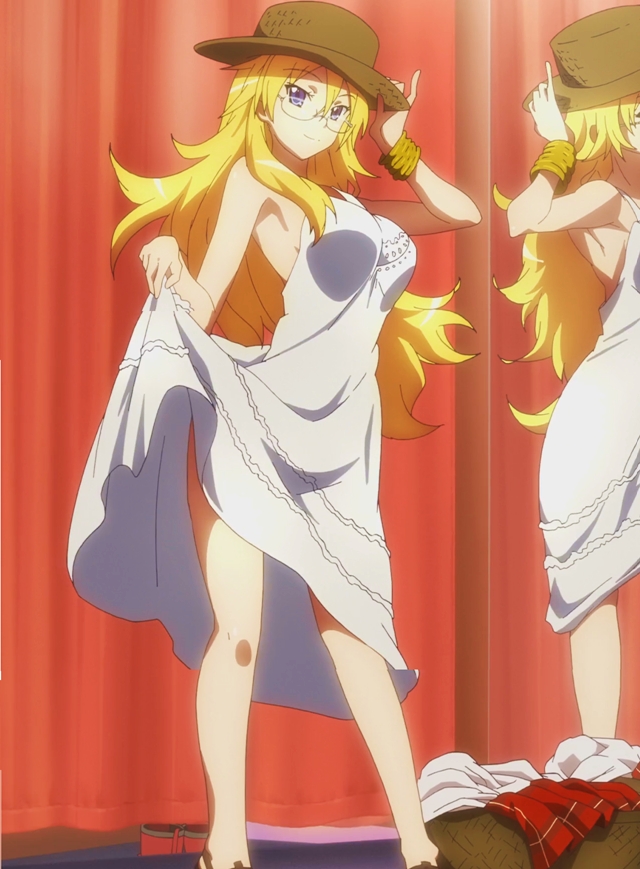 I mean, if someone's gonna text me from flippin' JAPAN to prod me into doing it, guess I'd better do it, eh?

1 FLIPPIN'?
No one said anything about flippin'...the shakin's been unnerving enough!

2 I don't know who that babe is, but she's got quite the figure! Definitely a top-rotation candidate.

3 Back when the show was running, Steven, I sent you an e-mail suggesting you watch Ben-To! for rotation pictures...

4 It's been on my candidate list for a long time.