NSFW For Dr John On Wednesday, I had dinner with Vaucaunson's Duck and his father, Dr John.  This was something of an event, as it was the first time since 1986 that the three of us were in the same room at the same time.  Oh, don't get me wrong, I've hung out with Vauc many times since we graduated from high school, and I've visited with Dr John on more than a few occasions in the past 25 years, but never at the same time.  To say that the quips, barbs, vignettes and japes flowed freely... would be to understate the situation.  Drastically.  One or two blogpost ideas came out of the night as well, which was an unexpected bonus.

But the high point of the night came from Dr John.  Vauc, myself and Dr J were sitting around the dinner table when the good Doctor mentioned that he'd been reading The Pond.  Certainly I knew this before, but it always gives me a little thrill when I hear it.  Indeed, at one point he watched a few episodes of Strike Witches because of this little collection of pixels and stupidity, which Vauc wasn't aware of previously.  The look on his face was priceless... anyway, back to the story.  Dr J said that one of his favorite parts of The Pond was "the acronym."

Huh?  "Yes, you know... NSFW.  It took me a while to figure out what it stood for, but..."  Cue guffaws and general amusement.  After I could breathe again, I mused that The Pond has been pretty clean for awhile.  "You have, and as a reader I'd like to lodge a formal request."  Cue more guffaws.

1 If you wanted blue shimapan, Francesca Lucchini is your go-to girl.

2 I am deeply offended by the image of the rice bowl.
I did not come here to be confronted with what a sad sick man I am. That rice bowl is a bridge too far I'm afraid.

3 I suppose it says something strange about me that I'm looking forward to your realization of some of the other blog post topic mentioned as much as I was this one. Now for some web research on otaku and rice bowls... But no mention of the hickory-smoked chops?

Finishing Ga-Rei Zero The Librarian and I watched another six episodes of Ga-Rei Zero tonight, which means we finished the entire series in two sittings.  For us, that's a record... and it says something about how much she liked it.  After Ep10, she asked what time it was, and how many episodes were left.  Despite having to be at work early, she said roll 'em.  I knew there was a reason I liked The Librarian. 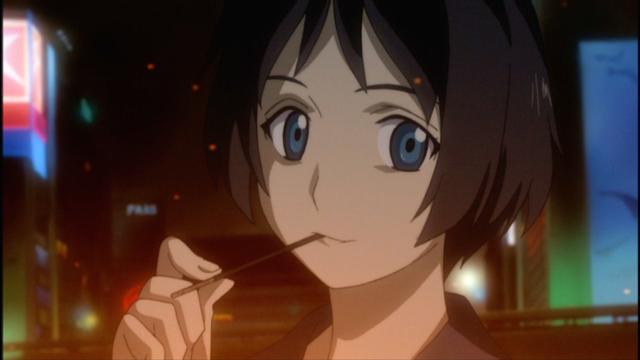 Funimation did a decent job with the translation, near as I can tell.  I think I prefer the fansubs I first watched, though to be honest that might just be because it's the one I saw first.  Even having said that, I think "Bane Stone" isn't as ominous as "Death Stone."  Calling the baddies "ghosts" and "phantoms" works, I suppose, but seems... clumsy.  Worst of all, though, is that the people who fight the baddies are termed "Vanquishers," as opposed to "exorcists."  That's just poor.  It might be a literally correct translation, but it's dumb.

I haven't listened to the dub yet, though I suspect I will fairly soon.  Nor have I watched any of the extras, and there Funimation gets bonus points.  They put the extras on a separate DVD from the show, which is 12 episodes on two discs.  While I'd prefer four episodes per DVD, I can't complain about the visual quality that we've got... everything is sharp, well-defined, and the colors are quite a bit better than the fansubs that are out there.  The version I got is the "special" one, that also includes the entire series on Blu-Ray.  As I have no BD player, I can't comment on their quality.

So Ga-Rei Zero, the package, contains five discs (three DVD, 2 BD) total... and a lot of fun.  Obviously I like the series, otherwise I never would have done those writeups (or bought the DVDs!), but I was a little surprised at how much I enjoyed watching it again.  I might have to revise its position in my Favorite Anime Of All Time list, from "Honorable Mention" to a numbered position.  I think I was unfair when I said that the series "just isn't that good."  It's no classic, true, but it's well worth the six hours you'll spend watching it.  And really, isn't that all you can ask for? 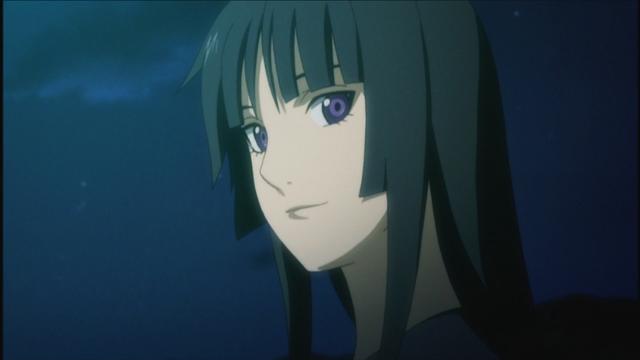 1 But what about the most important question - did you and The Librarian share a Pokey stick?

Rio Rainbow Gate! The Lost Reviews: Ep03 So here we are: Episode 03 of Rio Rainbow Gate!.  The second and last of the "lost reviews" for the series.  Unlike the first of the lost reviews, for Ep02, Ep03 did get a little attention when it was first released, but nothing like what's about to occur.  As you'll soon see, this particular episode is actually pretty important to the overarching plot of RRG!, as thin and watery as that is.  The first time I watched it, I wrote it off as just another filler episode in a show chock full of them... now, with the benefit of knowing what happens, it becomes the catalyst for the rest of the series.

Which doesn't make it any better, mind you.  It just makes it important that I inflict more psychic damage upon myself.  Great.  Well, without further ado, allow me to summon up the mind-flaying power of RRG! and Ep03! 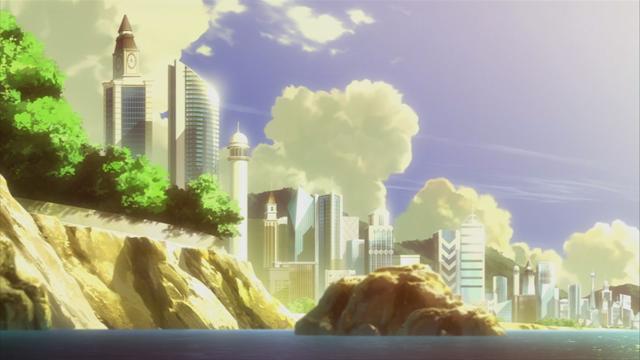 A beautiful day on Casino Island!  Quite the contrast to the constant thunderstorms plaguing the place in the later episodes, eh?  Entirely created and totally owned by Our Heroine's boss, The Owner, who has just purchased an abandoned casino on the edge of the island.  Wait, what?  I'm confused.  Casino Island and everything on it is 100% the property of The Owner, but he just bought a place that was there before the island existed?  Logic, meet Rio Rainbow Gate!. I'm sure the two of you will attempt to murder each other within seconds get along famously. 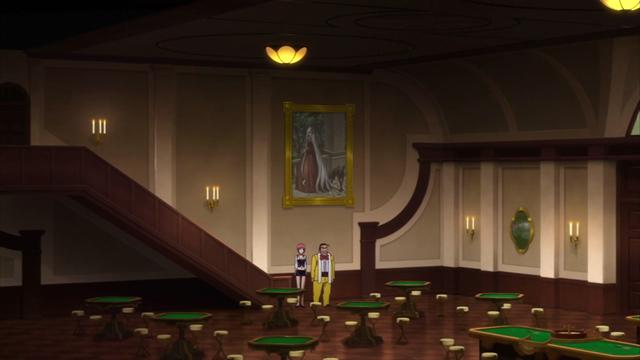 Misery Castle was owned by a young woman who loved only two things in life: gambling and chicken wings.  She ran a casino in the basement until she lost it all to a high roller.  Since then, the Castle sat derelict on Casino Island (wha?) until The Owner took it over and decided to make it another of his classic attractions.  The casino is in the process of being restored to its original condition, and he expects it to be quite the moneymaker. 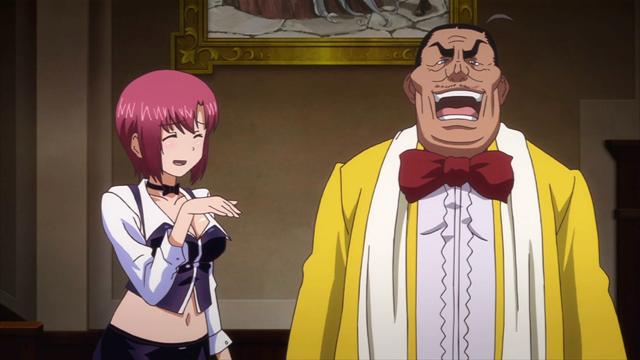 Rio objects, pointing out that she's already working seven days a week and can't be expected to work here and at the main casino and train Anya too.  No problem, because The Owner has hired another dealer, someone with experience.  In any case, it's going to be a while before the place is ready to go.  Our Heroine is somewhat taken aback... jealousy, Rio?... but doesn't complain.  Much.

1 You asked about a chicken-wing delivery restaurant chain?And as for the possible future omake that you keep mentioning, perhaps you should produce it yourself as part of your therapy!  You can write it (you certainly have enough plot ideas), then find someone else to animate it...

Oh, an an unrelated note, any chance of another ship identification contest?  I've come up with another post idea (assuming I can win again).

3 Obviously those wings were spun in Red Bull-infused sauce!