Ga-Rei Zero, Episode 09 When last we met, Mei was taken over by a piece of death stone and got all "gimme your stuff" to Yomi, who replied with a "Oh no you dint!" and stabbed her in the face.  Which brings us to Episode 09, also known as "the Episode where everything goes kablooey." 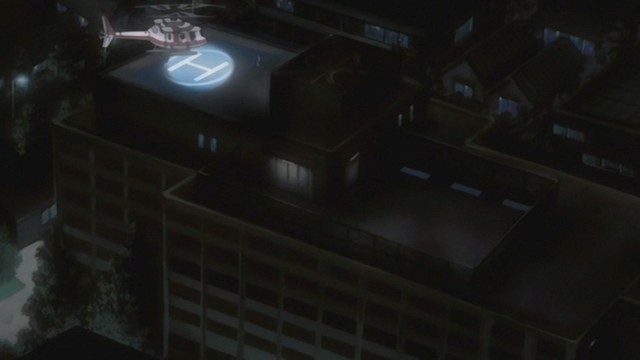 Okay, so Mei lived through having her own naginata shoved into her sinus cavity?  That's the only thing it could be... it's sure not like Yomi needed medical attention after the fight, after all. 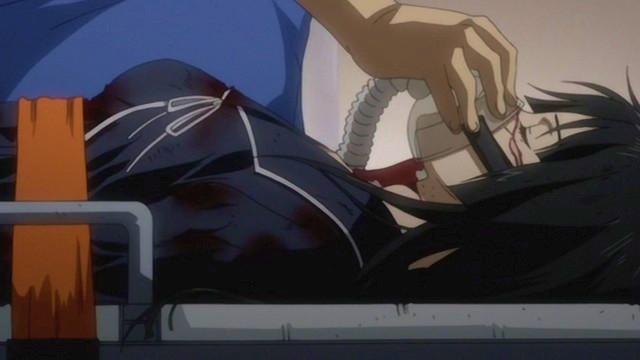 All right, never mind then.  Excuse me, Ga-Rei Zero?  Could you explain just what the hell is going on here, please? 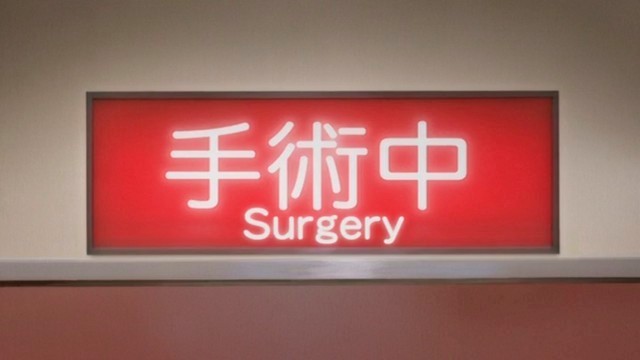 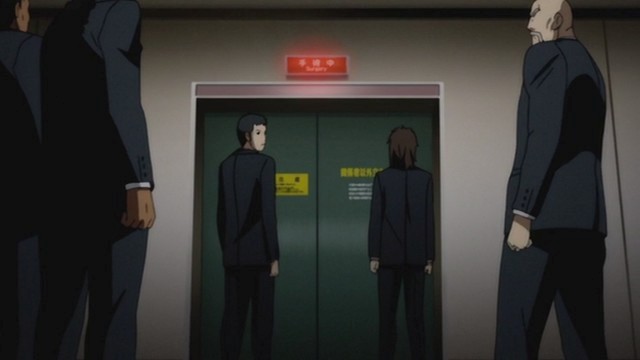 And just how did The Gang get here anyway?  If you're anything like me, and god help you if you are, you're scratching your head right about now.  C'mon, show, explain yourself!  I demand to know what's going on. 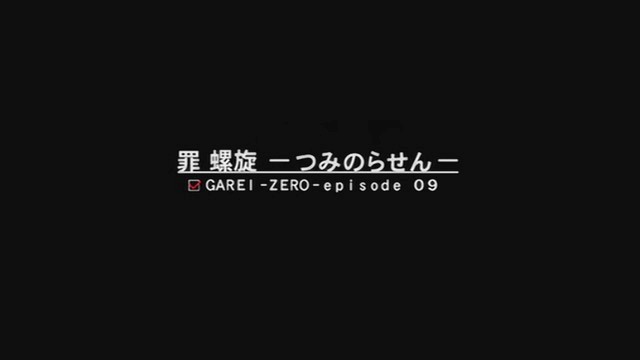 1 I'm still not satisfied - she stabbed herself 108 times?  Through enough nerves and tendons to totally paralyze herself?  Then carefully hid the object(s) she used to stab and paralyze herself?

And in their years of experience fighting evil spirits, the organization has never before encountered an enemy that tried to sow suspicion in the ranks, or tried to possess a member?  Perhaps my previous experience with fiction like Bureau 13 is to blame, but I can't help but think that their first instinct should have been to think that she was being framed or controlled.

I admit that the rest of the story and execution are good enough for me to forgive this one failing.  And doing it this way, rather than a more believable (to me at least) method of separating Yomi from her friends took fewer episodes.  There more than story crammed into the series as it is...

2 Think of it as a differential diagnosis, Siergen.  It's never lupus.  Sure, it sounds ridiculous, but maybe she had Ranguren puncture herself 108 times.  In-world, it's not impossible... which is why they test for lupus on House.

Not that The Boss seriously believed that she did it to herself.  It's just a possibility.

And it's mentioned in this episode that the Agency has only been around for 3 years... by the Big Bad, no less.  So, no, maybe they haven't faced an enemy that sows discontent and distrust.  Look at what we've seen so far: flaming armadillos, brainsuckers, deadly harlequin trees, that weird-ass thing in Episode 03, the HG Wells Martian, zombies... and the Schoolgirl in Black.  Other than that last one, nothing that could be considered a source of cloak'n'dagger work.

Ga-Rei Zero, Episode 08 In the last episode of Ga-Rei Zero, Mei, who was dead (she got better) appears to have killed Yomi's Dad (YDad) while Yomi herself was off courtin' and sparkin' with Mr Laser Weasel.  Kagura went through a high-end bout of the weepies after killing the brainsucker-controlled school nurse, and her friends decided to beat on her a little bit to boot.  One gets the feeling that things are about to get out of control... so let us see how out of control they get in Episode 08!

We begin with a voiceover from the Schoolgirl in White. 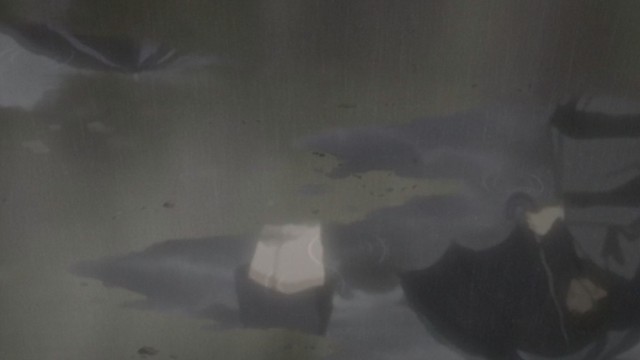 "It was a scene I had seen before.  It was an evening hazed in heavy rain. 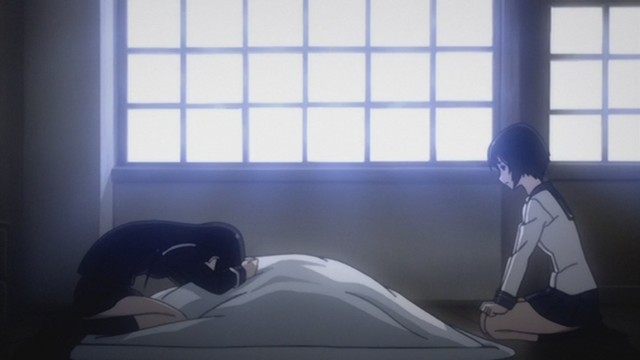 "Drowned in the sadness of losing someone important to her, and frightened by the fate that has befallen her.  Unable to do anything, able only to cry and bear the cold passing of time. 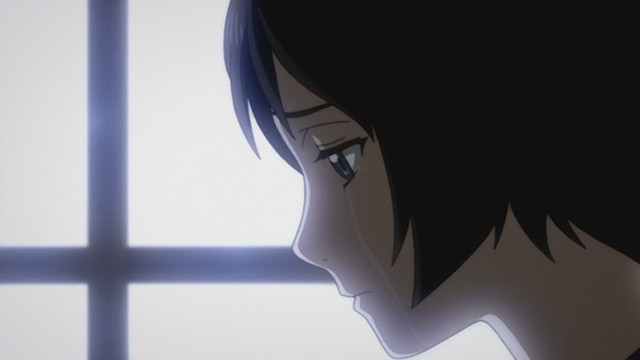 "That was me three years ago." 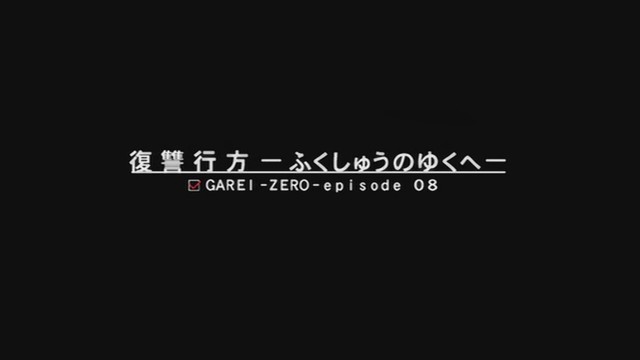 They just keep finding ways to surprise me.  I never would have expected such emotional insight from Ga-Rei Zero...

1 Episode 09:  Just when you thought things couldn't get any worse...

Ikkitousen: Xtreme Xecutor Promo released! It hasn't been a great weekend for yours truly.  In fact, it's been pretty lousy... but this went a good way towards making it better.  The promo for the upcoming Ikkitousen series came out tonight, and wow, it looks great!  Or awful, depending on your point of view. 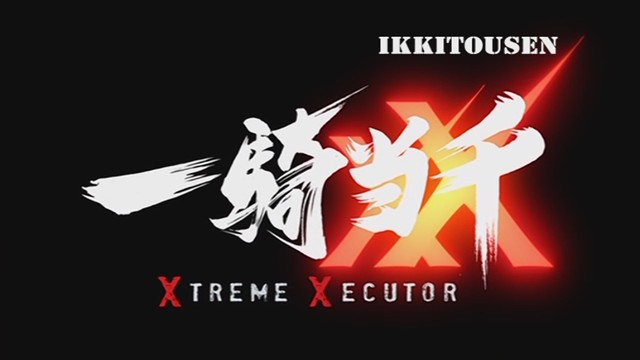 It should go without saying that everything "below the fold" is NSFW, but I'll say it anyway:

EVERYTHING BELOW THE FOLD IS NSFW!

2 After rewatching the promo, I think it'd be better to say that Kan'u was manifesting the spirit of the original Guan Yu, as opposed to a dragon.  Though there's the whole Jade Dragon thing from Series 2...

3 ...I don't know if I'll be able to stand watching another Ikkitousen series.  I realize I am committing otaku heresy by saying this, but panchira and shredded seraa fuku can only sustain my interest for so long, and --

Ga-Rei Zero, Episode 07 When last we left Ga-Rei Zero, the Big Bad (actually a small white-haired pretty boy) had skewered Mei on her own naginata, Kagura had just killed her friend the school nurse (who had been taken over by a brainsucker), and all is higgledy-piggledy.  What, pray tell, will the show that loves to kill its main characters off bring us in Episode 07? 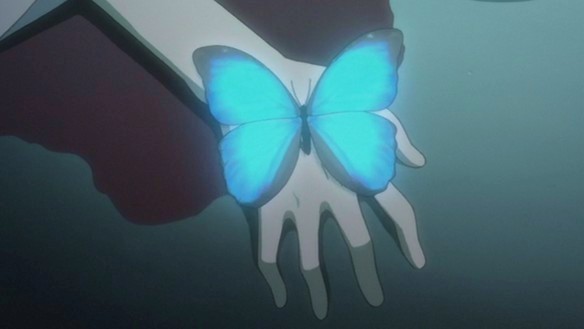 Oh sure, rub it in, Ga-Rei Zero, rub it in.  You've offed one of the more interesting characters you've presented us with, and now you want to make it look all symbolic and stuff.  Nice, very nice. 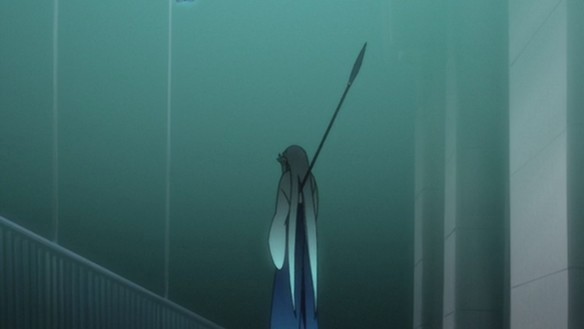 Wait, what?  Mei's alive? Well that I didn't expect!  Okay, yeah, she's got Godzilla's Toothpick sticking out of where her heart should be, but... 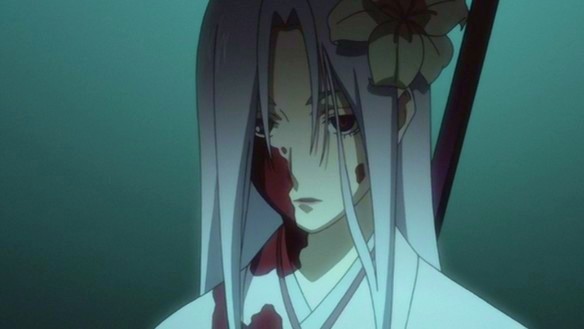 Ah.  You know, I'm thinking that maybe this doesn't exactly fall into the category of "a good thing". It does get your attention, though.

1 I'm reading along - just haven't had any comments to make recently.  There is an episode coming up soon where I will have some questions/comments, assuming you keep doing these reviews.

And as long as I have your attention:  Which do you think is stronger?  Laser-weasels, or cyborg-ducks?

2 I've come this far and burned this many words, Siergen, I'm not gonna give up now that it's about to get really good.

3 Speaking of cyber-ducks, one presumes you've been watching Sunred, then?

4 One may presume so, but one would be incorrect.  I know it exists, but that's about all.

Ga-Rei Zero, Episode 06 When last we watched Ga-Rei Zero, we got filler and lots of it.  In what may have been one of the greatest upsets of all time, what we didn't get was Pocky.  Chocolate-covered biscuit stick fans everywhere mourned.  Perhaps we will get Pocky and plot this episode?  One can only hope... 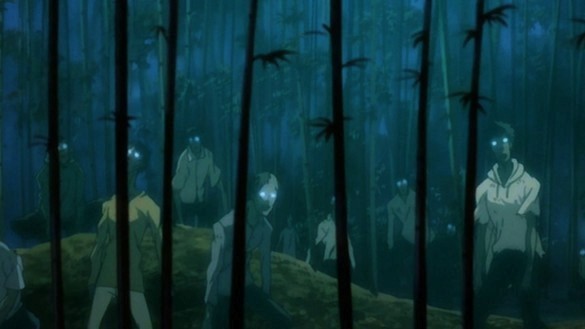 We open in that location of choice for wire-fu movies, a bamboo forest.  We don't usually get to see hordes of zombies swarming out of the forest, however.  Yeah, like Sammo Hung could deal with that! 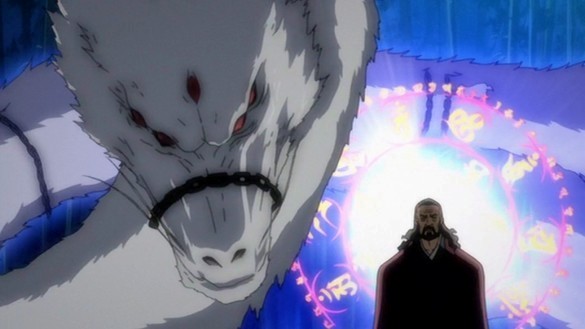 Hung might not be able to, but sure as shootin' Kagura's father and Byakuei reckon they can. 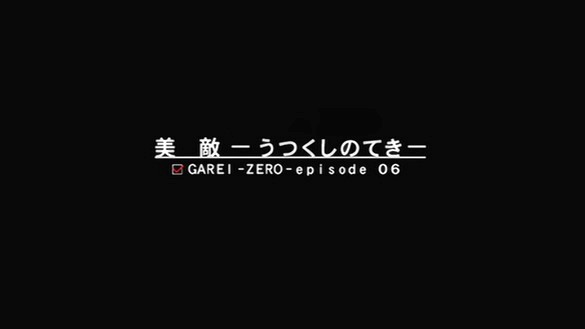 Ga-Rei Zero, Episode 05 Last time, Kagura's father saved the day, then smacked the crap out of his daughter for having a mental block about taking down human-based nasties.  What, then, does Episode 05 bring to us? 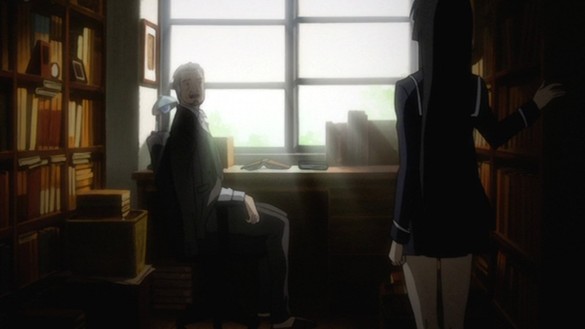 Yomi's dad calls her into his office... to give her a gift.  Y'know, right there's the difference between dads in this show: Yomi gets presents from hers, while Kagura's dad gives his daughter a scabbard across the back of the hands.  Anyway, the gift is one of his late wife's high-end kimonos.  After a few seconds of the Schoolgirl in Black making some of the most outrageous sounds ever heard outside of a bedroom, he brings up... Mr Laser Weasel himself, Noriyuki?  And if she still got along with him, and is she still okay with the arranged marriage?  Wait, the what now?  Turns out Noriyuki is the scion of another powerful family line of Exorcists, and yadda yadda stuff junk yadda. 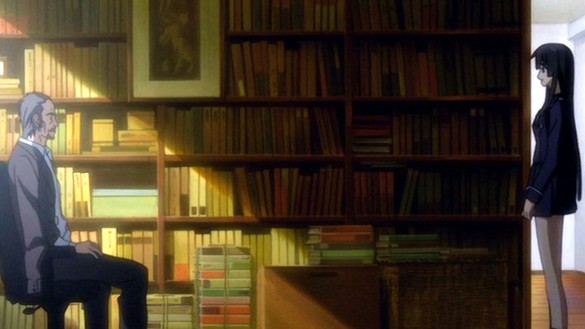 She gives a middlin'-long speech about how glad she is that he adopted her into the family, and because of that she's perfectly happy to still agree to the situation.  Well, whaddya know? 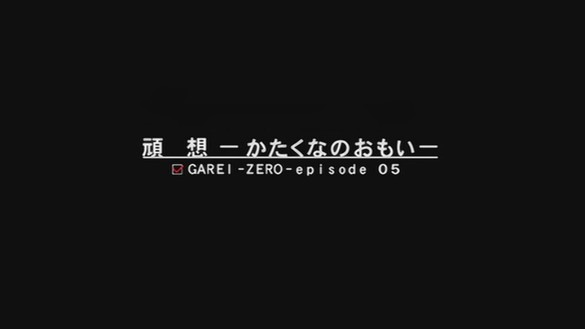