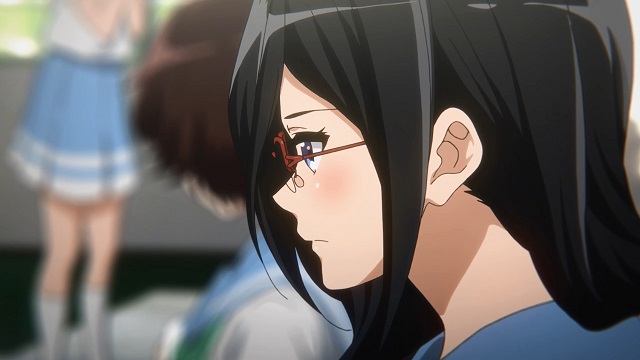 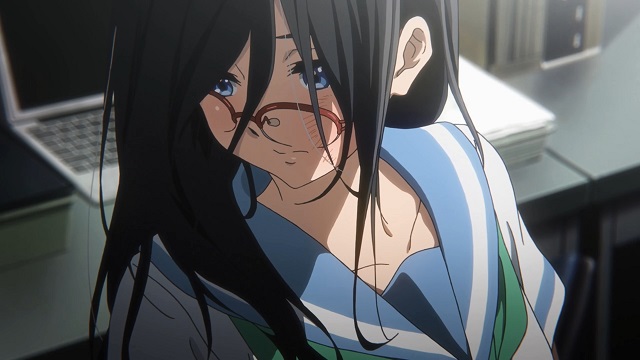 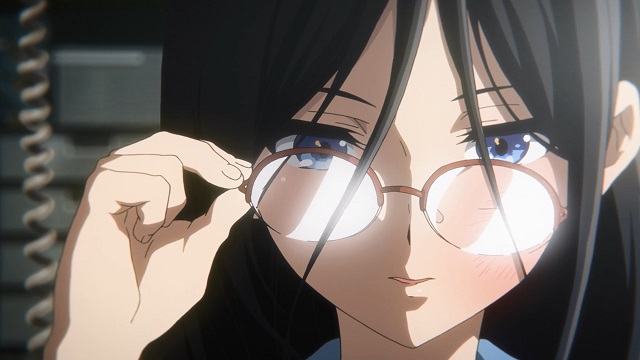 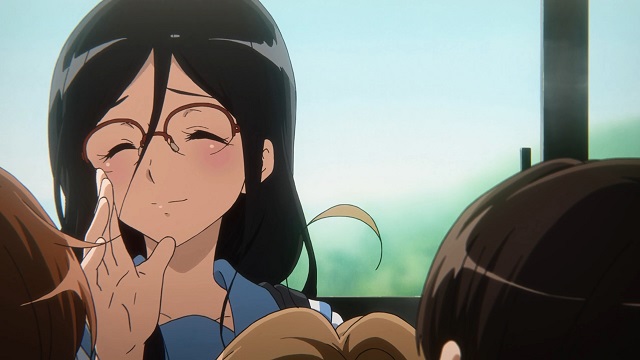 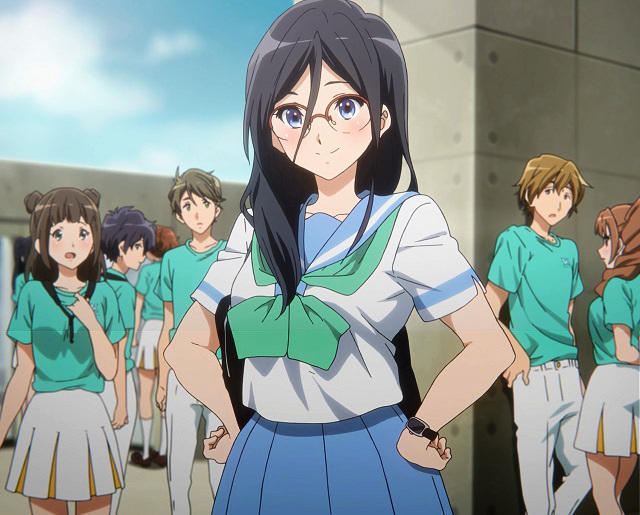 Your Weekly Asuka, S2E03 - E06 Yes, yes, the feature took a few weeks off.  Between the Cubs and overtime at work, it's been hard enough to watch Hibike! Euphonium 2, let alone write about it.  But this week was special, because we've finally gotten to see behind the curtain and find out what makes Our Goofy Cute tick... at least partially.  More than we have before, and that's a good thing.  Except... well, you'll see.  But first, let's get caught up. 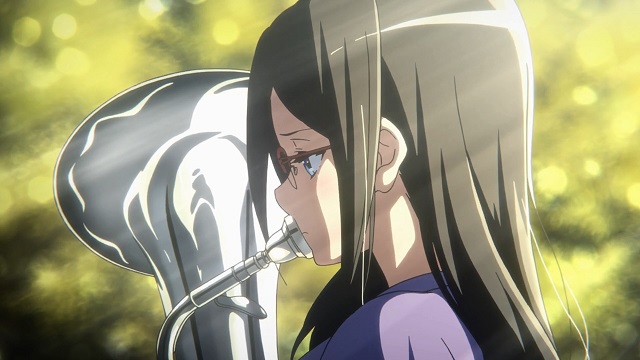 Episode 3 saw the band go to a training camp for a few days.  Meanwhile, the controversy about the third-year who quit the band wanting to get back in swirls apace... and all of it swirls around Asuka.  She's the one preventing it from happening for reasons she refuses to tell, other than it'd hurt the club.  Just like in Season 1, she's the focal point of everything... without being the center of the show.

Ep04 brought around the resolution of the previous episode's drama, and Asuka's true reasons for her actions become apparent.  One telling line from Our Silly Obsession was "I think people are fairly calculating in terms of their behavior."  When the show's nominal lead comes right out and says Asuka's too cynical, we get another one of these shots: 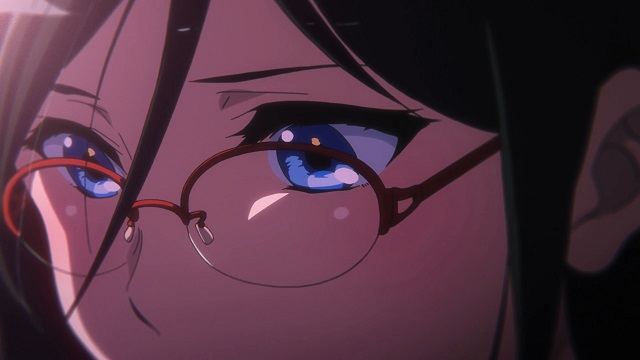 ...and her saying "Let's get to Nationals."  In doing so, the lead begins to wonder (again) what the REAL Asuka thinks, as do we all.  The look on The Goofy Cute's face as the scene comes to an end is not goofy at all, but... resigned, maybe. 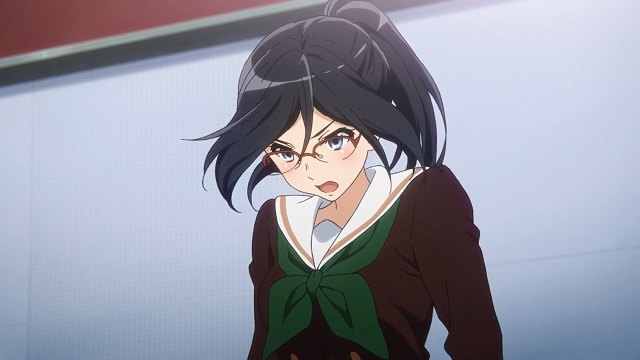 Ep05 includes a rather emotionally charged speech from the Vice-President of the Band Club, where she comes out and says just how badly she wants to win this competition.  She actually gets angry during it, which is new.  Even as it's going on, it's clear that this isn't just another rah-rah-win-one-for-the-gipper speech for her, there's something more brewing behind it.  And then KyoAni goes out and blows every production studio in Japan out of the water with the last eight minutes of the show.  We finally get to hear the band's competition piece in its entirety... and KyoAni animates the entire thing, giving every member of the band some face time... and not a single word is said during that time.  If you want to see the whole thing, you can watch it here... I'd recommend watching the whole episode though, simply because yootoob's compression does bad things to the video quality. 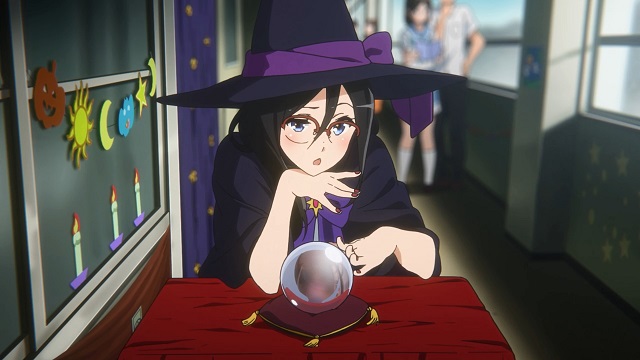 Ep06.  It's festival time at school, so of course Asuka's in full Goofy mode as a fortune teller.  After this, she disappears for the rest of the episode... or at least until the very end, where we find her alone in a classroom, practicing silently... while a woman with similar colored hair knocks on the door to the teacher's office. 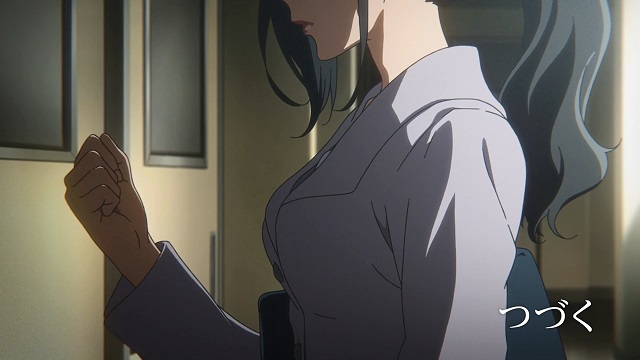 Which brings us inexorably to Ep07... soon.

1 The show is ostensibly about The Foursome, but clearly Asuka is the writers' favorite.

2 One of the things I loved about the whole concert piece was that the instrument sections were shown to be moving in sync, but not exactly in sync.  I mean, it's a little thing, but it makes it look and feel more real.