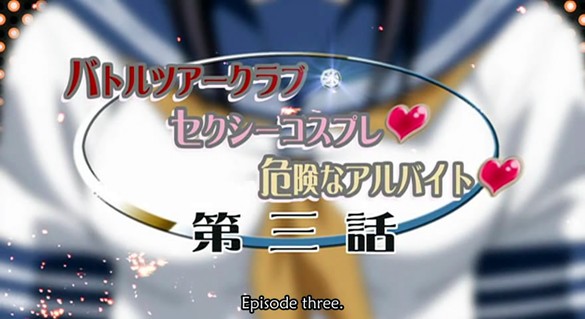 And who is our lucky contestant this time around? 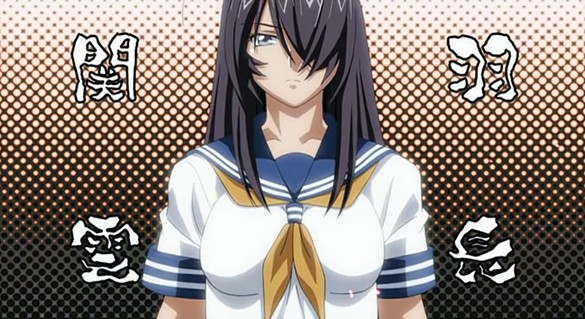 I could hear Steven's nose start bleeding  from here.

3 Pretty impressive, it must be said. But it still doesn't rate with the onsen episodes, I'm afraid.

4 By the way, I don't know if I've mentioned this recently, but Kan'u is the most beautiful woman in anime.

5 ...um...wow.  Thanks for the visuals, Wonderduck.  Every man in existence appreciates it.

And on an oddly related note, one of the spell checker's suggestions for Wonderduck was Wonderbra.  I'm not kidding.

â€¢ What anime are you watching now?
Multiple that are airing in Japan.  If you mean, "what anime that's been released in the US am I watching," then I'd have to say Please Twins.  I picked up the thinpack boxset a month ago, and only now have I gotten around to watching it.  Oh, and it's not a 'secret shame' anymore; it really is pretty good.

â€¢ What is your favourite time to watch?
Night-time, generally around about 10pm-ish, more or less.

â€¢ And your favourite place?
In front of my computer for fansubs, on the couch for DVDs, though the wing chair is common, too.

â€¢ Who is your favourite auteur?
None.  I don't do auteurs, I do shows.

â€¢ Which series did you never want to end?
ARIA.  They could make another 200 episodes about the gondola girls of Aqua and I'd watch 'em all.  I wanted a few more episodes of Azumanga Daioh, too, but mostly because I wanted to see what happened to the characters when they went into their first year of college, not because I wanted the show to go on forever.

â€¢ What is your most overrated anime?
Today, tomorrow and forever: Naruto.  Why that piece of drek is so popular is entirely beyond me.

â€¢ Which character could you have an affair with?
Like Steven says, "you're joking, right?"  Right?

â€¢ Who is your favourite character?
Alice Carroll, from ARIA.  Followed closely by Mai Kawasumi from Kanon.
â€¢ Which character do you most dislike?
Saji Genpou from the Ikkitousen series of shows.

â€¢ Which anime changed your life?
Ranma 1/2.  Not because it is anything particularly special, per se,  but it was the show that introduced me to this medium that I enjoy so much.