The Evangelion Movies: 1.11 You Are (not) Alone, pt 1 Before I get into the meat 'n' taters of this here writeup, I'm going to cover a little bit of history for those readers who may be not be of an age to understand what Neon Genesis Evangelion really meant to anime.  To call it a game-changer would not be overstating matters in the least.  When the series came out in 1995, it brought with it a number of things that have become commonplace in anime... psychology, deeper themes, mind-blowing imagery, flawed (sometimes deeply flawed) characters, on and on.  When it was first broadcast, it made fans of the show out of people who had never watched anime before, or not since they were very young.  What's happening right now with the Game of Thrones TV series, with people who'd never think of opening a sword-and-sorcery novel hanging on every second of the new episodes, that's what happened with NGE. 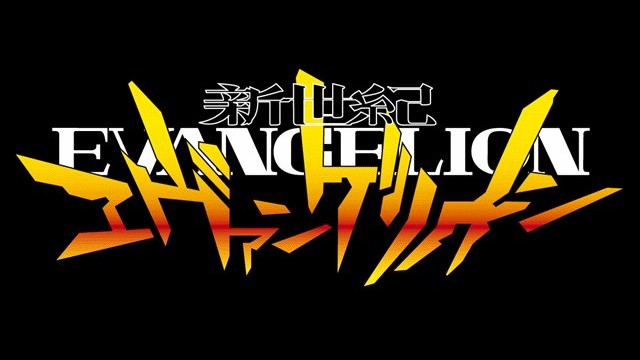 In short, it was very, very ambitious, and that's where the problems began.  It went so far afield from the norm that there was some confusion over how to take the show.  Then Gainax, the production house, ran out of money and the final episodes were full of long, long still shots, reused footage, and in the final two episodes, a distinct art shift.  In fact, it never really gave the viewers an ending... or at least an ending people could understand.  Despite this, NGE was a ridiculously big hit... so big, in fact, that Gainax has made a bulletproof cash cow out of the merchandise for the show.  It also spawned a multitude of movies presenting the "true" endings of the series... none of which are to be the subject of these writeups. 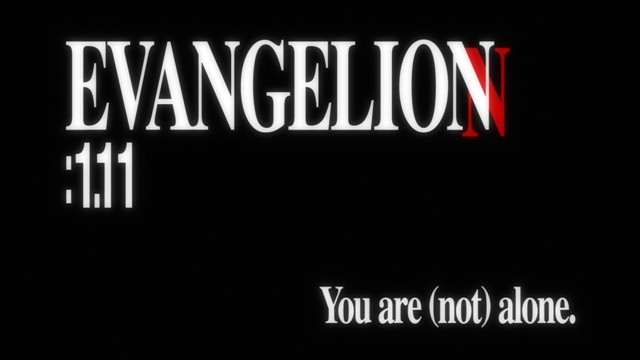 Instead, what I'll be doing are the three newest films, collectively called "The Rebuild of Evangelion."  They are... similar... to the original series in many ways, but very different in others.  Which doesn't matter a hill of beans to those who have seen the original series.  There is no doubt in my mind, and those of others, that it is one of the few "must see" shows for a fan of anime.  That doesn't mean that the watcher will actually like the show, but it will almost certainly create strong feelings in the viewer.  Some will be turned off by the dysfunctional emotional cripples that make up the cast, some by the rather graphic violence, some by the weird mindf*cks that occur, whether by plan or by happenstance.  Me, I liked the show, but I've no interest in rewatching it.  Having said that, I'm on record as saying that I think the movies are great improvements over the original series, and I'm actually looking forward to doing these reviews!  So enough of my blathering, let's get to it!

2 Hah! Improved greatly by the fact that this follows the ViviDred write-ups, with bonus points for the reference to that great Powerpuff Girls / Evangelion parody opening AMV.

I've not been able to bring myself to watch these movies yet; the original series I watched once solely because That's What You're Supposed To Do, and I haven't gone back since.

3 Evangelion didn't do anything for character development that Space Battleship Yamato or Miyazaki or scores of other shows hadn't done first. If you were paying attention. Which apparently a lot of viewers weren't doing. (To be fair, a lot of the dubs and subs were really bad back then.)

Shrug. I found Evangelion really boring and unsubtle when it came out, frankly. I literally couldn't see what was so exciting. But obviously it was a gamechanger for some, because lots of unsubtle characterization and angst and flawed characters followed. (In retrospect, I think what really excited people is that it caught that don't-trust-the-narrative thing that made X-Files popular.)

Oh, well. It's worth watching, but it never was as important as people's (inexplicably strong) response to it was. (Also barely got through the first boring book of Game of Thrones, despite or because of being a big fan of long fantasy and of the Wars of the Roses. You couldn't pay me to watch the show.)

4 Sorry, went off on my own inexplicably ranty rant.

Maybe the upside-down city is a sign that Ikari went to Ohmori Academy with Utena's predecessors.

5 Except Evangelion finished airing over a year before Utena began airing.

6 But the show's events occurred twenty years after Utena finished airing in Japan.  So presumably Ikari was a fan of the show.

7 I meant it in a fanfic crossover sense....

I suppose the real artistic source for the upside-down cities and castles is Escher and such, or maybe just the persistent idea that you ought to be able to reach into the reflection of a castle that's in water below it. 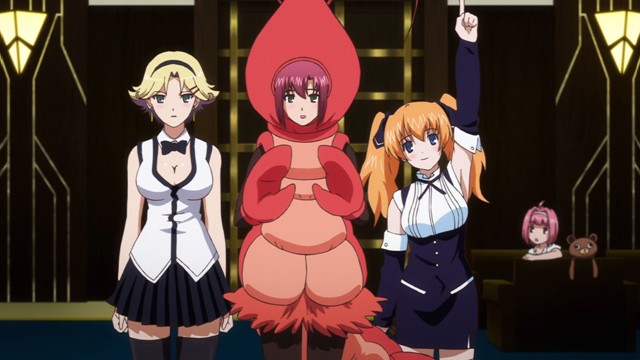 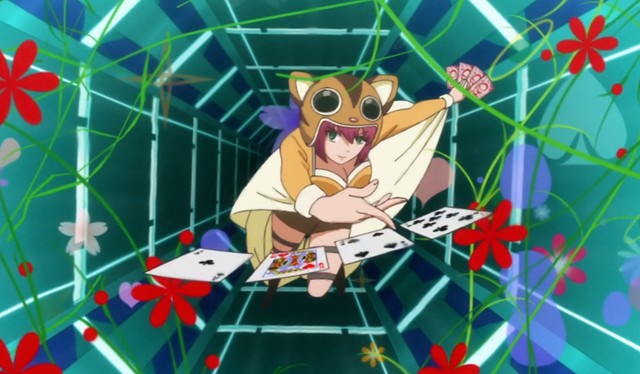 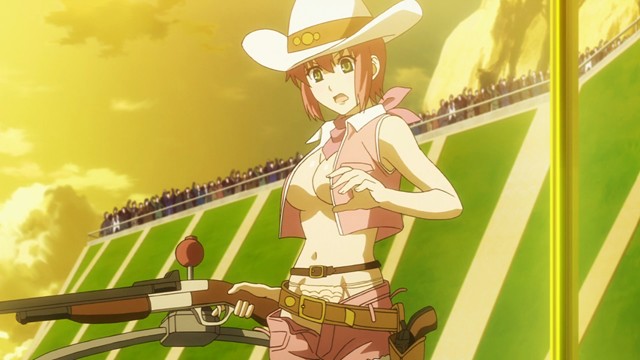