Carnival Phantasm Ep09: Oh, SO Disappointing! Type-Moon's 10th Anniversary OVA Carnival Phantasm has been consistently hilarious throughout its run, even when you aren't all that familiar with the characters being parodied.  For example, I've never seen Tsukihime, but I've been laughing harder at those skits than the Fate/Stay Night-based ones... and F/SN is one of my favorite shows.

However, I had heard a rumor that the 9th episode of Carnival Phantasm was going to be something I would find truly special... a Grand Prix race using the F/SN characters.  Eh?  Really?  So it was with a sense of  excitement that I started the episode... and imagine my surprise when the rumors appeared to be true! 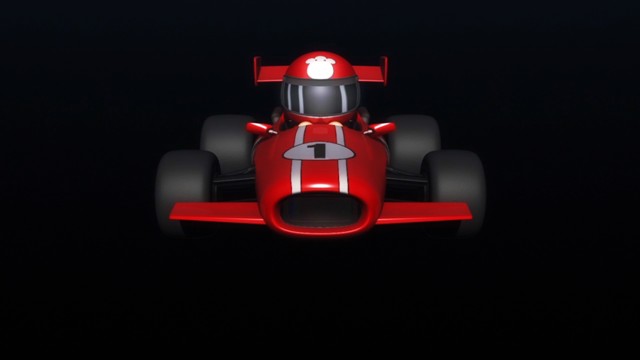 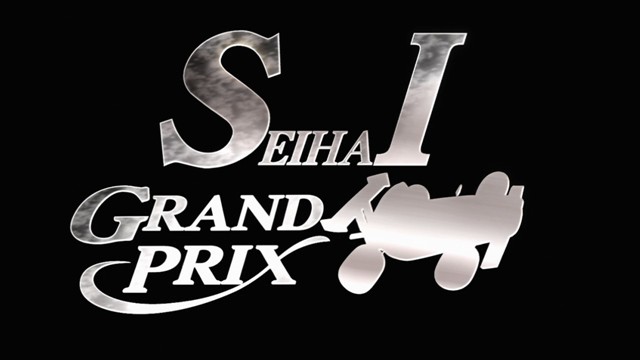 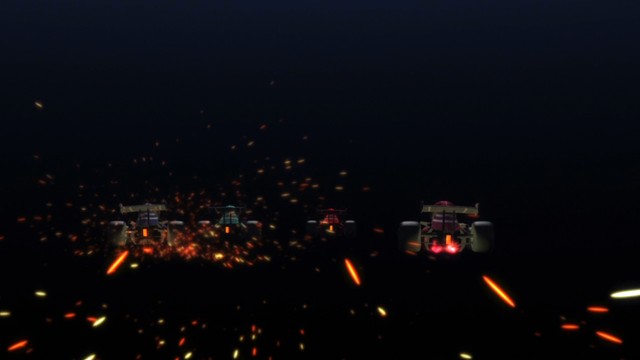 WHOA!!!
My heavens, could it be true?  I mean, sure, there was going to be silly things going on, but it really looked like we'd be getting a Formula 1 Grand Prix-style race for our enjoyment!  We haven't seen one of those since Yakitate Japan Ep44!  I was actually excited. 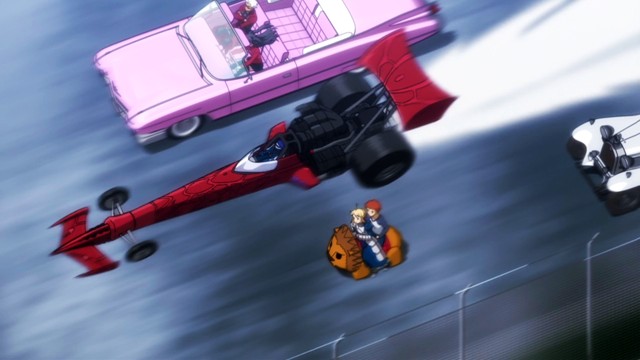 I mean, Carnival Phantasm was probably the best chance I had to retire from blogging!  As I said somewhere, if there's ever an anime with F1 and rubber duckies involved, I'd shut The Pond down with no regrets.  And CP just blew it.  Oh well... better luck next time. 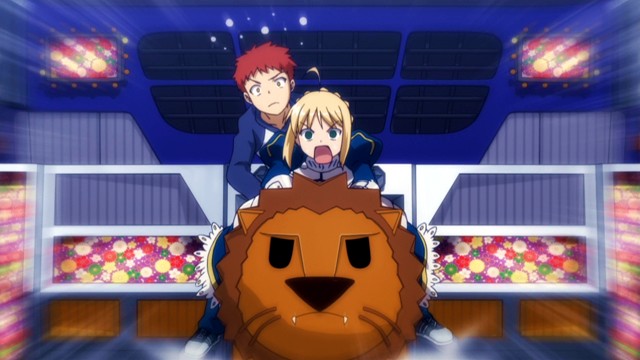 1 You gotta admit: the pink pimpmobile is a classic.

2 Oh my stars and garters YES... Rin as Penelope Pit-Stop...That is so...right for some insane reason.

I must find this show.

3 Honestly, I was quite dissatisfied with the first batch of these. Too much Neko Arc, too much one-note comedy (the Sailor Moon parody, the terrible comedy sketch... yes, okay, Sacchin is a comic character, but she's better when the comedy amounts to more than "she's a terrible comic"... to say nothing of the other two! Bad comedy is really hard to do right.)

And too many of the good bits (of which there weren't a lot) were cribbed from comedy doujin I read years ago. The one where everyone ends up sleeping in the sun on the futons, for example...

Did it settle down and get better?

4 I don't have an answer for you, Av.  For the most part, I've had a ball with the entire OVA series, so I can't say that it "settled down."  And I can't say what was cribbed and what wasn't, since I haven't read the doujins.  It's all original to me.

5 Went and watched the next five. Complete turnaround victory. All the repetitive crap of the first four was gone, and nothing but good stuff and fun times left.

Now I remember... it wasn't doujinshi at all. It was actually Type-Moon's own comedy comics. (So you can't really blame them, they're their own scripts!) I thought the Sakura one was done considerably better than the comic, though - extra layer of humor through Sakura's own vanity, which was missing from the original.

How could they have missed the scene with a shirtless Archer riding on the front of the car, though? Come on, he's the only other character from -anything- who could pull that off.