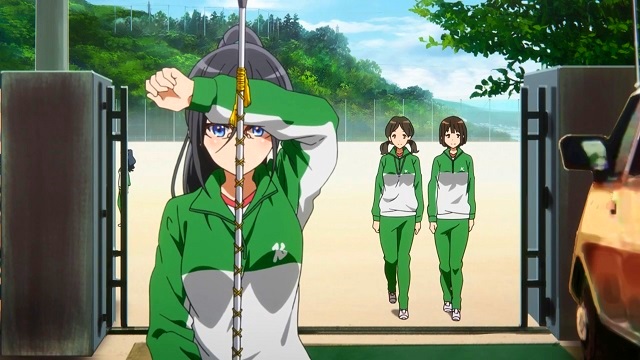 -Hibike! Euphonium, Ep05
This week, the Goofy Wacko we've come to adore is almost entirely missing.  In her place is a being we've never quite seen before: Deadly Serious Asuka.  I mean, last week she was the voice of reason in a band leader meeting.  This week, she was the stern taskmaster who drove the marching band to levels they didn't know they could reach. 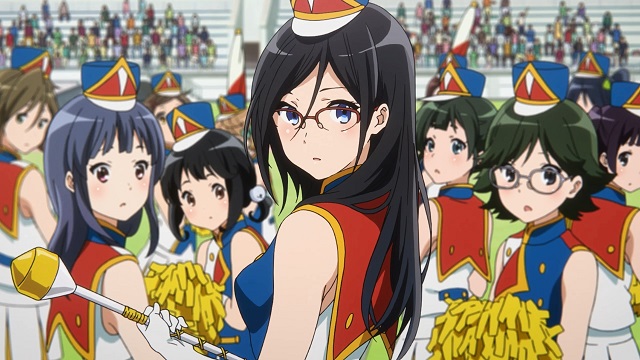 Because she's the Drum Major and darn well in charge on performance day.  She was also the consensus pick to be President of the Band, but she didn't want the job.  Well, no wonder she was so influential last week. 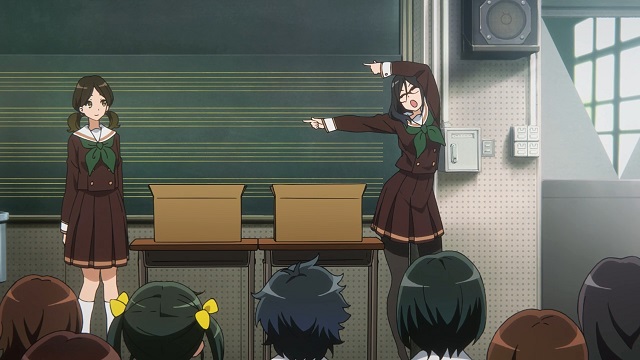 On a completely different note, if you're not watching this show, you're missing out on perhaps the best work KyoAni has done since the Haruhi movie.  I mean, yes, there's the scene that everybody will be talking about, but they're making sure every single box is checked everywhere. 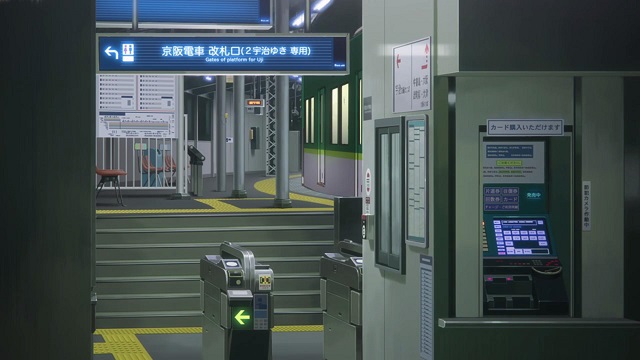 Sure, just a simple train station, but holy crap, I thought I was looking at a photograph when I saw the screenshot.  Honestly, KyoAni brought their "A"-game for this one, and when they do that, ain't nobody in the same league. 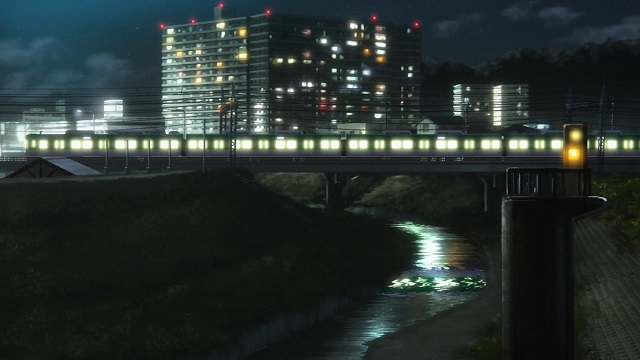 It goes without saying that the reflection of the train's lights in the stream is animated horizontally, but if you watch the scene carefully, you'll see there's also movement caused by the flow of the water.  It's a throwaway shot, on-screen for a couple of seconds at most (and, ohbytheway, the train is exactly as long, end-to-end, as the screen is wide), but there's more care put into it than you'll see in almost all flash-based style animation, and most anime in general.  Yes, I'm fanboying.  Yes, I'm gushing.  No, I don't care.  It's just.  That.  Damn.  Good. 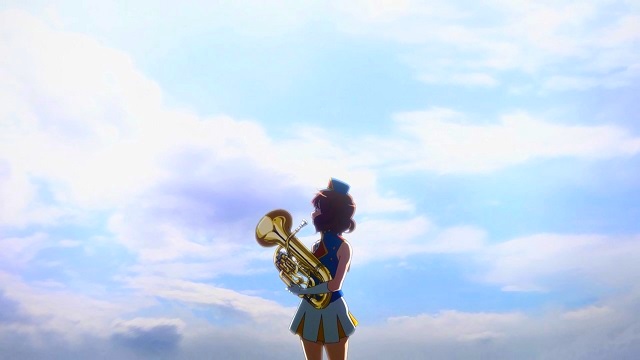 I want this band to play this song.  A little bit of self-referential humor for the studio.  Now if you'll excuse me, I want to go watch this episode again.

2 Amazing. Simply amazing. Kyo-Ani is knocking this one out of the park, across downtown, and into yet another park entirely. The writing is nuanced, the scenery is amazing, the background detail is lush, and... yeah, that smile. Wowza.

Having spent a long stretch of my life playing instruments (From elementary school right through high school.) as well as having been in the marching band, I am enjoying Sound! Euphonium so far.  There is a lot of little touches which impress me, as well as the posters the Fandom Post who are also coming the series into the series with a musical background.

Not that there are not some things that cause me to go 'Huh?  How is that again?'  But at least it works better than Plastic Memories.

4 I haven't had much time for animu since 2008, but this may just get me to hoist the skull and crossbones again. Marching baritone in high school and college was good times.

5 That's something I've only made brief mention of in my write-ups:  the attention to detail regarding the instruments and playing them.  How to clean a wind instrument, how to clear it (remember the brief shot of several players puffing  air into the instrument without the horns making a sound?)  How to hold the instruments.  How you look when you play the instruments.  Heck, there have been a couple of scenes where KyoAni even depicted the correct fingerings of the notes being played.

Some of this stuff you don't even get in higher-budget movies.  And sure, that's all fanboy stuff.  Which is when you get into the plot and the characters, which are also tremendous.

6 Okay, wonderduck, you've sold me.  How/where do I get this?

7 It's on the torrents. Try Nyaa-torrents and do a title search.

Crunchyroll is streaming it under the name 'Sound! Euphonium,' which is the official English language name given to it by its' R1 licensor Pony Canyon USA.  You do need a premium subscription to watch the latest episode for the first week following its' premier.  After that, and all previous episodes, can be watched for free.