What's Wonderduck Watching?: Fall 2008 Okay, we're far enough into the current season for me to have made up my mind as to what I'm sticking with.  Finally.

So, without further ado, the latest season of What's Wonderduck Watching?


Clannad ~After Story~:  Wow, here's a shock.  It's KyoAni.  It's Key.  It's slice-of-life.  What else could a Wonderduck want?  Well, nothing, really.  It's nearly the perfect show for me. 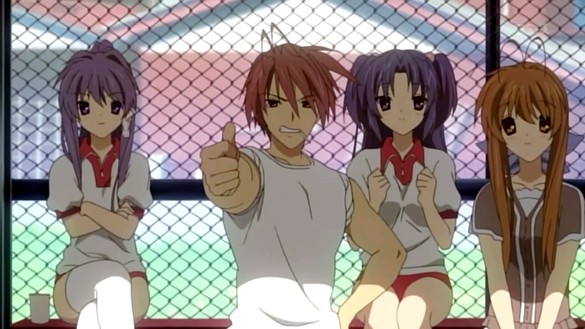 Of course, it's the continuation (not a sequel) of last winter's Clannad, picking up directly where that series stopped (not ended).  With so many story lines from the game left floating, let alone the actual "after story" to be touched upon, this is one game that truly needed two full seasons worth of episodes.  The first season had everything one could ask for: humor (lots of it... it was one of the best comedies of the season), drama (or melodrama, take your pick), action (Sunohara, the human punching bag), romance (duh), and just enough of everything else to keep you coming back for more.  This season?  More of the same, with the fear of what's coming to make you shiver.  I'm agog. 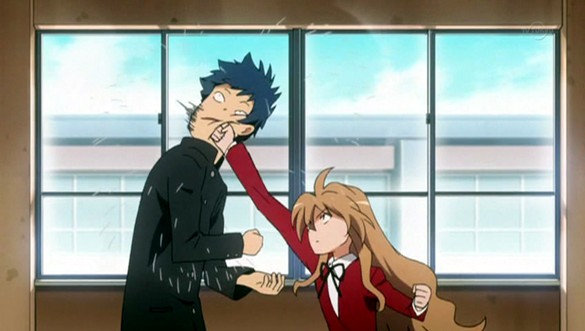 Well, no.  But it IS funny.  Her nickname is "The Palmtop Tiger," which is a great nickname for a tiny tsundere.  Of course, they decide to help the other get their respective targets of affection.  And, of course, you know they're going to wind up with each other.  That's kind of a given.  It's the getting there that'll be fun.  There's nothing really new involved with Toradora!, but that's not a bad thing.  Unless, of course, they kill each other first... that'll be different.

Toaru Majutsu no Index: aka "A Certain Magical Index".  In a world where esper powers are common, our hero doesn't have any.  Or, rather, he has a negative skill: his right hand can cancel out any power it comes in contact with.  One day, there's a loud thump on his balcony... and finds a hungry girl hanging on his railing.  Index is, essentially, a living magic bookcase, filled with 110000 forbidden grimores of magic, which she can access at any time. 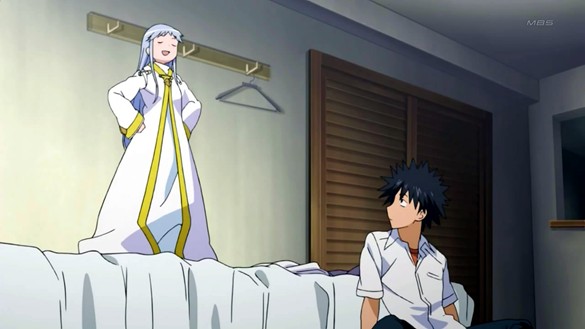 ...and she's being hunted by "The Church", which controls magic.  But why?  And is she really what she says she is?   Index had a great start, but has slumped after that, but it's still good enough to keep me hooked.  If it doesn't pick up soon, though...

Akane-iro ni Somaru Saka:  She's a rich girl that transfers into the school.  He's the "Geno Killer", a total badarse... except he isn't.  It's a nickname that his friends stuck him with as a joke, and a legend grew up around it.  He's actually (say it with me) a nice guy. 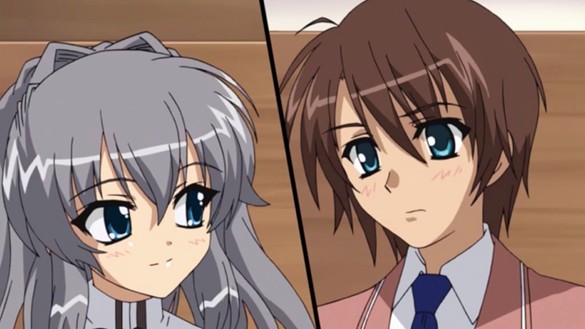 Problem: her father is an industrialist, in charge of the largest corporation in the country.  His father (and mother, too) is a... secret agent, I guess, it's not exactly clear yet.  Anyway, the secret agent rescued the industrialist from a kidnapping.  In gratitude, he betrothed his only daughter, the heir to the family wealth and power, to the secret agent's son.  And they've never met before.  Hijinks ensue.  Again, nothing particularly innovative here (though the secret agent bits are so over the top they make James Bond look like a piker), but the characters are interesting, the art is good, the girls are cute, and the personalities strike sparks off each other all the time.  It's just fun.  Nothing to write home about, but fun... and probably the series that I most look forward to seeing every week (non-Clannad division).

I'm also keeping an eye on Yozakura Quartet, a supernatural thriller with an intriguing art style and a story that the production company hasn't bothered to tell us about yet. 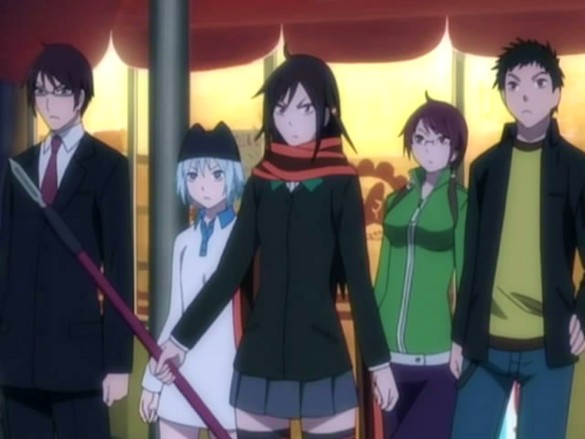 It isn't bad, per se.  I'm not sure it's good, though, and could be dropped at any time, which is why I'm not giving it much of a writeup.

*sigh*  Do I have to admit to this last one?

Rosario + Vampire Capu2.  YES, it's schlock.  YES, it panders to the fanservice fanboys and nothing else.  Anything negative you care to say about it, yes, yes, yes.  But... 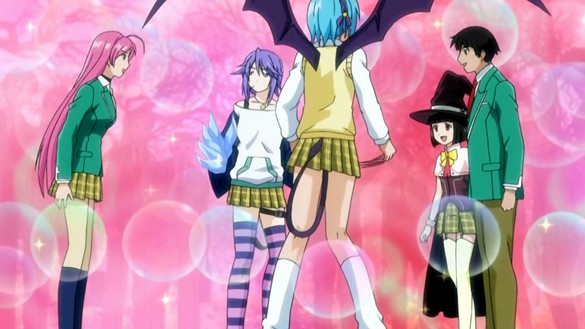 ...it got a budget this time around.  As a result, it looks really good.  And sometimes that's all you really need.  Lord knows, it's dumb as a box of hair.

So there you have it: What Wonderduck's Watching, Fall 2008 season!

2 I watched the first episode-and-a-half of Macadamy Wasshoi, Steven, and to be completely honest, it both bored and pained me.  At no time did I find it interesting or funny in any way.

So Tanarotte can weep all it wants, it makes no difference to me.

3 Looking at the screenshots that are up from episode 7 of RosyPants, I think it's safe to say that by abandoning the darker continuity, they've freed themselves to use the lighter stories from the manga in any order they want. With plenty of pantsu.

I'm sure this infuriates the people who insisted that the first series only got good when they ran out of animation money and started cramming all of the serious stories into far too few episodes.