Tokyo ESP, or "Why Is Wonderduck Smiling?" It should come as no surprise that things have been somewhat dour around Pond Central of late.  Relaxing, certainly, but morale here is low.  Over the past few weeks, though, I've noted the occasional good vibes being aimed at a currently-running anime named Tokyo ESP.  As is my wont when I'm investigating a new series, I tried to avoid as much spoilerish information as possible.  For the most part, I've succeeded... what I did discover was that it was based on a manga by Hajime Segawa. 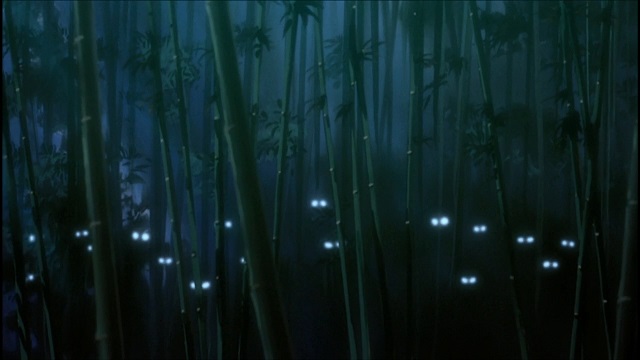 That forced me to pay attention to what I had been hearing.  See, Segawa was the mangaka behind Ga-Rei, the source material for one of my favorite anime, Ga-Rei Zero.  Around these here parts, GRZ is best known as the first series to get an episodic writeup and pretty much the only truly good series to get that treatment. It didn't take me very long at all to decide that I had to watch at least a little bit of Tokyo ESP.  After some digging around to choose a good translation, I downloaded the first couple of episodes.

So why, exactly, is Wonderduck smiling?

Note: if you're a fan of GRZ, do NOT read any farther, and DO watch Ep01 of TESP.  Trust me on this.


Here's how the first episode opens: 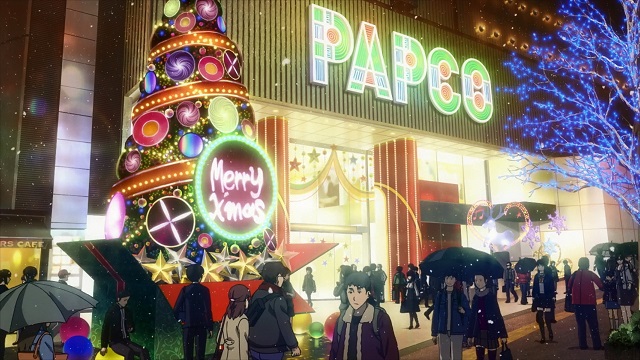 Ah, Christmas in Japan.  Young couples walking arm in arm, young men wishing they had girlfriends, and people waiting for their dates to arrive as the snow falls lazily from the sky.  Standing amidst all this hustle and bustle is... 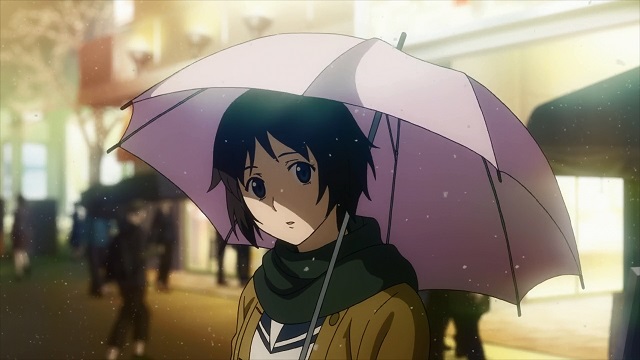 ...you have got to be kidding me!  Ladies and gentlemen, The Schoolgirl in White has returned to grace my pages once again!  GRZ's Kagura Tsuchimiya is back!  And, since she has short hair, it's sometime roughly around the time of that first show, as well.  So who would Kagura be waiting for? 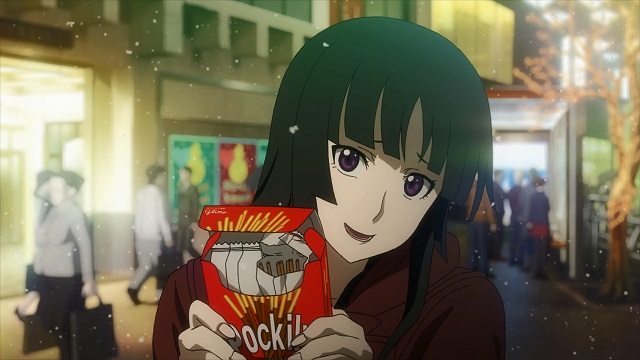 I have no words for the total joy I felt when this happened.  Yep, The Schoolgirl in Black, Yomi Isayama herownbadself, has made an appearance as well.  The grin on my face must have been either awesome to see or terrifying, one of the two. 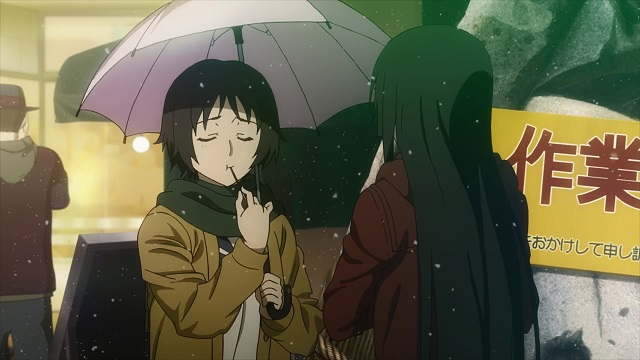 The angry Kagura, soothed by the taste of the chocolate-covered biscuit stick, forgives the tardy Yomi.  The two exchange Christmas wishes as The Schoolgirl in White munches on her delicious snack. 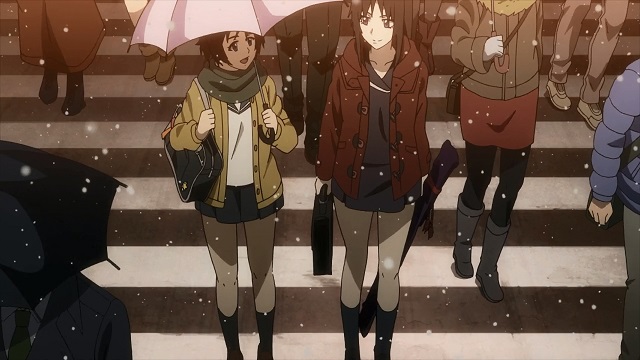 And then, the two run off to whatever Holiday plans they have.  As the camera pulls back, clearly all is not well in Tokyo this day... 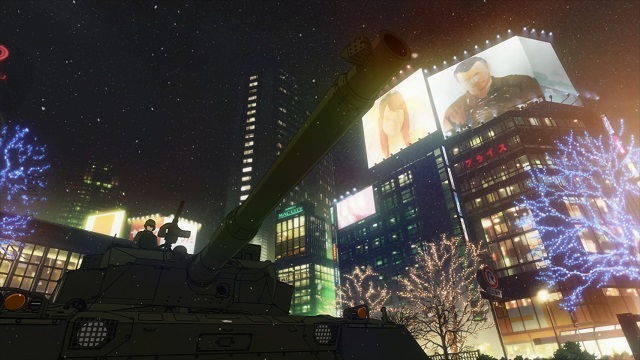 I've watched the first two episodes of Tokyo ESP so far, and I've liked what I've seen.  I don't expect it to measure up to GRZ, as the vibe it's giving off doesn't feel quite right, but if you're in a mind for some super-hero-y action, and probably some horror down the line, with some comedy thrown in (a flying penguin?), this might just surprise you.  It has me!

And who knows?  Maybe Yomi and Kagura will show up again.  The only time Tokyo ESP could be taking place would be during Ep03 of GRZ, before the Butterfly Boy shows up.  None of the series takes place during the winter, so it's gotta be in the vicinity of the "time skip".

UPDATE:
I forgot to mention, these guys are in it, too. 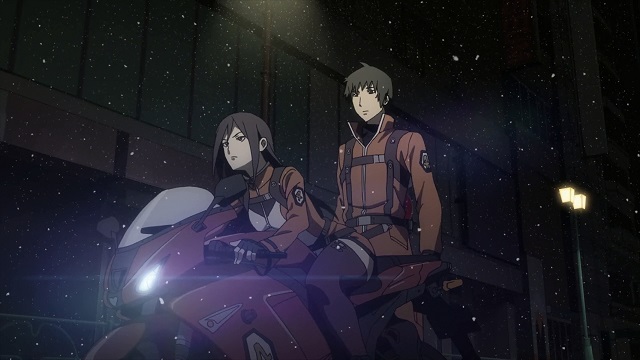 They're no more effective than they were in Ep01 of GRZ, but they survive their visit this time.  Gotta give 'em that, I guess.