Timewaster Delayed! I've been working on the next First Episode Writeup for the past week after having found a good BD rip of it.  It's been a slog, however, as the episode has a bad ratio of unexplained-action-to-explaining-dialogue.  That makes a coherent writeup difficult to create since I often wind up worldbuilding at the same time.  However, I've made it about a third of the way through, and the second half is flashbacks.  Yay, I guess. 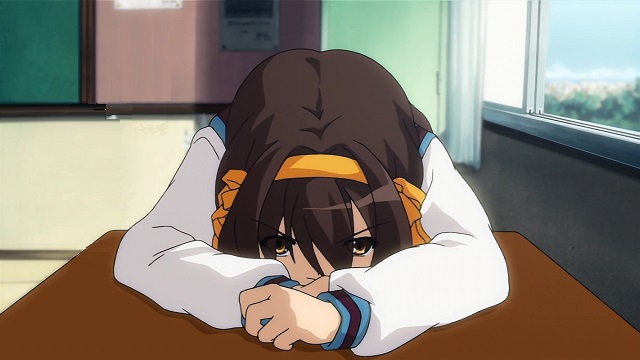 Have you ever had something force its way into your awareness in such a way that you couldn't ignore it?  Let me give you an example.  Back in 1991, I was driving up to Minnesota to get an apartment and tour the town I'd be going to grad school in.  As I crossed the Mississippi River at La Crosse, a saxophone-led song with a funky backbeat came across the car radio.  Catchy, I thought, but the DJ didn't say the name of either the song or the artist.  Later that night, as I was out driving around the town, seeing the sights (such as they were), same song came on.  Again, no name, no artist.  I woke up the next morning, turned on Good Morning America or one of those shows, and wouldn't you know it?  The live musical guest for the day was a blonde saxophonist named Candy Dulfer, with Dave Stewart from the Eurythmics on guitar, playing a tune called "Lily Was Here."

I bought the cassette before I left Minnesota.  I felt like I couldn't not do so.  What's the point of this story I hear you asking?  Well, it's happened again.  There's an anime series that forced me to watch it, just by showing up everywhere I looked for a couple of days.  Didn't know anything about it, but it kept forcing itself upon me... I felt violated, yes, but it'd be a while since that had happened.   As I rolled through the first episode, I realized it'd be perfect for a writeup.  It was just begging for one.  As a result, I've put the original writeup that I'm a third of the way finished with on hold and will now be doing this mystery show instead.  With luck, it'll be up tonight or Sunday! 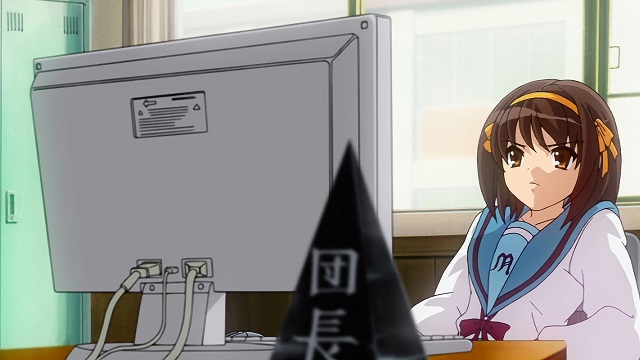 Look forward to it.  Or not.  Whichever.

2 Nope, that's your gig, Steven.  I have a very particular set of skills, skills I have acquired over a long career, and they are not needed for that show.