Tacos Tacos Tacos... Last year, BeeTrain brought out the third and final installment of their "girls with guns" trilogy, El Cazador de la Bruja (NOIR and Madlax being the other two).  At the time, Pond Central was still cursed with dialup, so I wound up dropping the show after four episodes, all the while vowing to catch up with it down the road.

Well, I finally did.  During the past few days, I've watched the whole series, and enjoyed it greatly.  It's not as good overall as NOIR, but there's a lot more humor in El Cazador, so that part evens out.  We won't even be talking about Madlax here, as it's not even in the same league as these two.  The main characters, Nadie and Ellis are very likable, and work well as co-leads.  The setting is one you don't see often in anime: Mexico-ish (the show doesn't explicitly state they're in Mexico, but I'll go out on a limb here), and the animators got the look (or what they think Mexico should look like) down cold.  The plot is a little weird, with some supernatural elements thrown in.  There's action, drama, comedy, and for those who who had problems with the director's decision not to show blood in NOIR, there's blood here, but never excessive, and always plot-based.  Unfortunately, the supernatural aspects (which to me seemed silly at times) alone knocked El Cazador down from the level of  the (more or less) reality-based setting of NOIR.

Of course, saying that El Cazador isn't as good as NOIR, which is on my short-list of favorite shows, is kind of like saying that Willie Mays wasn't as good as Babe Ruth.  It may be true, but you're still making a serious comparison to the best of all time, and there's no shame in not quite matching up.

I would highly recommend this show to anybody who likes NOIR, The Dirty Pair, or a bit of action with your drama/comedy mix.

I give you fair warning, though: there's an earworm 'round these parts. 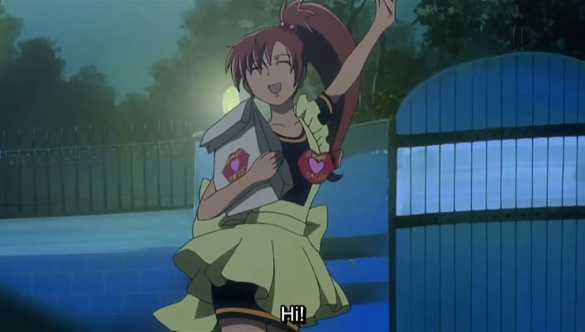 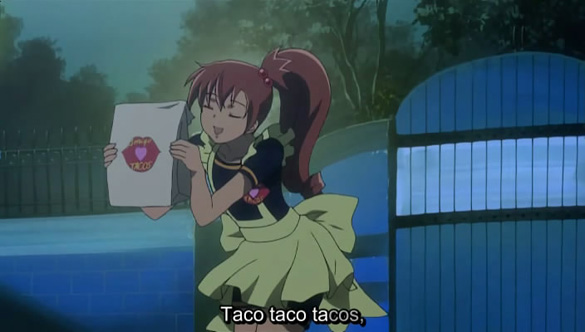 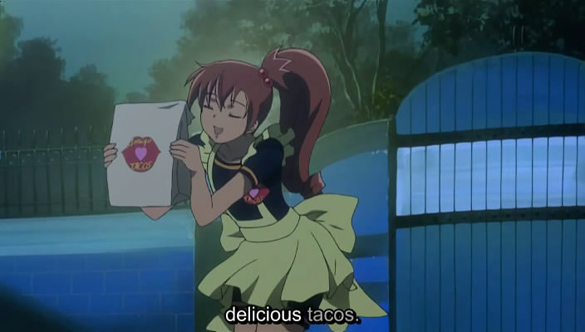 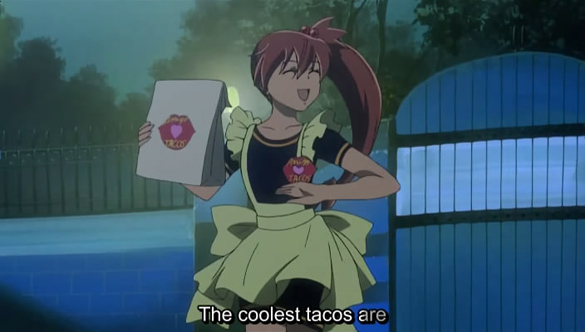 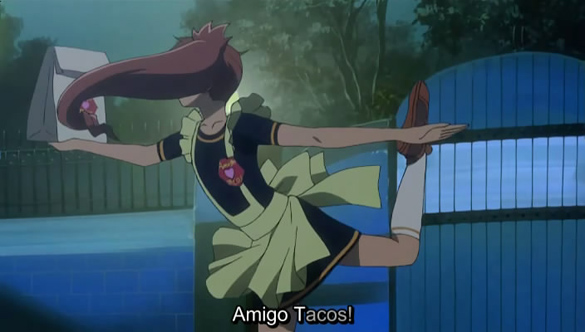 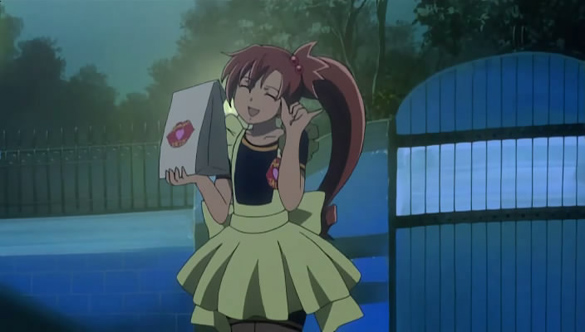 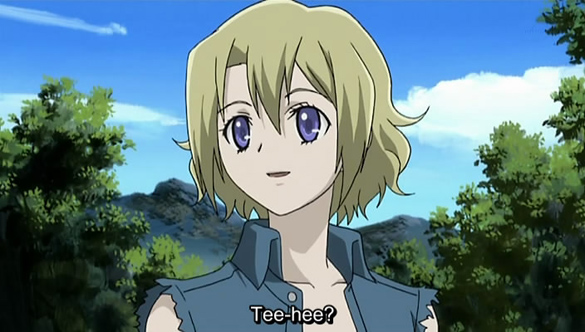 3 In a later ep, Ellis is doing the Amigo Tacos jingle, and Nadie tells her she forgot the "tee-hee" at the end.

But thanks for adding one, anyway

4 It's not so bad. Now the caramelldansen video...

5 The tacos song is the definite running gag of that series (other than those crossdressing bounty hunters, but they don't count).  I got tired of it after a while, but it came back with a vengeance when L.A. decided to do it. Fun times. :3

Storywise and actionwise, it's not as good as Noir. But I like it better as a complete show because the characters and interactions were funner, it always kept a humorous tone to it, and I like random adventures over plot most of the time. I'll definitely buy it if it comes out here, while I'm still mulling over buying Noir after all these years since watching it.

6 I totally disagree about Madlax,I happen to love the show.

7 Necromancy at its best!  Adam shows up to a thread that's been dormant for nearly four years... to complain.  Bravo!