Sad Wonderduck In Snow It's winter, and you know what that means to a Kyoto Animation fanboy, right? 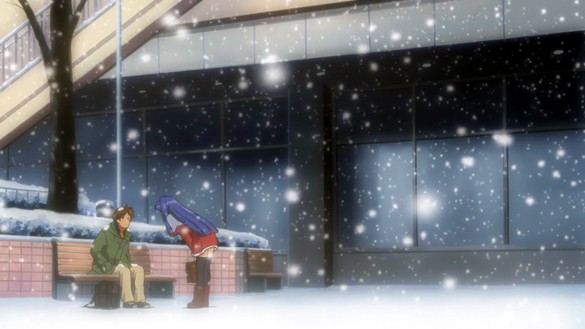 It's Kanon '06 time again!  Oh, sure, I could watch this show whenever I feel like, no question.  But to truly feel right, it's gotta be watched during the cold and gray of wintertime.

Lucky for me, a couple of fansub groups have been 'subbing the recent Japanese Blu-Ray release of the show... and if there was one "killer app" that could force me to upgrade everything to BD, this show would be it.  It's from a time before KyoAni went... um... cartoony with their faces.  I mean, let's compare: 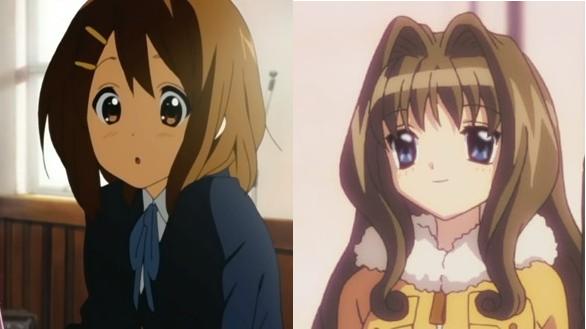 The picture on the left is from KyoAni's most recent show, K-On!.  More specifically, it's the main character from K-On!, in the OP sequence, which is where you find the best animation.  The picture on the right, however, is from Kanon '06, is of a tertiary character, and is from an unimportant scene in the first episode.  Which looks better to you?

It's things like this that make KyoAni fans all stabby.

Anyway, Kanon '06.  My second most favorite show.  Blu-Ray.  The final days of my vacation.  Bliss.

Oh, and for all those people who say KyoAni can't do fanservice? 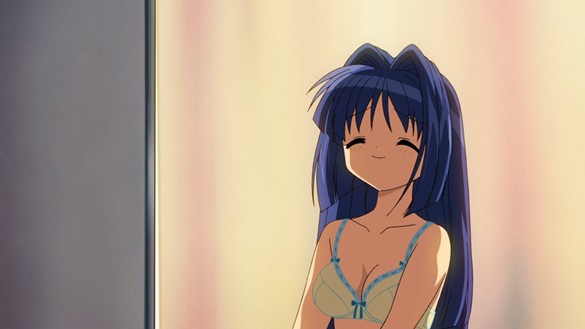 Okay, I admit, it's the last fanservicey shot KyoAni does ever... but still!  I've always wondered just why they put this scene into Kanon '06, other than the obvious.  Nothing like it ever occurs again in the show.  I don't remember it being from the game, so it's not a shout-out.  It's just... there.

Which is fine (more than fine!), but it's also kinda odd in context.

1 KyoAni can do fan service. There's plenty of it in Haruhi.