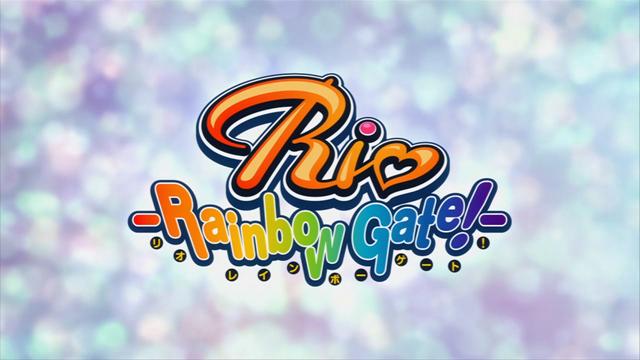 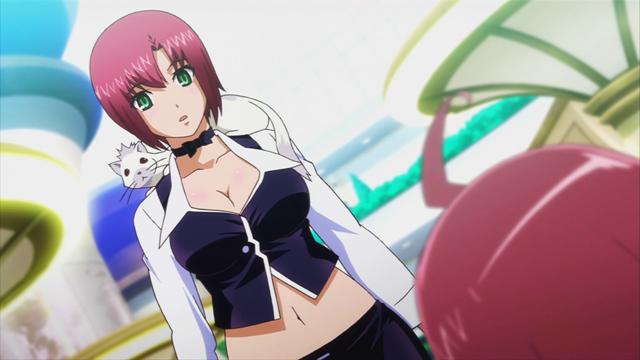 Right, a show of hands: who expected me to say "yes, we've got an unexpected hit here"?  Because if you did, you're an idiot.  Sometimes the previews don't do a good job of predicting what's going to be good or bad, but not this time... this time they got it spot on.  Rio Rainbow Gate!'s (or RRG as I'm going to call it from now on) first episode was nothing more than a fanservice vehicle of the lowest order.  Now don't get me wrong, I'm not against fanservice in the least, heavens no.  But there's got to be something to drape the fanservice on for it to be worthwhile... y'know, like a story, or plot, or engaging characters, or something.  RRG has none of these things. 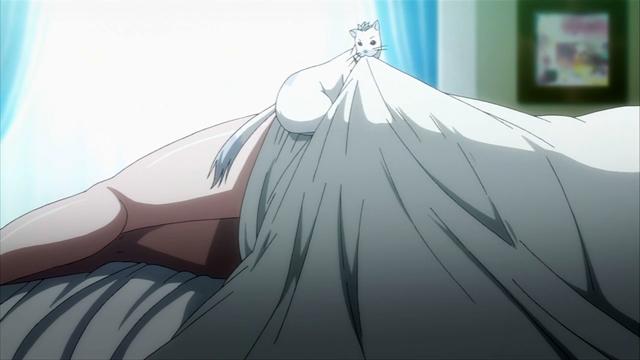 ...but it does have a laser weasel.  You know times are tough when spirit beasts from Ga-Rei Zero are reduced to working in drek like this.  Anyway, what plot there is apparently will go something like this:  Rio is the star dealer in a casino city, she's been nicknamed The Goddess of Victory (because when she walks into a gambling area, suddenly everybody starts winning), and she's trying to collect 13 legendary cards to earn the title "Most Valuable Casino Dealer."  I say "apparently" because none of this actually shows up in the first episode.  No, here in Ep01, we're introduced to the Mint, the daughter of some rich old guy.  Mint wanders around the casino, meets Rio, winds up with her as her bodyguard(?), hijinks ensue.  Some other guy tries to steal Mint's teddybear, then winds up gambling with Rio for it.  Rio wins a poker game that looks like a cut-rate version of the mahjong games from Saki, except nowhere near as coherent. 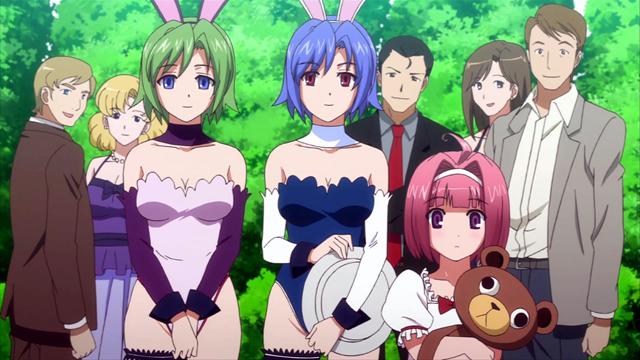 Along the way, we're introduced to a few of Rio's coworkers, like those two above.  The one with the blue hair does most of the speaking, green hair just tends to quietly repeat the gist of blue's sentence (example: "It wasn't made in Belgium."  "It wasn't.").  There's also a "Hollywood star" who's also a dealer, and the perverted owner of the casino who's main goal in life appears to be getting Rio naked.  Not being able to do that, he instead just orders her to cosplay various outfits. 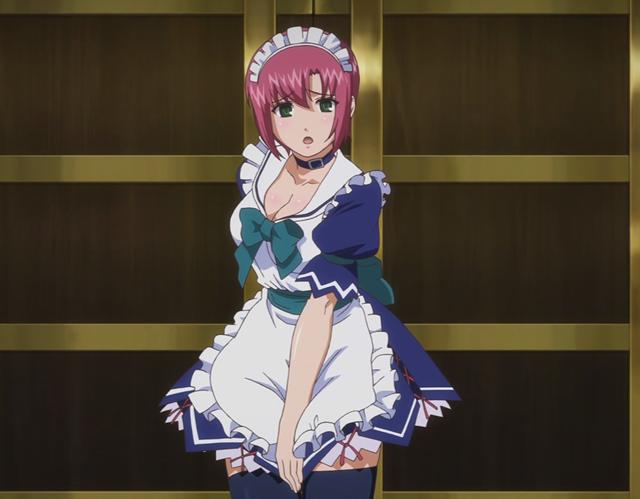 Such as this maid outfit.  Please note that a few minutes later she's wearing this same costume while kicking the snot out of some thugs that are trying to abduct Mint... or are they?

Then there's the wedding dress Rio wears during the "climactic" poker game, again "suggested" by the owner of the casino.  Apparently there is no such thing as a Human Resources office in this place, or if there is, it's run by Kimura from Azumanga Daioh. 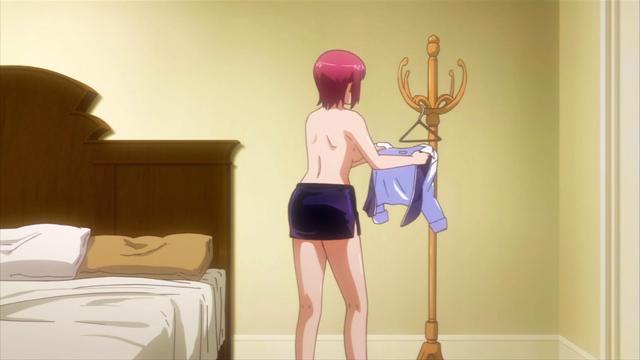 Hopefully you're getting the gist of RRG here: let's get Rio into as many revealing costumes (or none at all) as possible, and hope that nobody notices that the rest of the show is terrible.  Well, Xebec, the cards are down on the table and you've got a busted flush showing... appropriate really, since RRG is nothing more than crap that deserves to be flushed.  If you're going to make a raw fanservice show, you should at least attempt to make the animation decent, but RRG couldn't even manage that; characters wander off-model, which just shouldn't happen in a computer-animated series, and movement is often choppy or jerky. 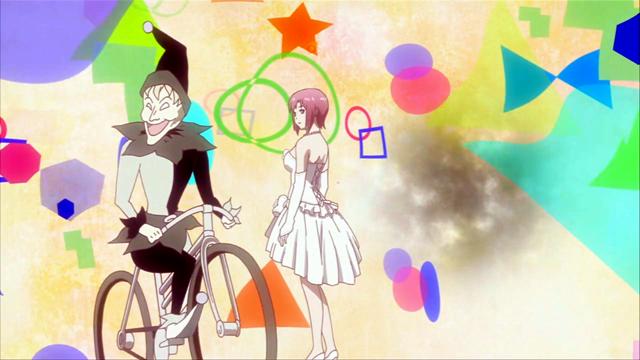 A joker on a bicycle: playing card reference, or is Rio suffering from a really high fever?


I wasn't hoping for much from Rio Rainbow Gate!, but the first episode managed to under-deliver on even my low expectations.  Avoid like the plague, unless of course you're into masochism or really bad anime.  On the sports-talk radio station I listen to on the way to and from work, the afternoon hosts have a term they use, "fun-bad."  That's what you get when an athletic team, like the Cubs, are so bad that you start to wonder just exactly how they're going to lose the game this time.  Lose a pop fly in the sun?  That's not fun-bad.  Lose a pop fly in a gatorade bucket?  Fun-bad.  It's a fine line, fun-bad is... a team can go from bad, to fun-bad, all the way to really unpleasantly bad, in an instant of poor sportsmanship or annoying behavior.  That's RRG, right there: it blew through fun-bad without blinking... hell, without even stopping to acknowledge fun-bad. 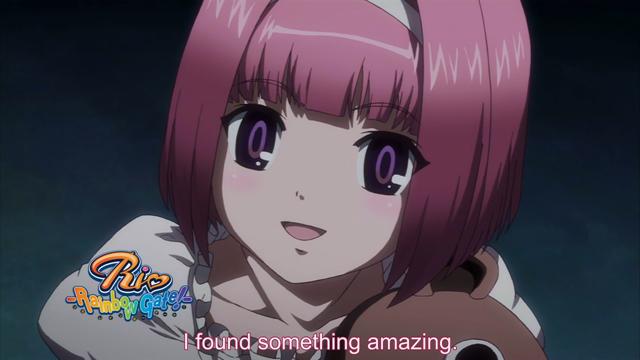 Whatever it was, Mint, it sure wasn't this show.

UPDATE: Steven has a slightly more positive view of the show.