Please Consider This A Teaser 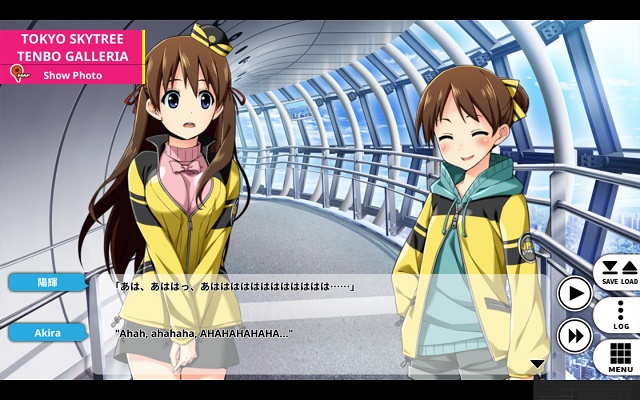 Just a little something I picked up via Steam a few weeks ago... well, actually, it's the new extended version of something I picked up on Steam back when I booted from the bookstore.  Since it was selling for less than the cost of a couple of Chicago Style hot dogs (hold the peppers and cucumber slices, please!) and fries, I figured what the hell.

In a lot of ways, that's still my reaction, though it's more like "what the hell?!?" now.  We'll see when I'm done and get it written up.

I picked up the first of the Hyperdimension Neptunia revamps in a fit of "what the hell". I... am not sure whether that was a brilliant or an idiotic decision.

Neptunia Rebirth:1 should be a great game on the PC, since it is what the first game might have been if the developer had not run out of budget during development.  But it can be an idiotic decision to get it on the PC without getting an USB game controller to play the game, due to the awkward nature of the keyboard controls during fast-reaction/reflex game segments (Which are not the actual battles, strangely enough.).

I like very much that it is available for direct download, via GoG, the same way the first two Legend of Heroes: Trails in the Sky games are.  I despise Steam and the necessity of using it for some games.

Because if I want to play a game, I do not care how light on system resources it is, I do not want a client running in the background to allow me to run the game.

I do not want the game publisher to force you to update a game whenever they want, if you just want to play a single-player campaign.  It would be different for a multi-player match, but almost all the games I play are not designed that way, and I have do not play them that way either.

I do not want to install a game from physical disc and then sit through having the ENTIRE game install get downloaded from Steam before I can play it.  That actually happened with both XCOM: Enemy Unknown and Enemy Within.  That makes me feel like I am renting the game at full price.

It may be a mild form of DRM, but I do not want DRM that requires a client.

Lastly, there have been other digital download clients that did not force you to run the client whenever you started the game.  There is no physical law of the universe that mandates that Steam has to follow Xbox Live as its' operation model.

5 I don't mind Steam, but if a game is available on GOG I'll certainly go there first.  And the first Neptunia game just happens to be on GOG now.

(Also, not all games on Steam need the Steam client to run, but it's not something they exactly advertise...)