Manimani's Best Sora no Manimani isn't the best show of this season; that's a dead heat between Taishou Yakyuu Musume and Bakemonogatari.  But I'll be damned if it isn't my favorite show of the season, and maybe the whole year.

My favorite part of the show is Sayo Yarai, who's the brains behind the Astronomy Club.  She's also the steadying rock of the club, an excellent balance to the impulsive and frenetic Mihoshi.  If there's ever been an anime I've been drawn to because of a single character, Sora no Manimani would be it, and Sayo would be that character.

Sayo being Sayo.
Which is not to say that SnM is a one-character show; far from it.  The whole gang is fun to be around (except for the Club President, who tends to pass out and bleed from the mouth if you look at him funny, or if the wind is blowing), the humor ranges from intelligent to slapstick, the art is pleasing to the eye, and the stargazing scenes look fantastic.

But I'd rather have Sayo be the main character.  She's just more interesting than Mihoshi and Saku, both of whom are pretty much cookie-cutter.  Saku's a bookworm and Mihoshi's on speed; we see them all the time in anime.  Sayo's quiet, but not a Rei or Yuki.  She can be goofy, smiles a lot, and people listen when she speaks.

And in ep05, we discover she has some other assets... 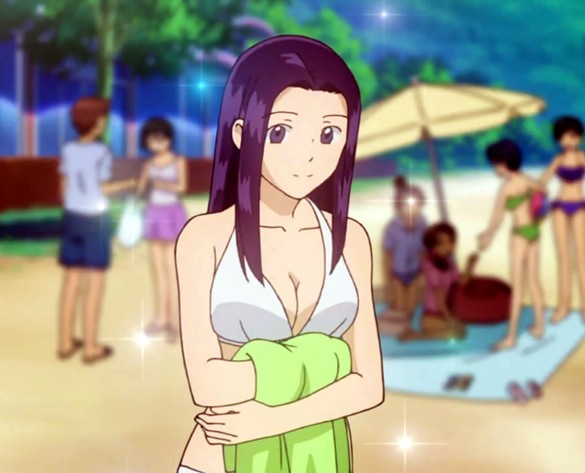 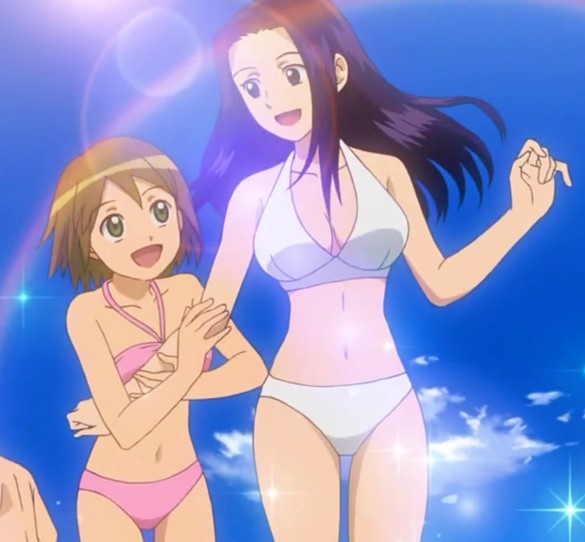 Rowr again.
I sure didn't expect fanservice in SnM, but to be honest, I won't be sad if it comes back in the form of Sayo later. 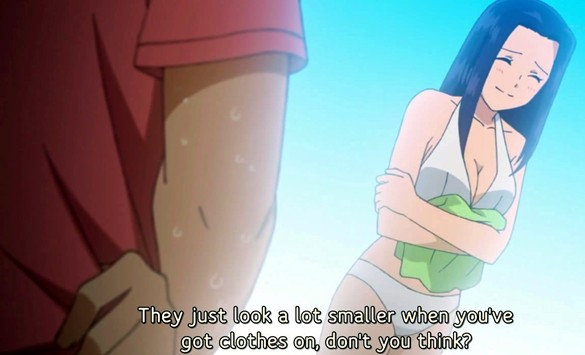 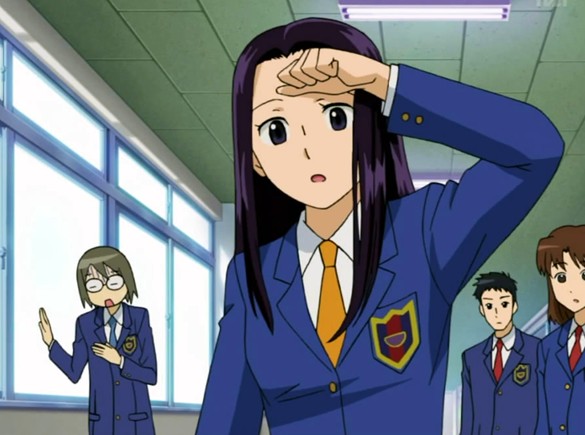 Still, Hime does have a point... we never saw 'em coming.