Little Girl, Big Gun A couple of days ago, Steven was talking about an anime fetish/trope/whatever, namely, "Little Girls with Big Guns."  Last night, while I was waiting for my broadband connection to get fixed, I stumbled upon another example or two: Gretel from Black Lagoon 2nd Barrage. 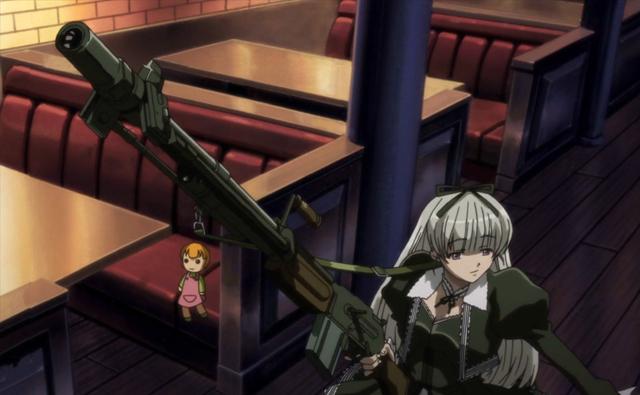 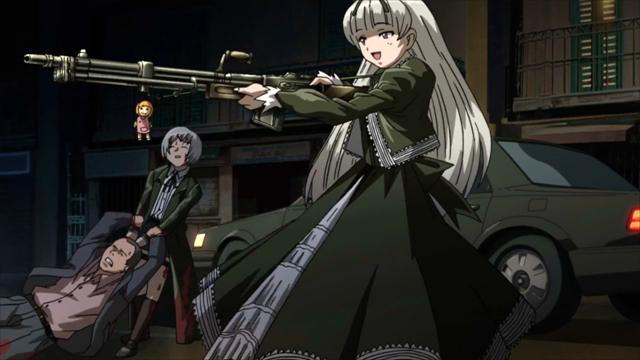 In case you're wondering, it's a M1918A2 Browning Automatic Rifle, or BAR.  Sort of halfway between an assault rifle and a machine gun, I suppose it's the predecessor of today's SAR.

Now, one can debate if Gretel actually falls into the category of "Little Girl," but that's an argument for another day.

1 As I recall, Bonnie Parker (of the infamous Bonnie & Clyde) was known to have used the BAR in shoot-outs, and she was a petite, almost delicate little creature...

2 It was Clyde who used a BAR. She may have borrowed his on occasion, but I don't think it was her usual weapon.

3 Also, Clyde cut off part of the barrel of his BAR to make it easier to handle.

4 A cutdown increases recoil and blast. I have a Mosin M-59 as a living example.

5 Bonnie Parker, aka Bonnie Thornton,aka my great aunt (married Roy Thornton, grandfather on my mother's side brother). That side of my family always had an odd reputation. No wonder I liked them so much.

Never fired one, always wished to.  I'd rather have had that than the M-14 I was issued.  (Just me)