Kurokami The Animation: Why Shouldn't I Drop it? NOW UPDATED TO IMPROVE GRAMMAR!
Okay, here's the story.  Not that long ago, I was gushing about Kurokami.  The first two episodes were good-to-very good, the animation was swell, the characters were interesting, so on and so forth.

But something is doing a good job of turning me off the show.  Big time.  Look, here's our main character: 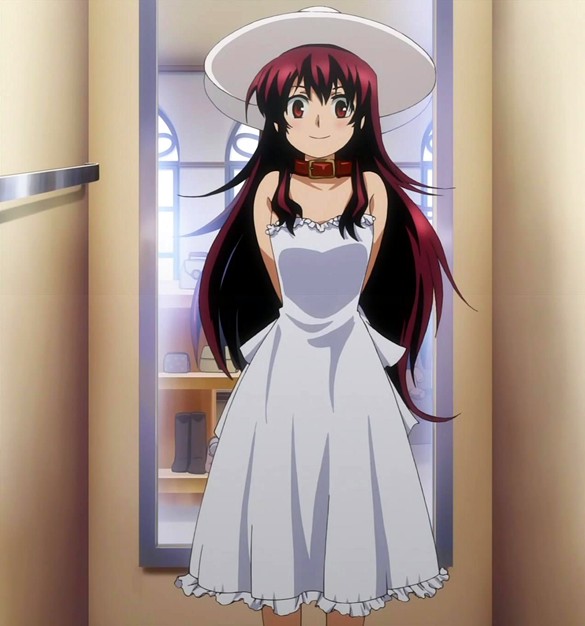 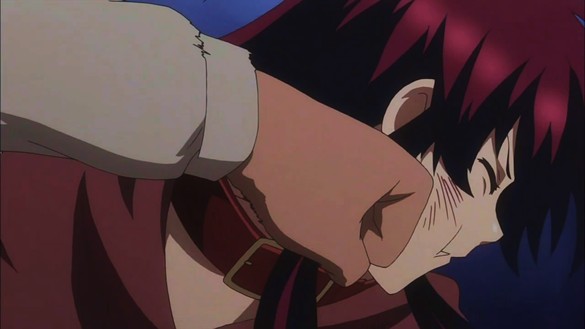 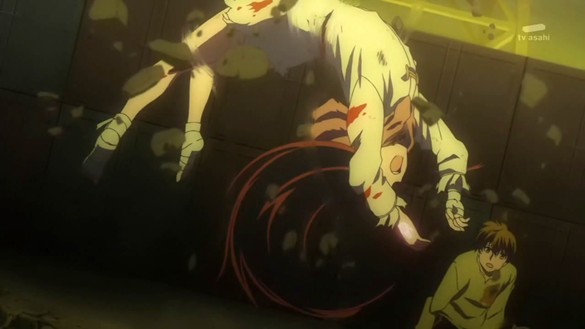 The Bad Guy has just hit her so hard, she bounced when she hit the ground.  Splat.
In the first episode, it was all fresh and new, and the director didn't take it to fetishism levels.  Now, though the brutality dumped on her is hard to take.  I'm not saying that it'd be easier to watch if she wasn't cute, but when she gets pummeled into a shapeless broken lump every frickin' episode, it's awfully disturbing. 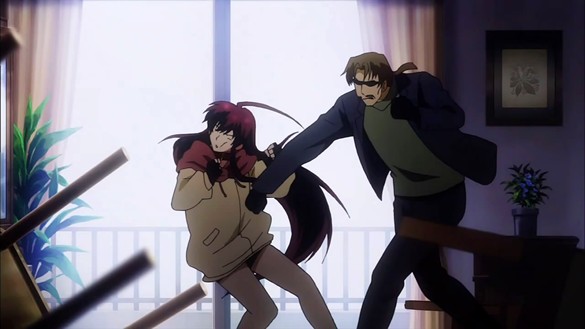 Ugh.
Violence isn't uncommon in anime, of course.  Elfen Lied, for example, is one of the bloodiest gorefests I've ever seen.  That show doesn't glorify what's happening, however, and a lot of it actually doesn't happen onscreen.  With Kurokami, though, it does and you're practically forced to watch it occur. 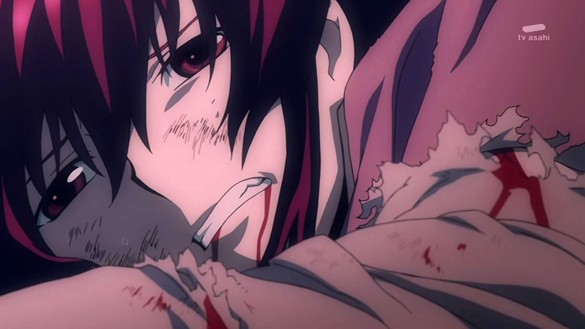 Did we REALLY need to have this shot on our screen?
"It's a fighting anime, Wonderduck, you need to expect this sort of thing."  Yeah, I got that.  But for heaven's sake, does it really have to be in your face all the time?  And yes, I know she's always gotten revenge on her opponents.  Granted and appreciated. 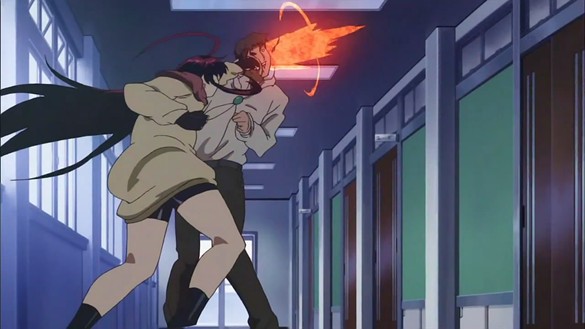 Foom.  Ka-splat.
But it's not enough.  She gets beaten to within an inch of her life every episode (in one case, the bad guy straddles her prone form and throws punch after punch after punch into her face for 30 seconds, fortunately not all on-screen), but eventually she takes the bad guy out with just one or two punches.  I'm not saying that we should see her turn sadist and spend five minutes dribbling someone's head down the hall (Meadowlark Lemon, eat your heart out!), but the director should stop drooling over the beating she's taking. 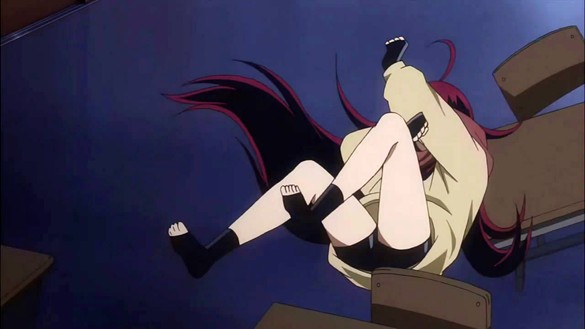 On the other hand, we've discovered that she IS wearing pants... at least, after she was taken to a clothing store and had a new wardrobe purchased for her.  So she's turned into hamburger, but at least she's got pants on, so that's nice.  I guess.

So why shouldn't I drop this show?  I like a lot of it, but the "dark side" of Kurokami is so distasteful that I'm really close to letting it go.  I have a feeling that I'd be missing something special if I do... it does feel like Kurokami is just that good... but it's hard for me to take.  At least her dog hasn't gotten beaten to death yet.  It won't surprise me when it happens, though.

Argh.  Here's another cute picture to cleanse the palate: 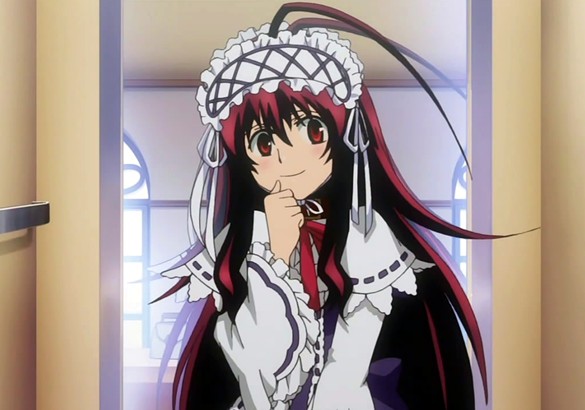 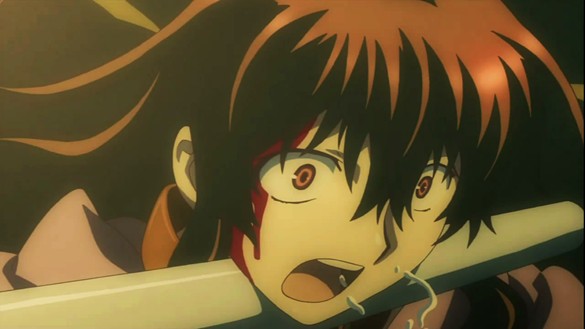 3 The explanation is because it was awesome.  You keep surprising me, Wonderduck.

4 Oh jesus christ, kurokami is barely even seinen, how could you try and make some fights that are just barely not shounen styled into this post.. It's pretty god damn tame really, and looks like it's getting closer to shounen super power fights with each episode. Either way, give me kurokami over all the other junk that came out this current season, excet maybe maria + holic.

6 OOOOHHHH!! Sentence fragment, HOW COULD YOU WONDERDUCK!?!?!! FAIL!! Jesus christ, had to laugh at this pathetic blog..

7 Your opinion is noted, Anon, and then promptly ignored.  Come in here with a real name, and then people might take you seriously.

Oh, and "Sentence fragment, how could you Wonderduck!?!?!!" is grammatically incorrect.

8 Heisenberg's Law of Grammatical Correction states that it's impossible to comment on someone else's bad grammar, spelling, etc. on the internet without making some error of your own. ;p

9 I pretty much dropped this anime today! I got sick of the "guy watches girl get kicked in the face till he thinks he should synchro" stuff, and the bad story.