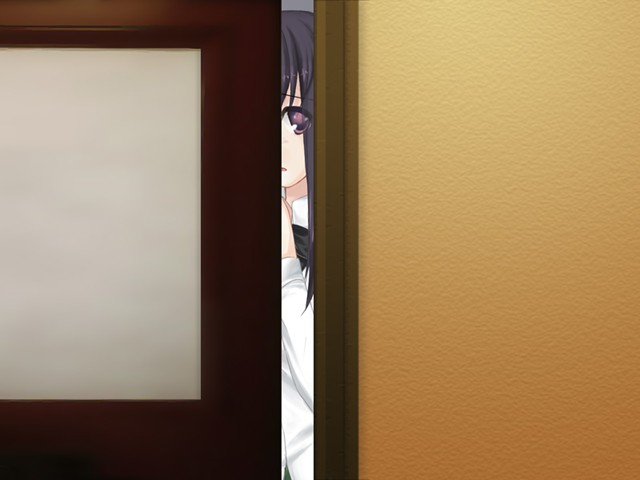 1) THE BACKSTORY
Hisao is a bog-standard high school student.  He's got all the usual hopes, dreams and aspirations of any teenaged guy.  When a girl meets him at the athletic field after school and begins to confess her feelings for him, he's excited the way any guy would be.  His heart beats faster and faster as his dream girl says that she wants to go out with him... and then he has a heart attack.  Whoops.  He awakes in hospital where he gets the diagnosis: arrhythmia.  He's got a potentially fatal cardiac problem, he'll have to take shovelfuls of medication every day just to stay alive, and his lifespan is no longer to measured in decades but in years.  He's in the hospital for an extended period of time.  His friends stop visiting the hospital, even the girl that confessed to him no longer comes by.  It's decided that he's unable to attend a "normal" school, and instead is to be bundled off to Yamaku High School for Disabled Children... and the game begins in earnest. 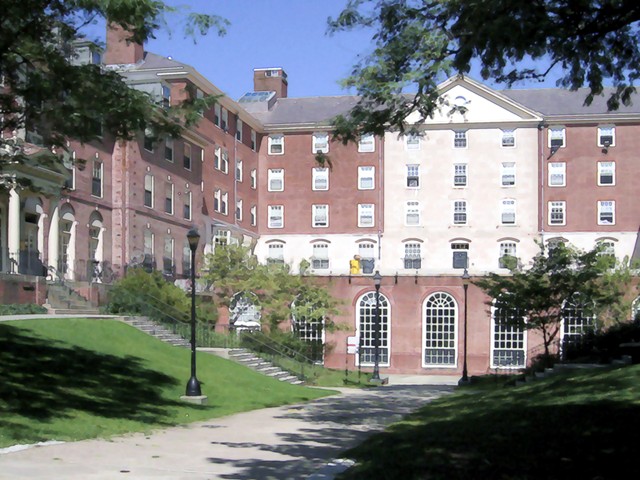 2) THE GAMEPLAY
Katawa Shoujo has nothing even resembling what we here in the US would consider normal gameplay.  Instead, there's a lot of reading of text on the screen, and occasionally the player is prompted to make a decision.  How you choose will usually affect how the story progresses down the line. 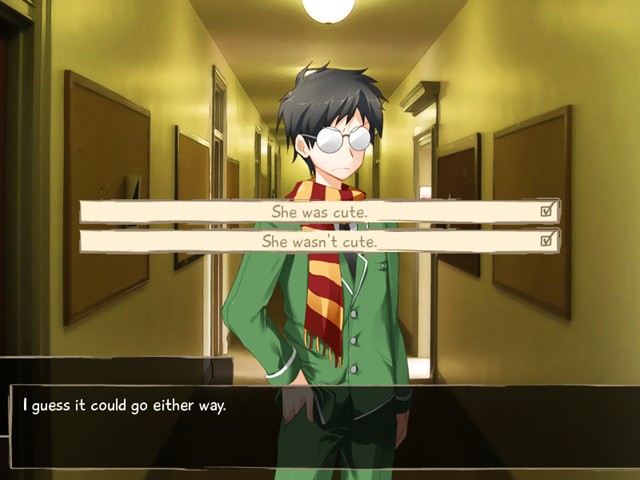 If you think of Katawa Shoujo as a gigantic "Choose-Your-Own-Adventure" book, you've got the right idea.  This is the standard format of ren'ai games, and longer titles are easily novel-length or greater.

3) THE PLOT
Katawa Shoujo doesn't have a single plot, but five.  They all stem from the first Act, which introduces Hisao's classmates.  Of course, considering the school he's now attending, they are all physically disabled in some way.  The choices the player makes in the first Act determines which of the storylines Hisao follows.  Each of the stories is centered around Hisao forming a relationship with a single girl. 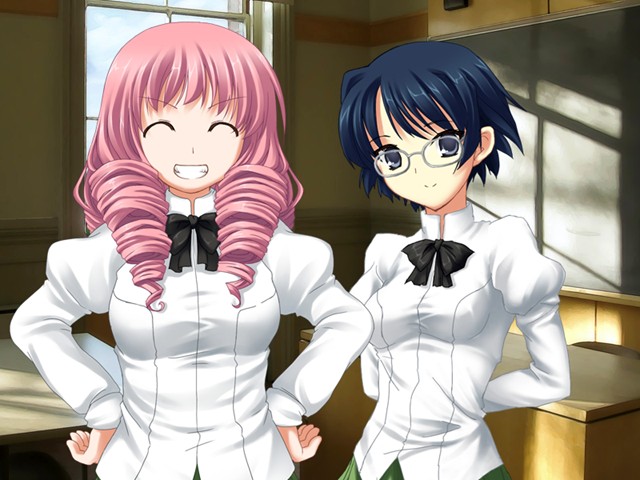 Shizune, with the black hair, is a deaf-mute who communicates only via sign language.  Misha, with the pink hair, is her interpreter.  Combined, they are the entirety of the Yamaku Student Council.  Shizune is the "priority" girl of the two, but Misha's story is deftly woven through hers as well. 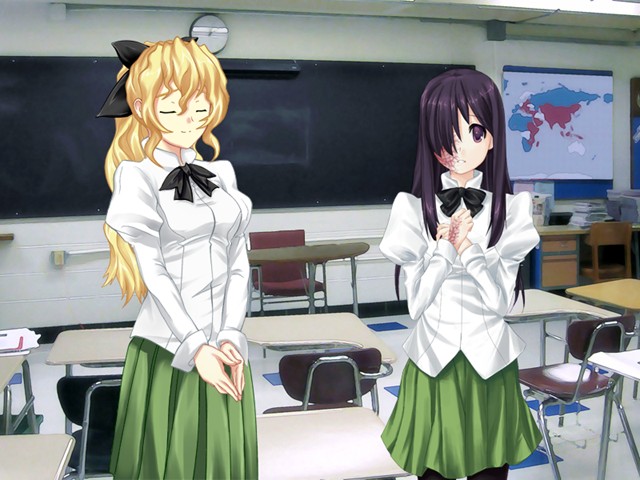 Lilly, the blonde, is blind.  Hanako, with the purple-ish hair, was horribly scarred when her house burned down as a child.  The two of them have separate storylines, but as close friends, both appear quite a lot in each others.  Indeed, Hanako seems to be the impetus for both storylines. 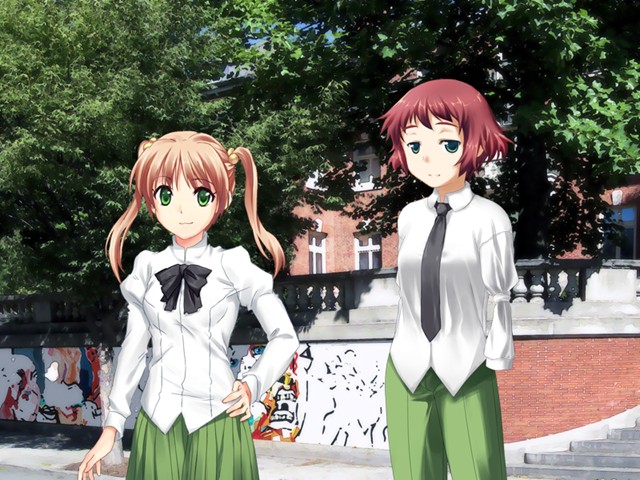 Emi (with twintails) lost both her legs below the knees in a horrible car crash.  Rin (with red hair) was born without arms.  Yamaku paired them up so, as Emi puts it, they "have the normal amount of limbs between (them)."  Emi is the top runner on the track team.  Rin is an artist.  Unlike the other pairings, there really isn't a whole lot of overlap between their stories.  Rin appears a bit in Emi's, but Emi has only a brief cameo towards the end of Rin's. 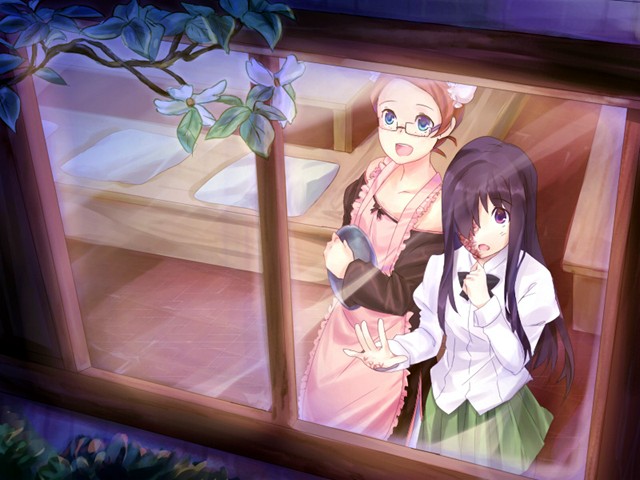 I averaged around five hours for each storyline, meaning there's about 25 hours of "gameplay" involved with Katawa Shoujo.  Unlike most games of this sort, there were five different writers involved, one for each girl.  This gives Emi's path a voice that's distinct from, say, Shizune's.  This goes a long way towards avoiding "reader fatigue" and giving each character a specific and identifiable personality.  Emi is outgoing and a little hyper.  Hanako is shy, timid, almost reclusive.  Shizune is domineering.  Lilly is peaceful and calm.  Rin is... um... Rin.  The player is almost guaranteed to find at least one path that they are particularly fond of... and equally guaranteed to find a storyline they don't like.  This is a feature, not a bug.

4) THE ARTWORK
Visual novels are unique amongst games in that they tend not to rely so much on graphics.  Dialogue moves the story, not the art.  However, that doesn't mean that the art is unimportant; far from it.  The name of the genre says it all: VISUAL novel.  Like the writing, each girl's path has its own artist. 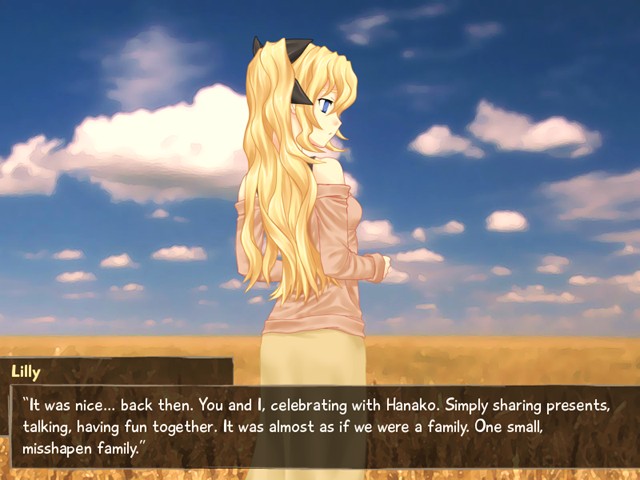 On the whole, the art is good.  The art for Emi is somewhat rougher than the others, but still perfectly acceptable.  This may not be surprising, as all of the artwork for her was redone between the release of the Act I demo and the final release.

5) THE MUSIC
If any one aspect of Katawa Shoujo had to be called better than any of the others, undoubtedly it would be the music.  With genres scattered all over the musical map, the soundtrack perfectly fits with the moods of the game, without being a distraction.  Just take a listen to this, this, this or this.  Sure, it isn't being played by a full orchestra with the Men's Choir of St Stansislav accompanying, but it didn't have to be.

6) THE ADULT SCENES
In my review of Act I, I expressed disappointment at the decision to include adult scenes in the full game.  I didn't think that it would actually need them to tell the stories correctly, and I still stand by that opinion.  Having said that, I'm happy to admit that 4LS did manage to work them into the storylines in a manner that was perfectly natural.

4LS even managed to surprise me, in that one of the adult scenes was actually important to the rest of the story.  What happened made sense, and I can't think of a way to have done it any differently.  The game does have a way to skip the adult content.

7) FINAL VERDICT
Katawa Shoujo is not for everyone.  The subject matter may be off-putting for those too shallow to get past the game's first impression ("disabled girls!").  The type of gameplay won't work for those who don't like to read, or who don't have much in the way of patience; Rin's path in particular is one that requires a lot of effort to understand.  Some people would find the game dull.  If you're willing to put a modicum of effort into a game, however, Katawa Shoujo will reward you handsomely.  A good rule of thumb seems to be that if you liked Kanon '06 or Clannad, two anime based on visual novels in their own right, you will almost certainly like Katawa Shoujo.  Considering that the game was made by a bunch of amateurs in their spare time for no financial gain, it's an amazing accomplishment.  It's certainly better than it had any right being.  Having said that, it's not perfect.  It does show its unprofessional roots in a couple of places (much of Emi's artwork, Shizune's storyline), but on the whole it's an example of what can be done when a bunch of people put their minds to it. 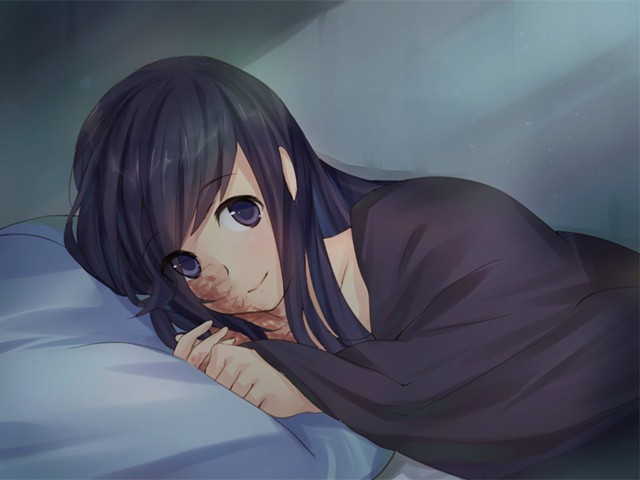 I highly recommend Katawa Shoujo, with the caveat that it does deal with adult themes and situations.  If these may be disturbing to you, don't play it.  Everybody else, you can download Katawa Shoujo for free at the game's website.

Now that the formal bit is done, I'll put my personal tastes behind the spoiler tag:

Going in, I fully expected that either Hanako or Rin would be my favorite of the routes.  I'm shocked to admit that Emi's turned out to have that honor, followed by Lilly.  Hanako and Rin would be third and fourth, with Shizune coming in a distant fifth.  Emi's path not only had the most humor (a surprise in and of itself), it felt the most realistic as well.  There wasn't anything in it that felt contrived.  Lilly's route was probably the most soap-opera-ish of the bunch, but it worked.  The routes for Hanako and Rin are both so incredibly dense and emotionally charged that I came out of them exhausted.  In a good way, yes, but the effort it took to play them was huge.  Shizune's path is hampered by the fact that she just isn't very likable and her family is... ill-considered in all respects.  I'm not sure what the writer was attempting with her father, but whatever it is, it didn't succeed.  Unless the point was to despise him and want to quit the game whenever he came on-screen, in which case the writer succeeded beyond the realms of possibility.  Misha too drove me up a wall, particularly in Hanako's path.  I'm trying to ignore the fact that Kenji exists at all.


Once you're finished playing Katawa Shoujo, you should give its idiot cousin, Katawa Crash, a try.  My record is below, and would currently be 8th all-time for distance if I could figure out how to submit it to the KC scoreboard. 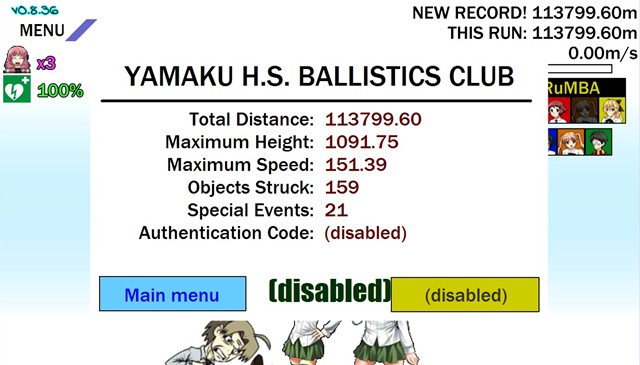