Japanese Military Animation: Then And Now A couple of years ago, I learned about an movie titled Momotaro's Divine Sea Warriors.  It's considered the first Japanese feature-length animated film and it was released in 1945.  As you can imagine, it's obviously a propaganda piece, and all copies were seized and destroyed after the war... except for one.  That one copy was discovered in 1983 and rereleased the following year.  Ever since I found about about the film, I've desperately wanted to see it, but the only digital version extant was a poor quality copy with sound so muffled that it was impossible to understand (and subtitle).  Until recently, that is.  A copy has popped up at BakaBT, and while it's still not subtitled, it's also not exactly difficult to understand what's going on, as it was meant for children.  It celebrates the paratrooper attack on Celebes at the beginning of the war, and surprisingly got some of the important details correct... I learned about the action from a book with the poetic title of Blossoming Silk Against The Rising Sun.  I just finished watching the movie, and some little bit of insight struck me afterwards.  You see, earlier this week, I watched Strike Witches: The Movie.  Let's take a comparing look at the two of them: 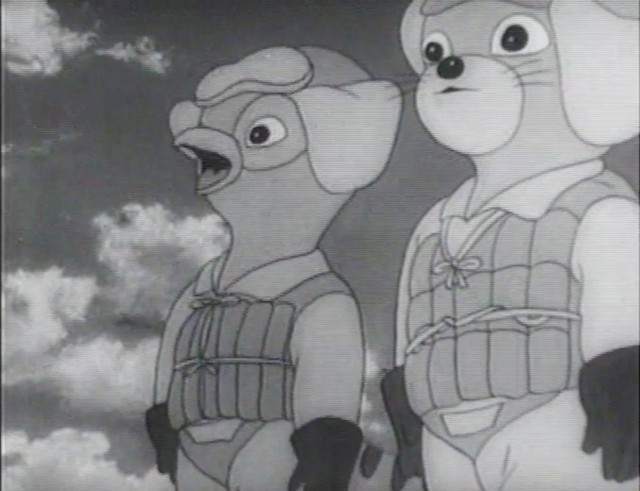 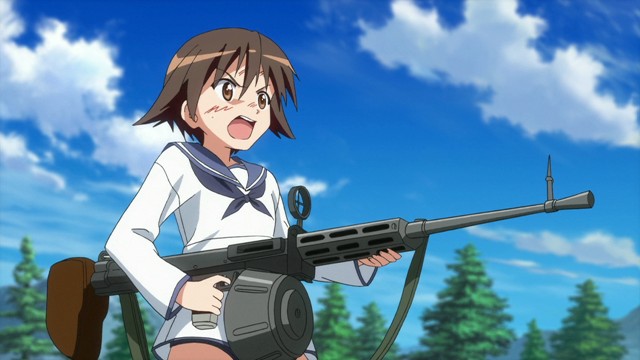 I suspect that somewhere, Mitsuyo Seo, the director of Divine Sea Warriors who passed away in 2010, is either smiling... or whirling dervishly in his grave.  One of the two.  It's not impossible that he had actually seen the Strike Witches tv show.  I'd love to know what he thought. 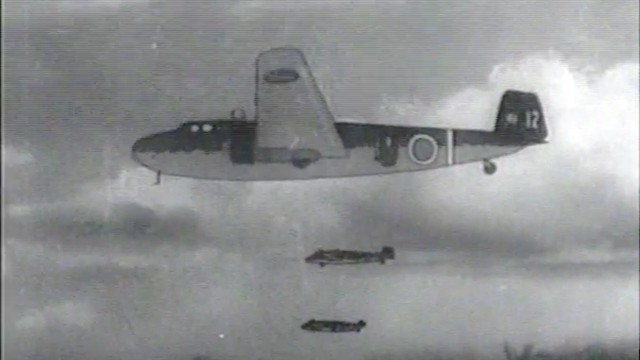 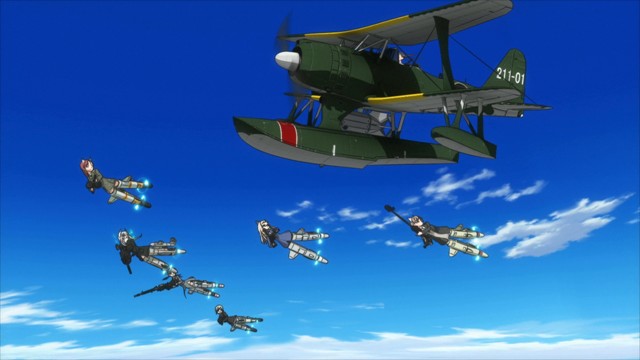 While what is obviously meant to be an A6M2 Zero is seen briefly in Divine Sea Warriors, the plane we see the most is the Mitsubishi G3M "Nell", the twin-engine predecessor to the better-known G4M "Betty".  Meanwhile, in the Strike Witches movie,  the Mitsubishi F1M "Pete" is rather overshadowed by the magical girls of the movie's title.

Really, the Divine Sea Warriors film is something of a perfect storm for me.  True historical anime and military history both?  Excellent!  It's not deep... heck, it really isn't all that good... but it's a classic, nevertheless. 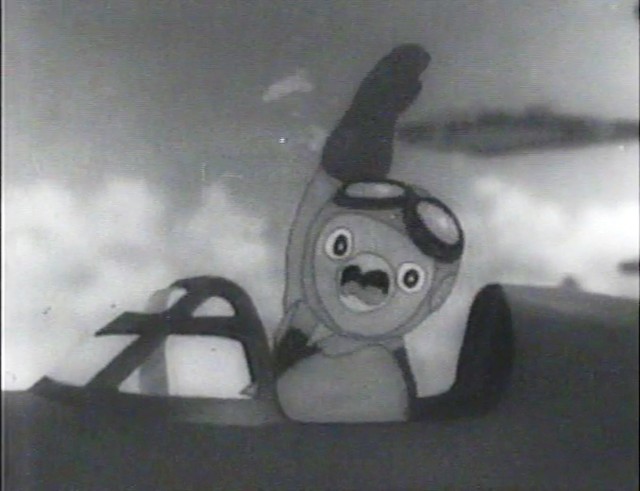 They both do anthropomorphificiation, to boot.