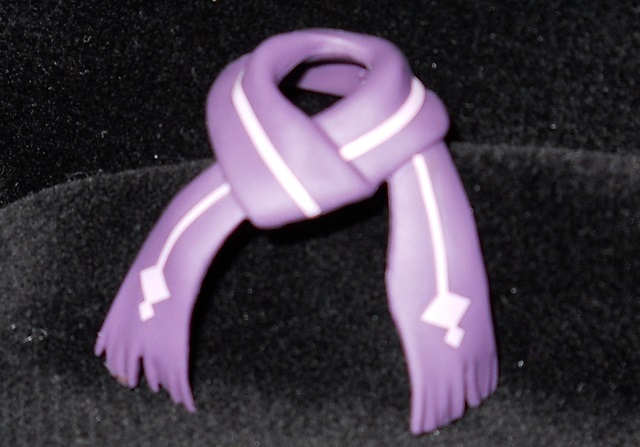 You're here!  Good.  I saw this figma for sale, and I knew two things.  One, I had to own it, and two, the first picture I took had to be this: 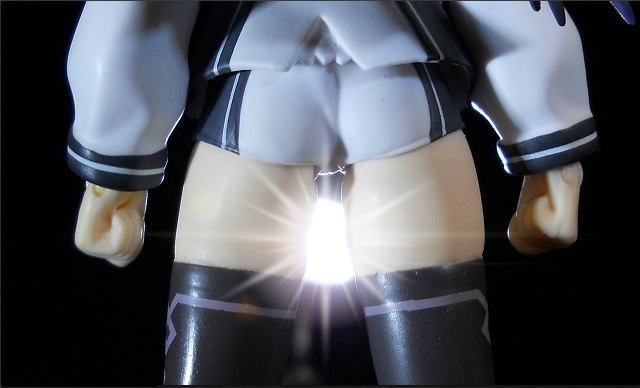 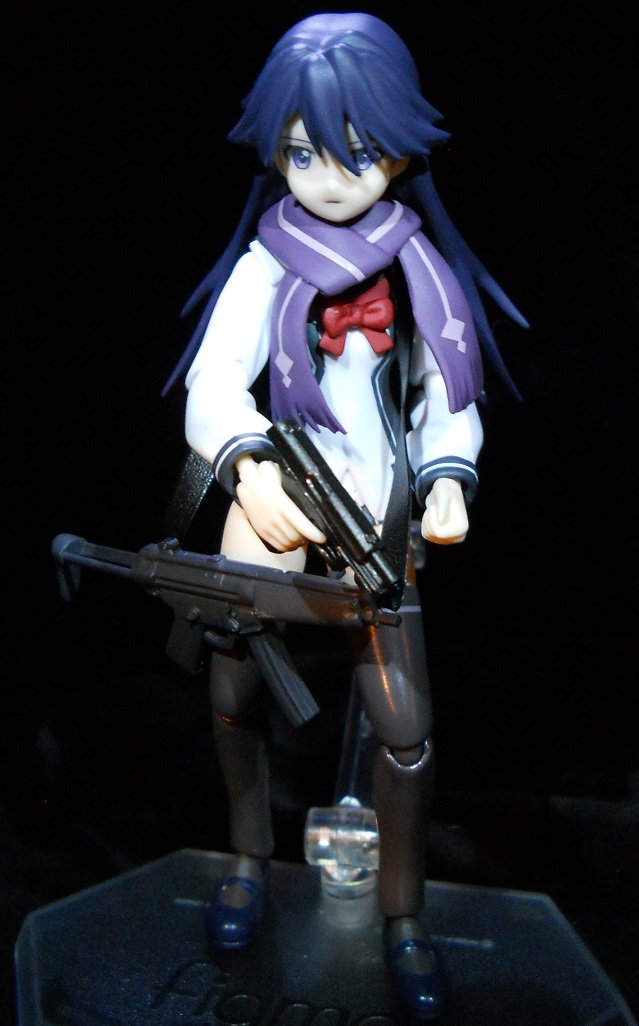 A heavily armed Hot Dark Girl Rei, I might add!  No trigger discipline, but oh well, nobody's perfect.  We see her with the MP-5 in Ep05, as she assaults the Phlebotinum Engine using conventional means.  I don't remember her with the pistol, but I'm hardly infallible.  Heck, I misspelled "infallible" just a second ago. 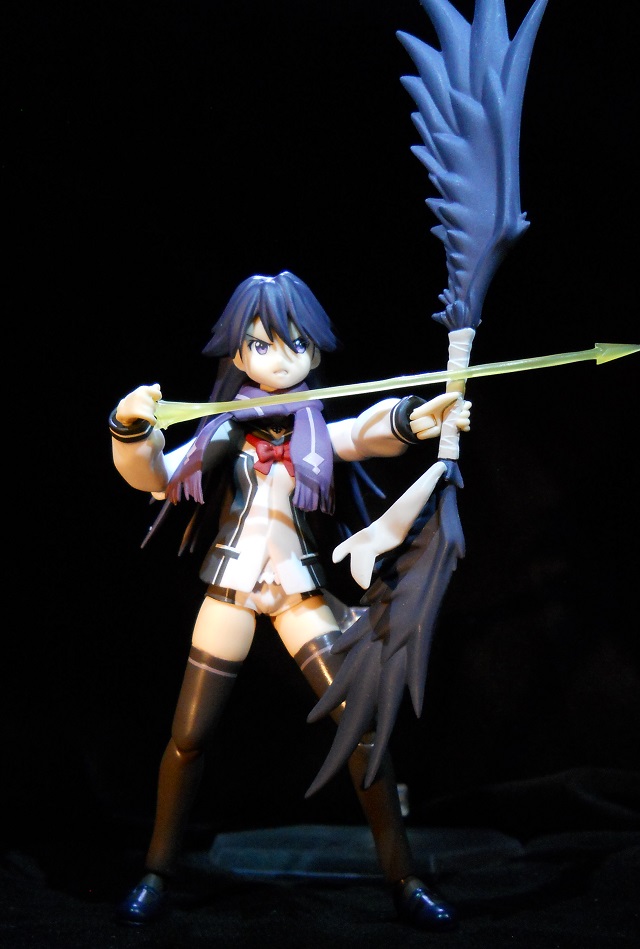 Oh, my.  I'll tell you, it was a royal pain in the arse getting her into a halfway legitimate archery pose... figma arms just don't bend the right way to "hold an arrow"!  Human shoulder sockets and flexible elbow joints for the win!  I only just noticed that The Kickass Scarf is levitating in this picture... oh well.  This is me really not caring very much, I'm really quite pleased with the way the pictures turned out.

So there are two more figma (figmas?  figmae?) sitting here on my desk, waiting for their particular moments in the sun... any guesses?  There's only 211 released, plus specials!