Definitive AMVs Let me explain the title.  In my mind, there are certain Anime Music Videos that capture the spirit of their subject so well that it becomes the (say it with me) definitive AMV for it.  It could be a character study, or an overview of a particular series, or less often, the AMV is practically synonymous with a song.

To me, it feels like it's clear almost instantly that "this is it, this is the one!"  It will come as no surprise to me if people disagree with my choices... I can't help what other people think, even if they're terribly terribly wrong... but that's the beauty of this sort of thing.  If you and me think entirely alike, one of us is superfluous, right?  Enough chatter!  Let's get to watchin'! 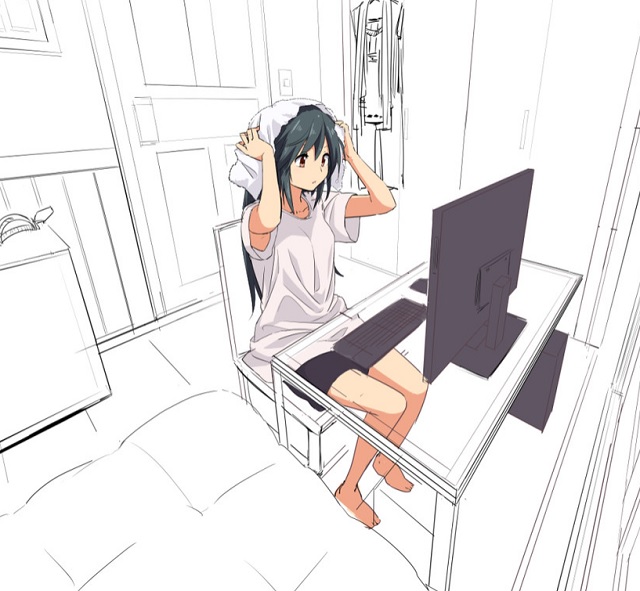 Don't be overly surprised if I've mentioned one or another of these before, by the way.  They're just that darn good.

Instead of a series, this is a character study.  Of the hundreds of AMVs that were spawned by the adventures of the SOS Brigade, I don't know of any that tell you about the main character as well as this.  Obviously the lyrics and the actual story don't quite match, but it's close enough for my tastes.

For a while there, Cowboy Bebop AMVs nearly outnumbered Linkinball Dragonball Z vids.  The difference is, many of the Bebop videos were actually good.  This one, which I've never actually seen a real title for, is far and away my favorite of the bunch.  The wackiness of the Gorillaz tune team wonderfully with the quirky Edward Wong Hau Pepelu Tivrusky IV.  The character is probably the only one that I like in Bebop, with everybody else being too cynical, too stupid, or too broken for my tastes.  I can watch this one all day.

Engel - Asuka Langley
A particularly vicious bot has done a great job of muting the audio track of all the copies of this AMV in the original German, so here's a link to it over at DailyMotion.  Actually, this is a link to the scene-by-scene remake of the original using DVD footage, as opposed to Kevin Caldwell's 1999 AMV with less-than-stellar VHS source footage.  And really, after this one there was no need to ever make another Asuka video again.  The lipsynch (in German, Asuka's natural language no less) is spot on, and the whole video oozes attitude that anybody who's seen NGE will recognize.  Damn few NGE videos come close to this one, let alone as a character study.

Please note that this is the original TV version of Hellsing, as opposed to the batsh*t insanity of Hellsing Ultimate.  Sadly, this video is probably the very best way to experience the original Hellsing, because it isn't a particularly good show.  I've long said that it's a great series to look at, but awful to actually watch... which means it's a GREAT source of AMV footage.  While there are better Hellsing videos out there, this is the one I remember... hell, I think it got me to buy the series!  This was also my first exposure to ES Posthumus, which makes it a win-win all 'round.

So that's just a few Definitive AMVs... what say you?  Got any yourself?

1 You picked some good ones there.  Engel and She's Just Oblivious are among my all time favourites as well as being definitive for their respective shows.

The other that springs immediately to mind is Hold Me Now for Princess Tutu.  It's not technically astounding - it's ten years old after all - but it works remarkably well despite sounding nothing like the music from the series.

2 I've posted a lot of *good* AMVs, but only one really pops into my mind as being definitive along the lines that you're talking about here.  She Bangs by Ricky Martin paired with footage of Lina Inverse from Slayers.  I won't link the video, although you can find it on YouTube.  It's not actually very good.  But the idea is fantastic.

An early Nanoha AMV using Meatloaf's Modern Girl almost works well, but the ending of the song just doesn't fit Nanoha at all.  It's great until then.

3 Yep, good picks here indeed. I actually went and picked up that "Sharada" song because I liked it in the MoSH AMV so much.

There's a good ErMaC video for Wings of HonnÃªamise set to Foo Fighters' "Next Year" that I think is as good a match-up for that film as you're going to find. (And yes, I still love the BT "Satellite" video more, but it's not the kind of "fit" you're talking about.)

I also offer up the great character-study (of sorts) AMV from the early, early days: Madonna's "Material Girl" set to Ranma 1/2, focusing on Nabiki Tendo. Pulling off halfway-decent lip-sync in those days, even.

4 Oh, just thought of another definitive one - All-Star for Irresponsible Captain Tylor.

That Material Girl one for Nabiki is great too.  Best character in the show.

5 Man, 90's Anime has such a distinct look. Although I don't think I ever saw Irresponsible Captain Tyler.
Kinda want to now.

6 Pixy, I considered putting Hold Me Now on the list, but there's one tiny problem with that...

I love the AMV though, and have the song on my mp3 player... it's always a treat when it pops up.

7 You must watch the rest.  It's the best anime of all time about a duck saving the world through the power of ballet.

8 Mauser, I highly recommend Tylor. It's ridiculous in a somewhat Nadesico kind of way but with a more satisfying story construction and conclusion.

(I was recently subjected to Nadesico for the first time. Boy howdy did that leave me cold.)

9 Of course, I've always wanted to do a video with Bagi to Devo's "Pink Pussycat"....

10 Nadesico is a weird, weird series. You have to stick with it for a few eps before it gets good, and then it keeps getting better for most of the series. I am more tolerant of the beginning during a rewatch.
I usually rewatch it when sick and stuck at home, along with Shingu.

11 I slogged through the whole Nadesico thing, believe me. I kind of get why people love it! I do! It bounced off of me like a rubber ball off of steel plating, though. I know it's (generally) a comedy but when most of the lead characters can at best be described as "situationally intelligent" and our main POV character mainly gets by on "the power of yelling louder," it's a really hard sell.

Then we turned around and watched all of Mouretsu Pirates, from the same director (albeit much later in his career). I love that show. I suppose a Stellvia re-watch is in order to complete a trifecta of Tatsuo Sato shows...