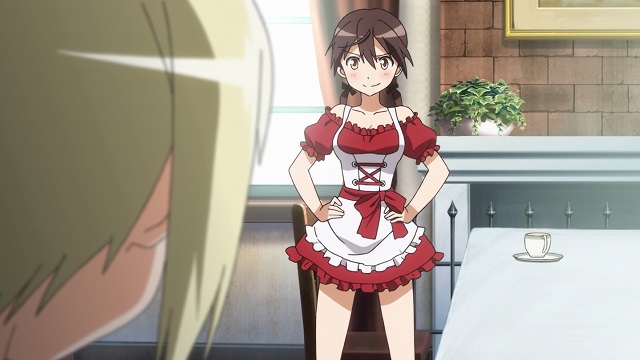 Because I can, that's why. 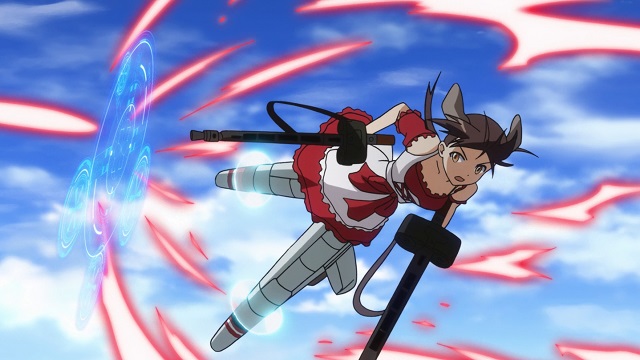 Because why not?  It's not like I hear you complaining. 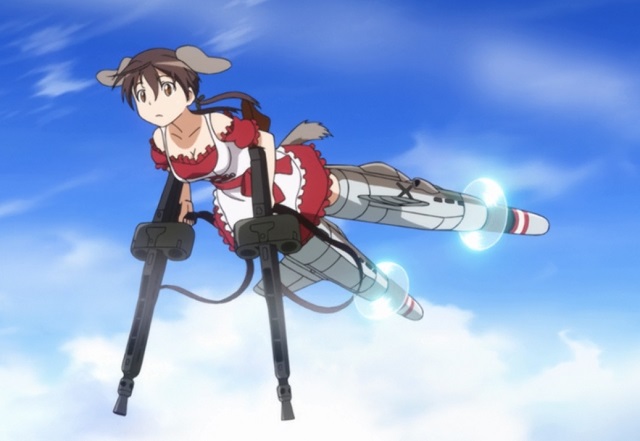 Actually, it's more like "it's not like I can hear you complaining."  One advantage of a blog, that.

I'll give you a complaint...

These three episodes fit into the continuity between the end of the second series and the beginning of the movie, and during that whole period Yoshika's magic is gone. Which means she can't fly.

So why do they show her flying in the OP?

2 A different complaint: Why was Erica so bitchy at the beginning?

3 So why do they show her flying in the OP?

I don't watch OPs usually.  They spoil more than they entertain for the most part.  I would expect your answer, Steven, is "wait for part 2".  Also, Strike Witches fly, even if they can't.

Why was Erica so bitchy at the beginning?