Do you have any idea how hard it is to type like that?  Sheesh.  Anyway, ep5.5, "In That Secret Little Place", is very much a perfect episode of Aria: nothing but filler.  I say that with the utmost of respect, mind you; since there really isn't anything happening in your average show, "nothing" is about as good as you can get!

Alicia is out all day, Aika has work to do around Himeya, and Alice is in school, so that leaves Akari and President Aria with nothing to do.  So, as you would expect, they sit around and play with their Xbox360 all day. they go wandering around the residential areas of Neo-Venezia!  If you think this sounds exciting, then you might be an Aria fan.

We discover that Akari has a bit of an unexpected fetish: 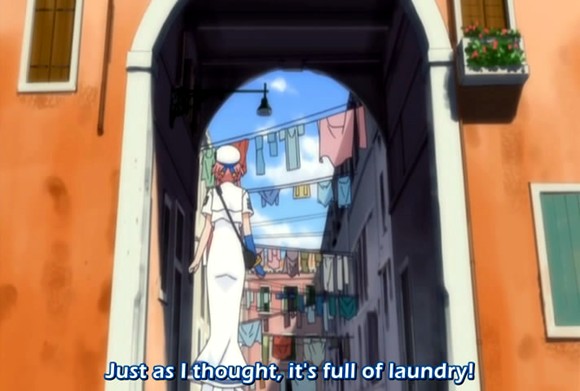 I suppose this shouldn't be surprising... after all, as an undine, she's essentially a rock star; how much laundry does she DO? 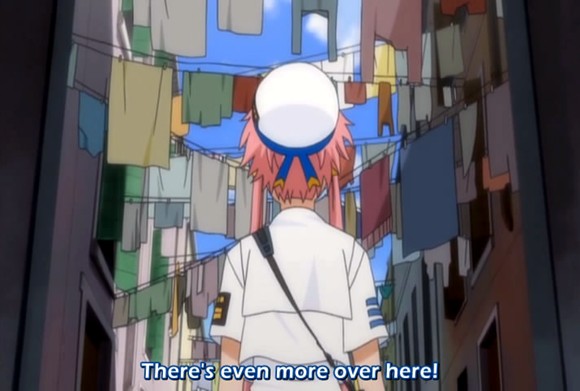 "Wow!  Look at all the damp but drying commoner's clothing!  Kawaiiiiiiiiii!"
Of course, nothing of the sort is even vaguely implied in the show.  Akari really is excited by such things.  Everything is exciting and wonderful to her... she probably can't see the color blue, her glasses are so rose-colored.  Which is why we love her.

Lunch at a nearby outdoors cafe introduces us to one of the normal residents of Neo-Venezia, a man who's been eating at this same place since he was a lad... and he's always gotten the same thing: 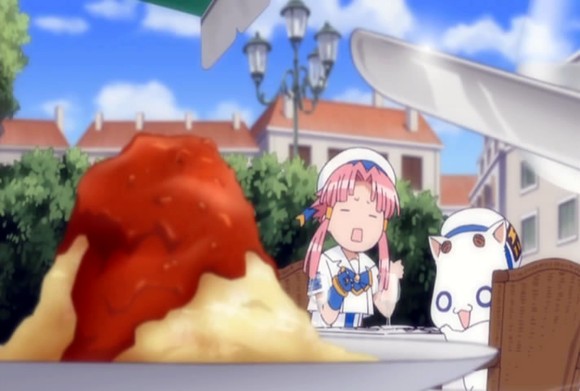 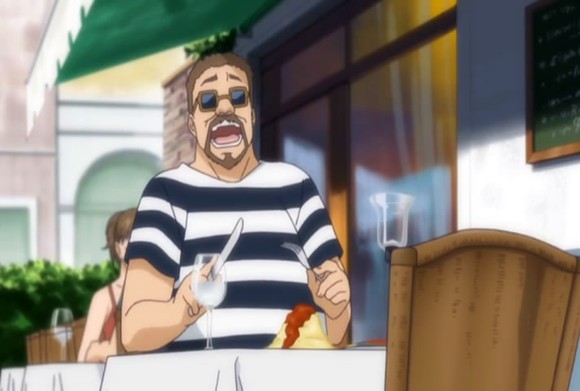 ...and Mr Normal Resident seems amused by the attention.

After a filling lunch, an Alfred Hitchcock film breaks out: 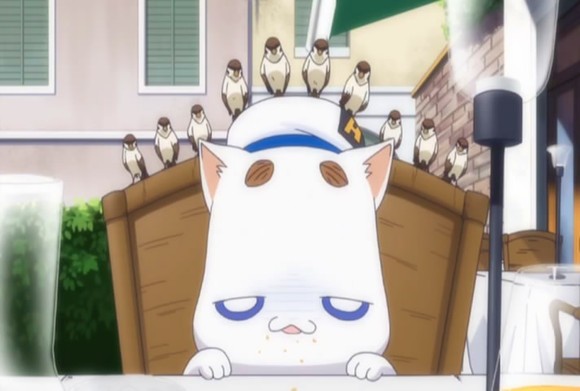 ...and President Aria is devoured by hungry birds: 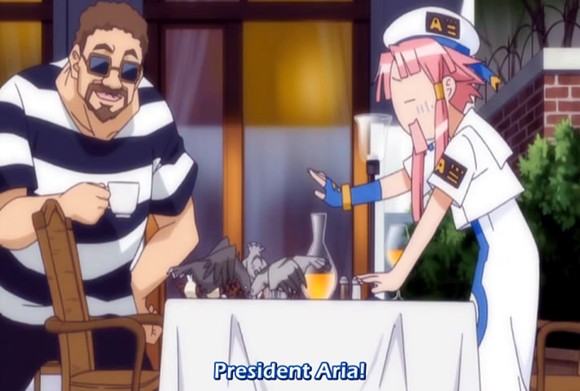 Akari, distraught at the loss of her friend, goes to a nearby petstore for a President-Aria-replacement: 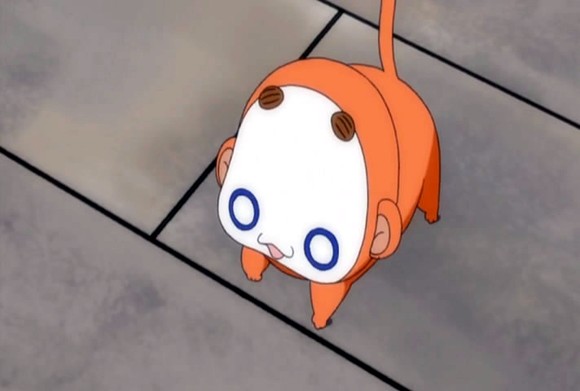 Unfortunately, there wasn't much to choose from.  She buys a monkey, and has a nearby tailor stitch the dead face of President Aria onto it.  The monkey later goes on a rampage and kills seven people, including Akari and Alicia.  It is eventually cornered and put down.

Or... none of the above actually happens, and Akari just buys a "monkey suit" for President Aria.  Take your pick.

Eventually, Akari winds up in her "secret place", looking out over the scenery of Neo-Venezia, warmly happy with her life, her friends, and just... well, everything: 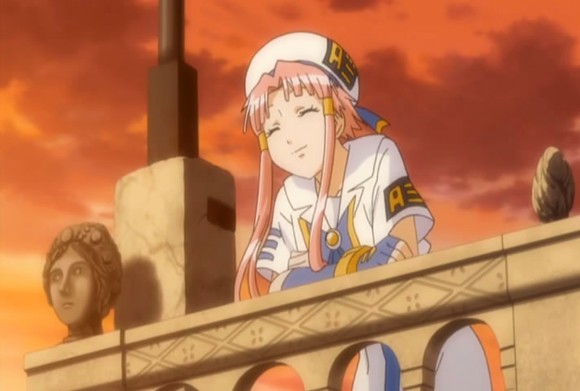 In other words, it's just like every other episode of Aria ever shown.  Which makes it nigh on perfect in my world, and even better as it was a complete and total surprise.  Akari wasn't the only person smiling when it was over: I was, too.

I might just have to rewatch it all now, just on general principles.  Oh, and to get that warm fuzzy feeling, too.  Aria really is unlike any other anime out there, y'know?