A Few Results 1)  Rum & 7up is awful.  Since I can only imagine that rum & orange soda is worse, drunkblogging is not going to happen tonight, if ever.

3) There will be free ice cream tomorrow.  It will be good.  You will enjoy it.  Yes, you will. 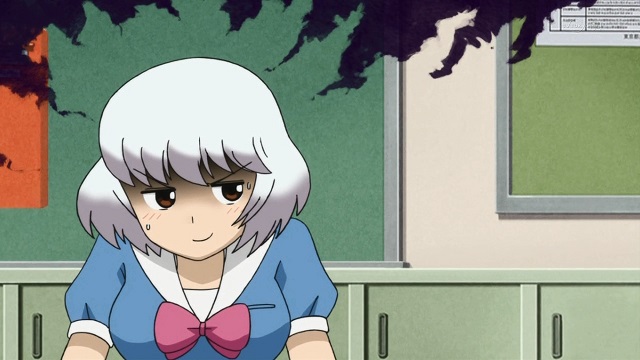 Oh yes... yes, you most certainly will.

2 A while back you said you were going to tell us what was wrong with the third Madoka movie. I hope that's still on the menu.

3 Also, I'm glad the drunk didn't happen. Having been on the wagon for 19 years, it always worries me when I hear that someone else has, or is going to, fall off the wagon. 6 dry years is an accomplishment you should be proud of. Don't throw it away!

4 Eh, it wasn't a big deal, Steven.  I stopped cold because my doctor told me that alcohol didn't mix well with my meds.  It was only later that he meant "in excess", not "a beer or drink here or there."

I mean, I think stuff like the caffeine in a coke or pepsi (not to mention an "energy drink") would be a higher risk to me than a nice Sam Adams...

5 Vodka and Dr. Pepper are also absolutely awful together. It's like the worst cough medicine you've ever had.

On the other hand, Vodka, Sprite, and Orange Juice in roughly equal proportions is a nice combination.  Maybe go lighter on the Vodka.

Haven't had that since College though. I only drink socially, and I have no social life.

I can't drink 7-up (or Sprite). When I was about 3 I got a terrible case of what we then called "stomach flu" (now known as norovirus) and I nearly died. I couldn't keep anything down, and I got dehydrated. I had to spend  a couple of days in the hospital with an IV in my arm getting rehydrated. They also gave me 7-up to drink, which ordinarily we didn't drink at home.

Well, my parents saw this, and thereafter whenever any of us got stomach flu they'd go to the store and buy 7-up for us to drink (and quite often, to barf).

And so it is that I associate 7-up with being violently ill, and cannot drink it.