Updates And Stuff I've been informed that the answer to the question posed in the last post is 2028.  The source, while having a habit of sending detonating kiwi in my direction every now and again, is generally reliable... or I haven't caught him in a blatant lie as of yet, one of the two.  Whichever it is, that means 12 more years before I'm moving to Aqua. 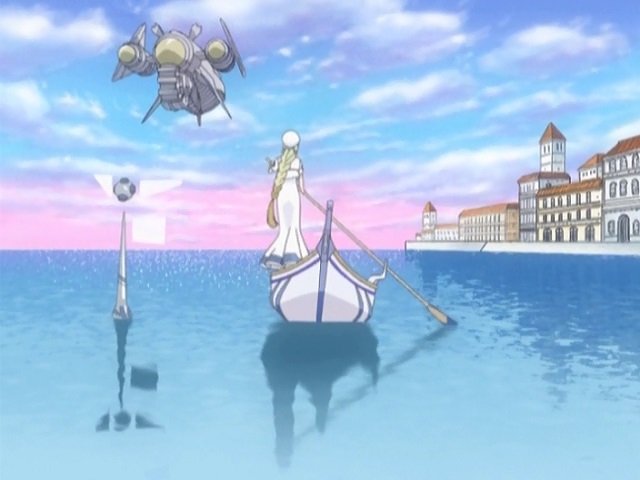 I don't know how Elon Musk is going to build spacecraft with flapping wings, but I'm sure he'll manage by then.  I know we're living in the future already, but "faster please."

All the overtimes are mine.  While that's nice since I can do it at home, if I get caught up in something afterwards, next thing I know it's time for bed.  And I gotta admit, I've been caught by a game.  Again, in this case. 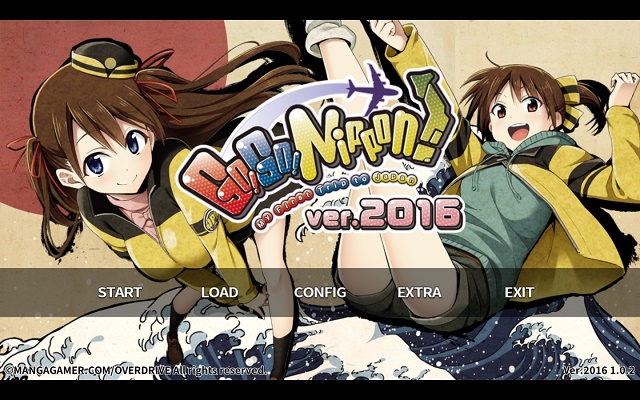 Yep, Go Go Nippon! recently got another installment via DLC.  Six new locations (three per girl), more story options, and a slight shift in tone to boot.  If you remember, the game is something of a guidebook to some parts of the Tokyo area; you're shown these locations by Makoto (left) and Akira (right).  In the previous two versions, the focus was definitely on the locations and information.  While there was a modicum of romantic options, it was totally on rails.  With the new DLC, it seems to concentrate more on the girls, and I think there are multiple endings available for the two.  As I've only played one line of one sister, I'm not sure.  Gotta admit, I'm having fun finding out.  Which is kinda sad, actually.

Not as sad as this, but if it does even half of what it shows in this video, I'll admit to a massive desire to own one.  Because... um... reasons. 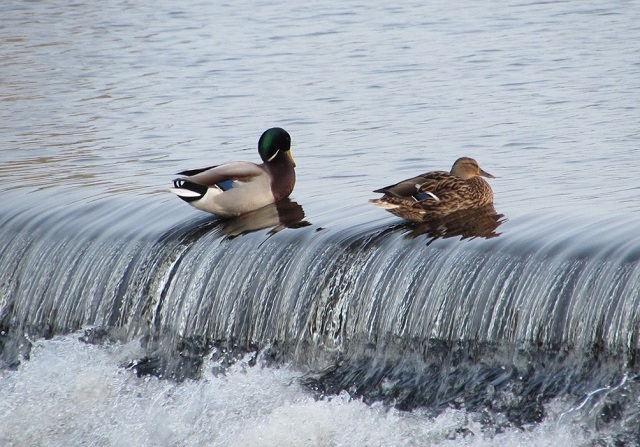 1 I wonder why the ducks perched right there. They like the sound? They like the rush of water all in a particular direction? They know it's photogenic so people will take pictures and possibly throw bread?

It's been a long week so yes, this is what caught my attention...

2 *Watches Video*
And THIS is how Japan achieves a zero Birth Rate....

Does anyone else here think of Murray Walker when they see an anime or game title with multiple "Go"s?

I wonder why the ducks perched right there.

Same reason a dog hangs his head out the window of a moving car.

6 The virtual robot waifu looks interesting. I can see both upsides and downsides to such a technology. Lonely people with poor social skills or no friends and family could benefit by having a simulated caregiver which would relieve their sense of loneliness. Possibly leading to lower suicide rates and dementia.
The potential downside would be that people, especially men, who already have difficulties with socialization giving up on 3D people altogether. As Mauser points out above, this could have a deleterious effect on the national TFR.
Extrapolating further though, imagine this developing into ArmitageIII-type femdroids. That could very well reverse all the social problems. The Stepford Wives were presented as horror, but that's really only from a feminist perspective. I suspect that many men would welcome android wives who embodied the June Cleaver ideal, especially if they could bear their husbands' children.

7 Hey, if they can bring my Hand Maid May figurines to life, I'm in.

8 That virtual waifu is the most sad, pathetic, loser-ish thing I've ever seen.... so how long until they have an English language version?

9 Alas, I never did finish writing the short story where sex androids (referred to by the men as "Fluffers") collected samples from the men in space and returned them to Earth for the women who wanted to reproduce.