The Sparkle Is Off The Rose Some of you may remember back nearly two years ago when I went through that joyous time I liked to call "graphics card hell".  That was the time when my old Nvidia 7600GT went all pear-shaped and I had to replace it.  The first attempt was with a 9800GT... which failed because it was a two-slot card and my case would only support a single.  The second attempt was a PNY GT240... which failed because it was out of stock with no return-to-stock date, which is a nice way of saying "never."  The third and final attempt was the acquisition of a GT240 from a company calling itself Sparkle.  By this time it was very much a case of burning down, falling over, then sinking into a swamp, but it did work.  And it worked very well indeed!  I was quite pleased by my purchase, and to be sure it was a lovely card and all was bacon and chocolate and chocolate-covered bacon. 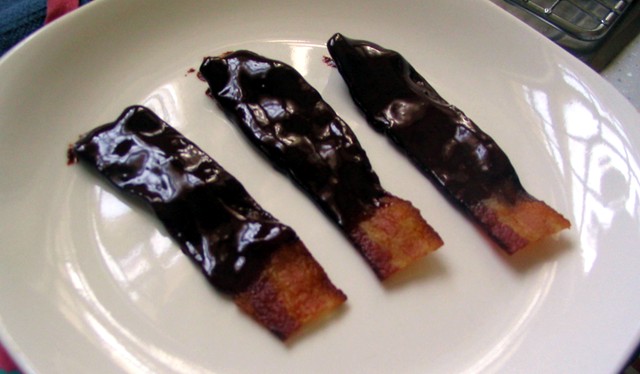 I had no idea that was a thing... though I shouldn't be surprised, should I?

However, three months ago I had my first inkling of a problem: a high-pitched squealing noise issuing from the innards of my computer.  When it occurred, the first couple of times, a sharp rap on the case with my knuckles ("Bap!") usually made it stop.  Then it stopped for good on its own.  Since everything seemed to still work, I let it go with a shrug and a muttered oath: "Computers."  Which was fine, until I decided to play me some Skyrim.  Booted up the game, began to walk around, saw a bear come at me, drew my sword... and the screen went blank with a "no signal" message on it.  Meanwhile, the sounds of a bear eating my character began to emanate from the speakers.  Since I couldn't actually see anything, the only way I could reboot was to do the old "hold down the power switch" gig.  Then I tried it again, thinking that I must have accidentally done something to glitch the game.  Nope.  Same thing occurred, but faster this time.  Over the next few days, I experimented with other games.  Trine went for about 5 minutes before it did the same thing.  Hell, Motocross Madness 2 blacked out after about 15 minutes.  Some research pretty much confirmed my problem: overheating.  The squealing sound?  Death of the cooling fan on my Sparkle.  So I hied myself off to Amazon and got myself a new graphics card. 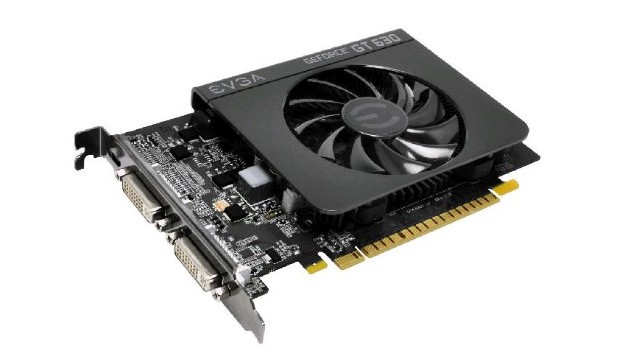 The GT630 is hardly a powerhouse... it may not even be as good as the Sparkle, to be honest.  But I don't much care at the moment as this whole experience has just pointed out to me that Chiyo-chan, my smart and lovely computer, is seven years old and essentially un-upgradeable anymore.  So the GT630 is only a stopgap card (and at $65, not an expensive one, either).  In about a month, the new school year begins at Duck U.  I think that as a "huzzah, you've survived!" gift to myself, I'll be getting a new computer... and that's if I don't get one before that.  I already have a name for it picked out... and that's the important bit, y'know.  I will, of course, keep you updated as the process goes on.  God help us all.

1 Thank goodness for decent budget card options. Used to be, buying the budget card was something you did so you could play Solitaire because Haruhi-sama help you if you tried to play a serious game. Now it's just a matter of dialing back on all the bling-mapping and such.