Oh We Gots Trouble... I have something I'm working on, something that I want to get done for this here blog thing.  It's just that, every time I get home from eight hours on the computer, I try to blog and... I find myself distracted by something bright and shiny.  Dinner.  WoWs.  The House Steiner sourcebook (or indeed, any of the Inner Sphere sourcebooks).  Re:Zero.  Something.  So blogginating is taking a back seat to that sort of thing.  Unintentionally, I might add... it just keeps happening that way. 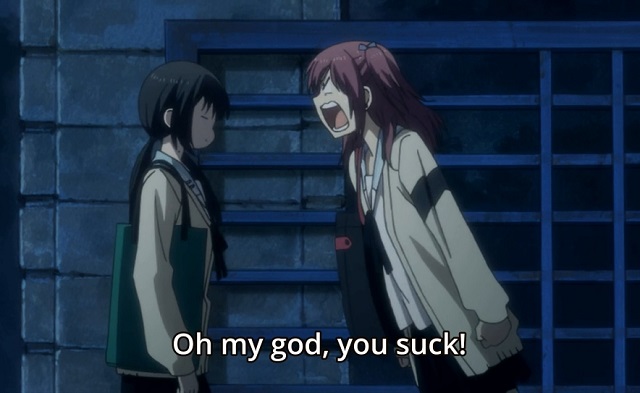 So, um, yeah.  Bear with me, 'k?  I can't promise it'll be worth it, but I can promise there'll be something eventually.  Good deal?  Good deal.

2 You're doing more regular blogging than I am. How could I complain?

3 Speaking of Inner Sphere, I watched a demo of an very-pre-alpha build of the new Mechwarrior game that I pitched in on the Kickstarter for, and it looks...

4 Succession Wars or post-Jihad House Steiner? My interest has severely diminished since the  timeskip to 3145 and the Sphere being run by a bunch of Jerks I don't know enough to care about, kicking each other in the shins.

I consider everything past the FedCom Civil War (i.e. Jihad and Dark Ages.) to be non-canon and thus does not exist to me.  BattleTech has always suffered from...creatively loose story and world-building - similar to their creatively loose interpretations of copyrights, whatever TVTropes try to spin it - and how they reset the storyverse with Jihad and Dark Ages was the last straw.

I do like my copy of the House Steiner and House Kurita sourcebooks.  It still pales next to my Field Manual: Federated Suns.

6 As far as I'm concerned, there's nothing canon beyond the era of Takashi/Hanse/Katrina-Melissa/Maximillian/Janos.  Further, the Unseen are Seen and I don't care about the copyright problems.

Once upon a time, before the game was published, I spent an entire day playing Battletech at a local con.  At that time, the Archer was the queen of the battlefield... because if LRMs hit, they did their damage in one block.  So, if a LRM-20s hit a target, it did 20pts of damage to one area.

In testing, I suggested breaking it up to groups of five.  I don't know if I was the first to suggest that, or if it had been mentioned by others in playtesting, but when the game came out, that's how the rules read.  No more blowing clean through a Battlemaster in one volley.

As far as I'm concerned, there's nothing canon beyond the era of Takashi/Hanse/Katrina-Melissa/Maximillian/Janos.

Be careful there - Takashi Kurita and Melissa Steiner were there right through the Clan Invasion.  Which was a reset until the Inner Sphere got better technology.  Oh, and warships of their own.  Or the fact that the Inner Sphere could have easily overwhelmed the Clans with their numerical superiority in conventional forces and having more and better Aerospace forces.

Then again, given that one of my relations got the family name used in BattleTech (Through the virtue of being participating on rec.games.mecha at the moment when BattleTech writers needed a lot of names.), I do have a special place for the Clan Wars.

8 Be careful there - Takashi Kurita and Melissa Steiner were there right through the Clan Invasion.

But the rest were not.  In my world, there was no "Clan Invasion," unless you count the Minnesota Tribe, you betcha.

I actually do not mind the 3025-era.  Back in those days, the Capellan Confederation were evil scum who deserved to be crushed under the banner of House Davion and the Federated Suns.

Of course, I still think Hanse Davion had the greatest line ever in gaming: 'I give you the Capellan Confederation!'

10 I like the Clan invasion era, and don't mind the concept behind the Jihad; I just think the execution of that, and everything since, is terribly boring.  I wouldn't mind 'creatively loose' storytelling if that didn't  mean 'we, the current creators, transparently hate these aspects of the universe, so we're  going to throw nukes at them so they stop existing'

I do not mind the Clan Invasion - but Jihad and Dark Ages reminded me of the Virus from Megatraveller, when GDW realized they had written themselves into a corner with the Traveller storyline and decided to 'kill it all' as the solution to the paradox their narrative had ended up in - as well as allowing them to put Traveller into their universal RPG mechanic.  The flame wars that apparently took place were sights to behold.

Mind you, I can not say of being a fan of the Rebellion setting that GDW used to transition Traveller to Megatraveller - like the Clan Invasion, except it was better written and developed  Which is why every single Traveller system since that time have studiously ignored it.

12 I played the MechWarrior prealpha demo at Gen Con. It seems like something worth playing (good, since I kickstarted it)!
Also, this year I've been playing tabletop Battletech at conventions - up until now I've only done video games and the 1990s CCG. I'm not savvy enough to comment on the actual lore

13 Alas, after the last WoWS update, I stated getting very frequent random disconnects. Then it started to BSOD when I tried to do a clean install. And Now.... epic computer woes (the worst being CHKDSK is running, and it can't be stopped because windows fails to start, so it never clears the registry entry that starts CHKDSK....)