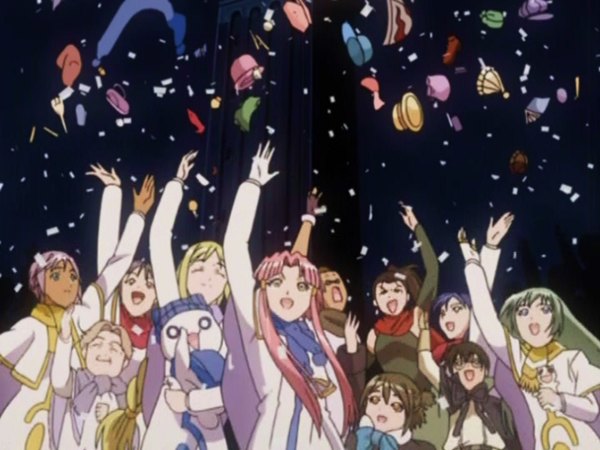 On Mars Aqua, hats fall from the sky when the clock strikes midnight.
It's considered good luck to catch one.
So another year draws to a close.  2007 will go down as quite the interesting one for The Pond.  Consider:

In Formula 1, we had our first season without Slappy Schumacher.  Despite this (or perhaps because of it), the 2007 schedule wound up being completely fascinating.  We had the debut of Lewis Hamilton, the StepneyGate scandal (and the FIA revealing themselves as being totally broken in the process), Kimi Raikkonen winning the championship on the last day via a string of improbable incidents, and HWMNBN revealing himself to be a jealous, evil, fragile prat.  We had Spyker changing into Farce Force India, the fourth new owner in four seasons for the former Jordan team.  Honda dropped off the face of the earth, BMW looked like they're ready to play with the big boys, and Renault peed the season right down their leg.  Then there was the dual Montreal accidents: Robert Kubica almost killing himself and Ant Davidson getting a marmot stuck in his front wing (ew!).

In anime, KyoAni continued their "beautiful show" dominance with Kanon '06, Lucky Star, and Clannad.  Like the shows or not (and I did, all three), it's hard to deny that they're all amazing to look at (even Lucky Star, which was supposed to look cartoony).  Overall, the year wasn't the greatest in history, but there were quite a few good shows.  I loved Hidamari Sketch, Sketchbook ~pure color'S~ and Minami-ke, there was a new Ikkitousen series (which I liked, god help me), there was a fantastic live-action adaptation of Death Note, and I discovered both Aria and Yokohama Shopping Trip, too.  Bamboo Blade and Kimikiss both came out of nowhere and blindsided me completely.

But, most importantly (to me, at least), was the successful decanting of my first AMV, "...Angel."  Less important but annoying to me is my complete inability to follow it up with a second AMV.

In other stuff, Chris Benoit died after killing his wife and son, a bridge I'm quite familiar with collapsed in Minnesota, the Chicago Bears played in the Super Bowl (and lost, durnit!), the Cubs made it to the playoffs (and lost, durnit!), and the Phillies lost their 10000th game.

But most importantly, you folks, my readers, kept coming back to visit The Pond, giving me a reason to write about all the above stuff.  For that, all I can say is thank you. 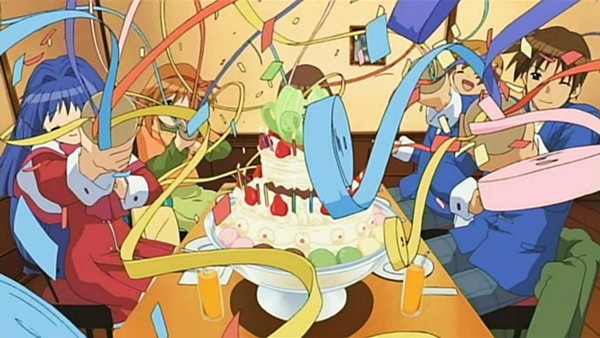 1 I'm no particular fan of anime (though I am trying to learn enough to keep up with my teenager) or F1 racing, but you're one of my regular reads because of the quality of your writing.  (Well, that and the ducks.)  Keep up the good work!

2 "...you're one of my regular reads because of the quality of your writing."

Are you sure you're at the right blog, Mike?  (Seriously though, thank you very much!)