F1 on TV: Great Britain 2015 There was once a time where Silverstone was my favorite circuit on the calendar.  The track was just about as perfect as it could be.  The racing was thrilling.  The fans were insane.  But those days have gone, demolished by a remodel of the track.  And here the F1 Circus comes again, once more to the old RAF airbase.  Let's take a look at the map, shall we? 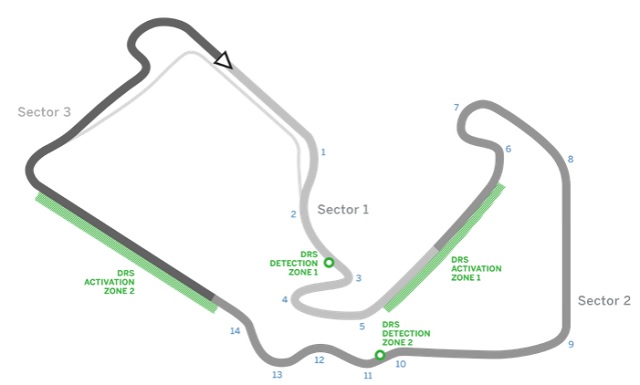 They moved the start-finish line, they added a whole new section in a pointless arena complex, and they managed somehow to make me stop loving my favorite track.  Good job, F1!  You must be proud... or you would, if you cared about American F1 fans, which you don't.  Which is a pity.  Its not like some of us aren't the most passionate followers of your sport around or anything.  Heck, I don't even count myself among that number, and I've still written about F1 since 2005.  Along the way, I've either created new fans or brought lapsed fans back into the fold via my readership, but because I'm in Duckford, not Duxford, I'm not important in the eyes of Formula 1 or Bernie Ecclestone.  Don't get me wrong, I'm not saying I have all the answers... or indeed, any answers at all... but I can tell you that I'm kinda tired of being considered a second- or third-class citizen in the eyes of my favorite form of motorsport, which it must be said is rapidly descending  towards second-class status in MY eyes.  It's too bad full races in the World Endurance Championship are so rarely shown here in the US.  Just sayin'.

NBCSN has decided that either the Tour de France or English Premiere League soccer is more important than F1, so off to the hinterlands of CNBC goes the Circus.

I apologize.  I'm bitter all around right now.  Drug dopers on bicycles and floppers acting like their spine has been shattered when someone pats 'em on the back... now that's entertainment!

So if Silverstone is no longer your favorite track, which one is?

The Bianchi Incident hasn't change my opinion, either.