F1 on SPEED!: China 2011 From Kuala Lumpur, Malaysia to Shanghai, China is 2307 miles, or roughly a six hour flight.  That's just a hop, skip and a jump for the F1 Circus, and that's why we've only got our first back-to-back races of the season.  This weekend sees them racing at Shanghai International Circuit, yet another of the interminable Tilke tracks.  Let's take a look at the map, shall we? 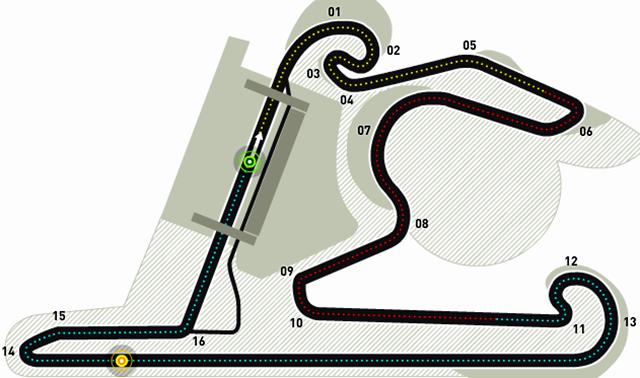 Last year, I was somewhat... rude during the "F1 on SPEED" entry, but was forced to eat my words (or lack of them) after the actual race, a chaotic affair that earned the honorable mention for Race of the Year in the 2010 F1U! Awards.  It brought us both the Move of the Year and the Mooooo-oove of the Year as well.  Amazing what a little rain can do... it can turn even a Tilke track into one of the most exciting layouts!

Okay, I'm done gushing.  The last three races here have all been run in the wet; this made them exciting, but that's in spite of the track, not because of it.  Fortunately, the forecast is for rain this time around, too... just like Malaysia.  *sigh*  I dunno, flip a coin and let me know how it turns up, okay?

Of course, the good people of SPEED will be providing all LIVE coverage for this race... no more "plausibly live" coverage of Quals anymore!  It all starts Thursday night from 9pm to 1030pm, with streaming coverage of 1st Practice... maybe we'll get another locked wheel or something exciting like that!  P2 comes along from 1am to 240am Friday morning on SPEED itself.  P3 is streaming from 10pm to 11pm Friday night, in preparation for Saturday's Quals session from 1am to 230am.

Then comes the big one, the 2011 Grand Prix of China, live from 130am to 4am Sunday morning!  There's probably a replay, but I can't be arsed to find out when it is.  Heh.

Of course, all times are Pond Central.  Add an hour if you're in Atlanta, subtract two if you're in San Francisco, and if you're on the Moon, add 1.29 seconds (assuming your base is directly over either The Pond), more or less.  Hope you have a lot of oxygen bottles.  Drop me a line, will ya, I'd like to hear from The Pond's first off-planet reader!